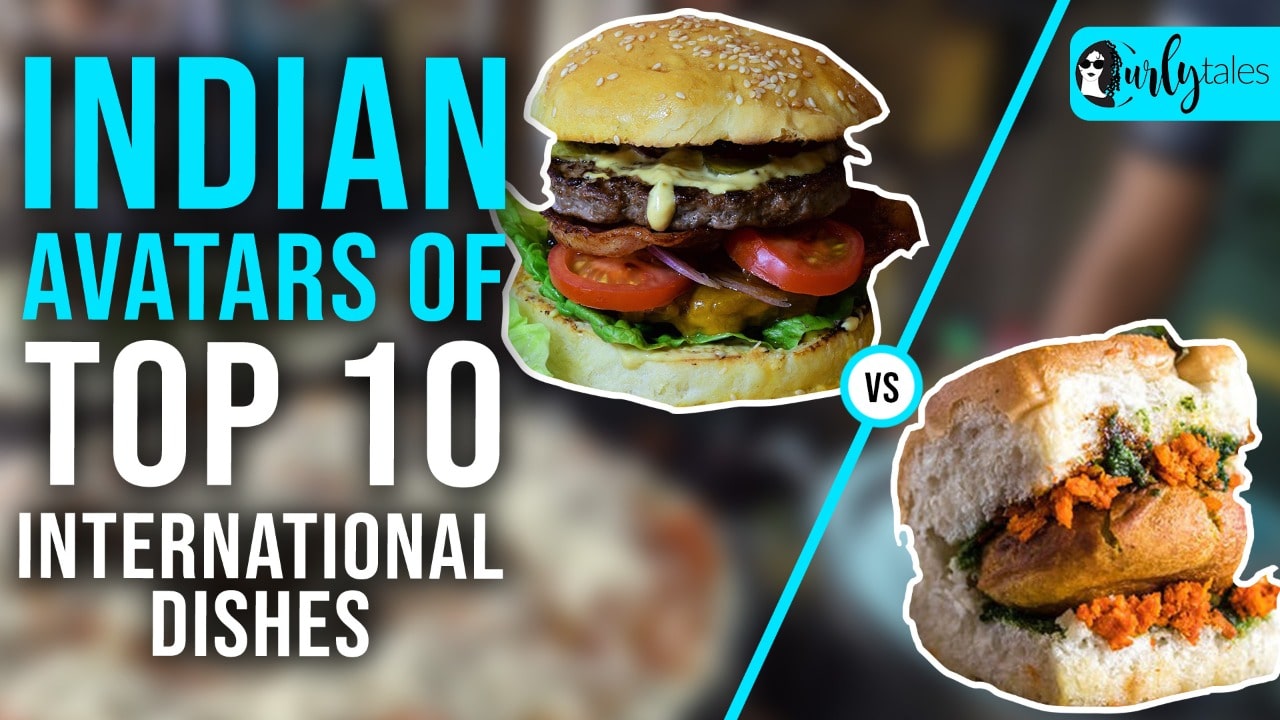 If I ask you one dish that you’re craving for right now, I know majority of you would choose some sort of fast food like a burger or a pizza. While to each his own, our Indian food, which is usually packed with flavor and punch, isn’t far too behind. After all, most of them made it to the Top 10 Most Searched Recipes On The Internet during the lockdown according to Google Trends.

But as the #Vocalforlocal agenda gets stronger day by day, we decided to come up with a list of Indian dishes that could very well give a tough competition to their international counterparts. So let’s get started.

All you burger-lovers will agree that our all-time favourite vada pav is called ‘desi burger’ for a reason. The crsip vada along with the rich lasoon ki chutney is not just easy on your pocket than a regular burger but also filled with goodness.

Think, tapri ki chai and vada pav on a rainy day. Isn’t it the perfect combination ever! A burger can never give you the same simplistic joy that our humble vada pav can!

While Italians may have their risotto, we have our khichdi topped with dollops of ghee. I don’t think there exists any greater comfort food than our ghar ki khichdi. And no risotto can ever come close to something like it.

If you think about it, a pizza puff is almost like a samosa. Both are deep fried and both are filled with delicious fillings. But samosa along with the teekhi and meethi chutney gets extra points for being crunchy. And of course, it makes for a perfect evening snack.

C’mon, giving an Indian twist to Chinese food is in every Indian’s DNA. And hence, raste ki chowmein with Indian spices and sauces is definitely more preferable than going for the regular Chinese noodles, don’t you think?

You may think this is a ridiculous comparison. But we have a point to make. Paratha as a dish is so versatile that it can be mixed with any toppings you like and voila, you have your desi version of pizza ready!

Don’t believe us? We have examples. For every cheese pizza, there exists a cheese paratha, for every chicken pizza, a chicken paratha. Get the drill?

You’ve gone mad over doughnuts, but have you tried our desi version of doughnuts: the ever-so delicious balushahi. Balushahi is exactly similar to a glazed doughnut in terms of ingredients, but differs in texture and taste. Because extra sweetness is the USP of every Indian dessert ya!

Mashed potatoes are so yesterday; you need to try its desi sibling, which is called the Chokha, popular in Bihar and Jharkhand. But unlike mashed potatoes, this one is made with brinjals or tomatoes or potatoes, or a combination of all 3 of them. So you choose, which one’s more healthier?

Also Read: This Is How You Can Make Bread Rasmalai At Home

You can have the richest milkshake topped with all sorts of toppings, but it always stands pale in comparison to a big glass of lassi. Also, the best part, lassis are available in most milkshake flavors. So yeah, you know who the real winner is!

While your box of cookies may be buttery and delicious, our desi naan khatai definitely gives it a tough competition. Not only do they melt in your mouth and have the rich aroma of ghee, but are also enriched with some notes of spice that your regular cookie is devoid of.

Crepes are nothing but thin pancakes, which are again nothing but dosas. While crepes are served with a variety of fillings, so are our masala dosas. And the sambar and coconut chutney make for heavenly sides.

Yes, nachos make for a fun snack. But, we’ve been forgetting this all while that our desi version of nachos was always there: khahra. Perfect to snack on at any point of time and even healthy.

Also, the different kinds of khakra available in the market are sure to put them nachos to shame.

Most Indians don’t even know how to pronounce mojito. Please don’t take any offence but while Mojito is a popular drink while going to any restaurant, our shikanji is no less refreshing. A glass of shikanji is a perfect drink for the summers and somehow seems to quench our thirst better than any mojito ever can.

While a bowl of piping hot Manchow soup is a good enough choice for the winters, a nice bowl of rasam or sambar makes for a cozier blanket on a wintery night!

Also Read: Here’s How To Make Chocolate Cake With 3 Ingredients ( No Oven or Egg)

Yes, burritos make for a perfect on-the-go snack, but our frankies are no less. Made right in front of us in those larger-than-life tawas, and filled with the goodness of cheese and all our favorite fillings, frankies definitely give a tough competition to burritos.

While croissants are known for their buttery fillings, have you ever eaten kadak pav with chai. Trust me, there’s no better feeling than it!

While dumplings are famous all over the world for the various forms they are made in, modaks made in Maharashtra during Ganesh Chaturthi will give all of them a run for their money. Made with the goodness of coconut, jaggery and rice flour, no sweet dumpling in the world can come close to our desi version of it.

So this is our list of Indian foods that stand tall in comparison to International foods. Did we miss any? Let us know in the comments below.