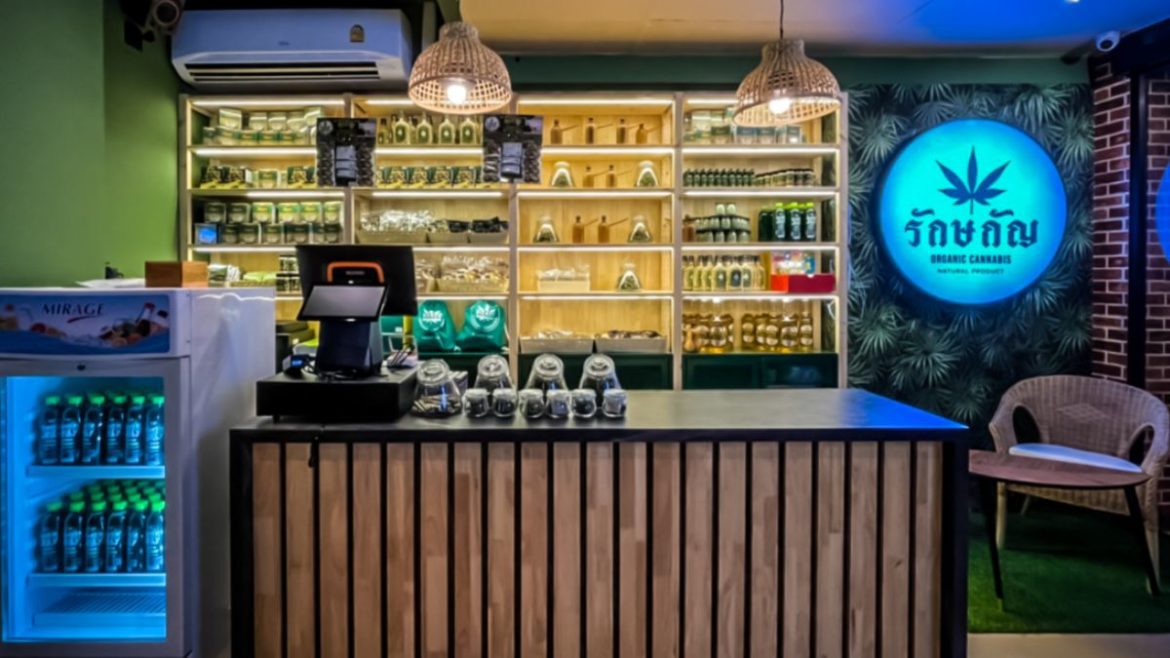 Were you thinking of visiting Thailand? Then you should definitely visit the new “Cannabis Cafe” RG420 located on its most famous road for backpackers, Khaosan. A recent Reuters report revealed that The RG420 cannabis cafe opened its doors to the public just four days ago in Khaosan, and it’s already overflowing with customers. Numerous such outlets have sprung up across the capital since Thailand decriminalized cannabis in June, a few weeks before it dropped COVID-linked controls on foreign visitors. Foreign tourists in Thailand went down from nearly 40 million in 2019 to just 2 million in the first half of 2022. And RG420’s owner and many others like him believe their cannabis cafes are a major source to revive Thailand’s tourism industry.

The Cannabis Cafe Owner Believes Cannabis And Tourism Are A Match

The Tourism Industry is going through major losses in Thailand currently. Foreign tourists in Thailand went down from nearly 40 million in 2019 to just 2 million in the first half of 2022. As such, the new cannabis cafe RG420 attracting numerous foreign travellers within four days of its opening is totally great news. Speaking on the same, the owner of RG420, Ong-ard Panyachatiraksa, and many others like him have revealed that their cannabis cafes could prove a major attraction for tourists. He also revealed how hundreds have been visiting the cannabis cafe every day and he plans to open more such outlets!
“Europeans, Japanese, Americans – they are looking for Thai Sativa,” Ong-ard told Reuters, referring to a cannabis strain. “Cannabis and tourism are a match.”

Before the pandemic struck, Thailand’s Tourism Industry Contributed Around 12% of GDP. And even though the post-pandemic situation is improving, the nation’s once-vibrant tourism industry still faces plenty of challenges. But few cannabis cafe owners have come up with a brilliant idea for rebuilding their tourist numbers. And looks like it’s weed that’s going to increase the numbers now. In 2018, Thailand became the first Southeast Asian country to legalize marijuana for medical use. In June, the entire cannabis plant was decriminalized. Now numerous cannabis cafe outlets are seen gaining attention in Thailand. And with the new RG420, which is a reference to Rag Gan, a Thai expression meaning “love each other”, we are sure Thailand is going to get a good boost in terms of Tourism!

Also read: Thailand To Give 1 Million Free Cannabis Plants To Households As Crops