Avatar. The film that took the world by storm is etched in every cinephile’s mind. It transported each and every moviegoer to another world altogether. The blue-tinged characters, gushing waterfalls, unique forests was just 3D magic. It made us feel, think, ponder and just stayed with us over the years. James Cameron’s extravaganza was the highest-grossing film for over a decade. And the word ‘Avatar’ has a whole new meaning for every Indian out there. So for all you Avatar fans. We have great news for you. Chennai now has a unique Avatar-themed restaurant in Porur, called.. any guesses? Avatar! 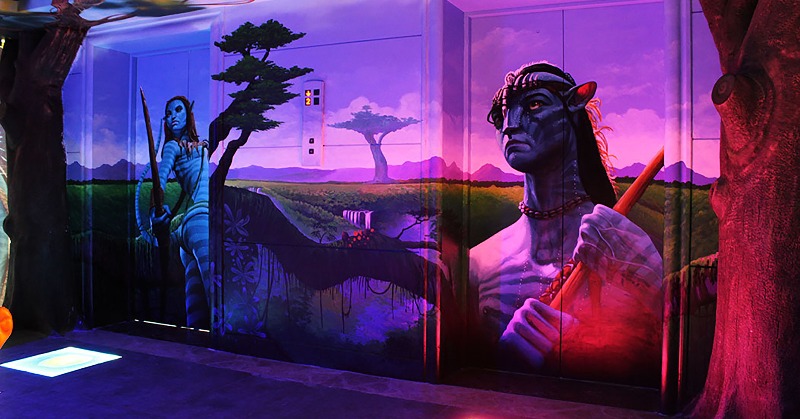 Avatar in Chennai has a magical ambience. From jungle themed decors, dim lighting, three-dimensional sculptures of Avatar characters, humble wooden seating, waterfall replicas, purplish jellyfish shaped wall hangings to magical looking pathways, this restaurant has it all!  You can have a leisure dining experience with your friends and family reliving and actually living this epic fantasy movie once again.

A customer, Mahesh has exclaimed that Avatar in Chennai is a fantastic place and has a great theme. He also stated that the food is very tasty and they tried around three to four items all of which was really delicious. When you’re here you can gorge on both Indian and continental dishes like Chettinadu Chicken, Garden Spinach Au Gratin, Ravioli Florentine, Vegetable Manchurian and fried rice to name a few. Wash it down with refreshing pints of beer or a glass of wine and you’re good to go.

Also Read: Have You Been To This Sherlock Holmes Themed In Indirapuram Yet?

For those of you haven’t watched or heard about Avatar, this is a Hollywood film released in 2009. This is set in the mid 22nd century were exhausting the resources of Pandora, a habitable moon in the Alpha Centauri star system. The greed of humans their utter disregard to cohabitate peacefully with another species is explored in this science fiction 3D film. 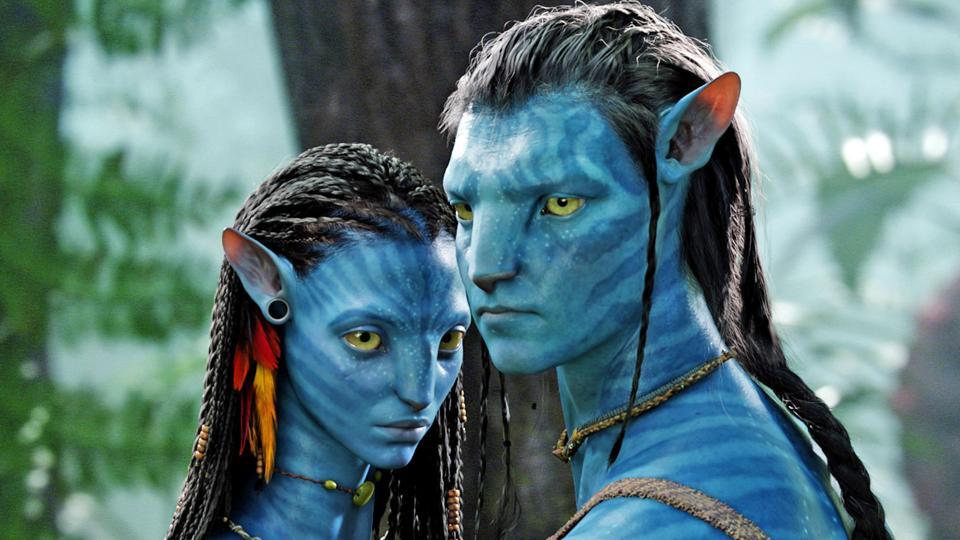 So that was what the film was about, and now James Cameron has also recently announced a sequel for the film. Until you wait for the sequel, why not relive the first movie once again, by visiting Avatar in Chennai? And if you like themed experiences then Check Out China’s First Panda Themed Airplane 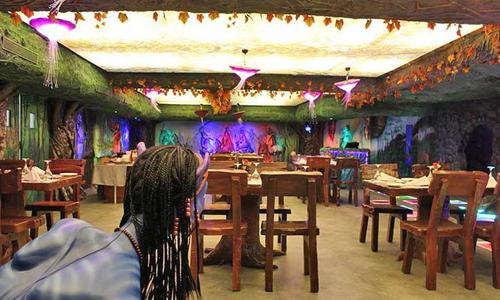