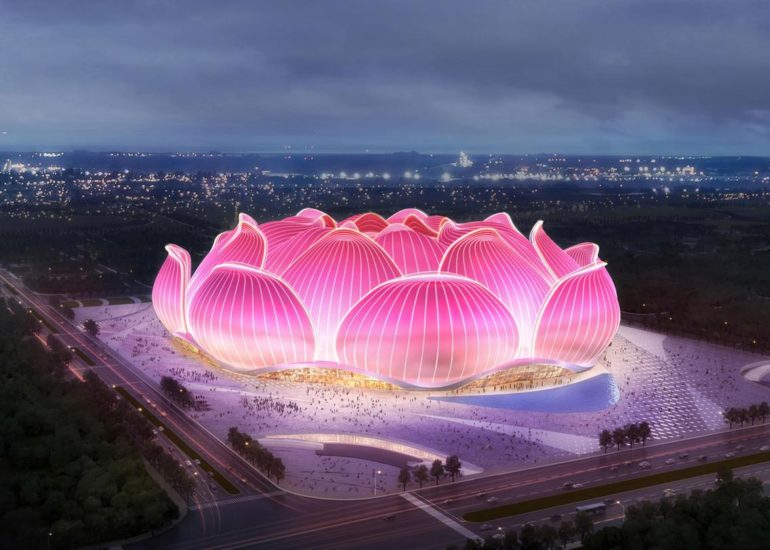 Image Courtesy: The National
by Gizel Menezes May 22, 2020 526
FacebookTwitterWhatsappEmail

The construction of the world’s largest football stadium is in full swing in Guangzhou, China. And it is a breath of fresh air from the usual boring stadiums. Not only is it massive but it is also shaped like a lotus and is breathtakingly beautiful! 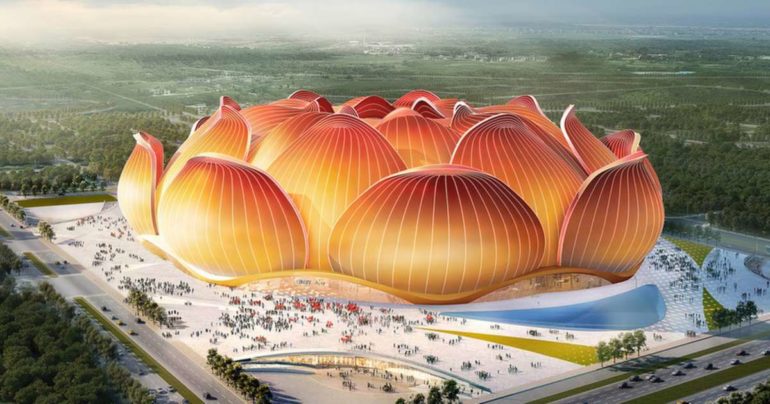 According to Forbes, the Chinese Football Association team ‘Guanzhou Evergrande’ has kicked off a $1.7 billion project to construct the largest football stadium on the planet.

To be designed by Shanghai-based American designer Hasan A. Syed from architectural firm Gensler, the stadium is being planned to be built in Guangzhou, China, in hopes of hosting the 2023 Asian Cup. The ground-breaking ceremony for the massive structure took place last month.

The stadium is poised to have 100,000 seats, alongside 16 VVIP private suites, and 152 VIP suites, beating the current largest stadium in the world, which is the Camp Nou stadium in Barcelona, Spain, which has about 99,354 seats.

According to Xia Haijun, President of the real estate conglomerate Evergrande, who also owns the team, the Evergrande Stadium is all set to become ‘a new world-class landmark comparable to the likes of the Sydney Opera House and Burj Khalifa in Dubai’, and will be an ‘important symbol of Chinese football to the world’. 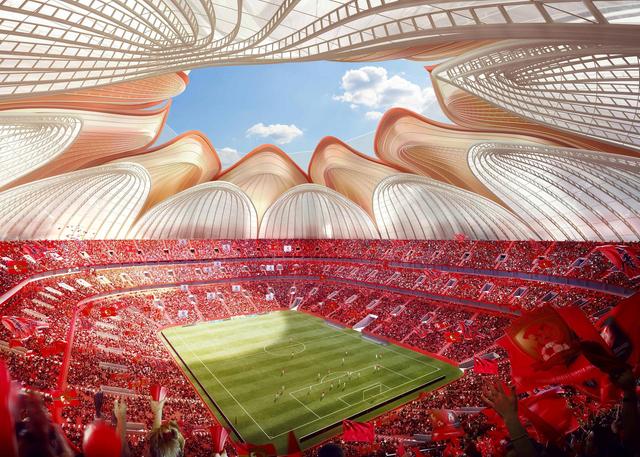 World’s Largest Football Stadium In The Shape Of A Lotus

Apart from its impressive size, the stadium will be designed in the shape of a lotus flower. You ask why? Well, it is in honor of Guangzhou city itself, which is also known as ‘Flower City’. Apparently, flower trade in this city has been going on since centuries and every year, Guangzhou city holds the Spring Festival Flower Fair with massive flower markets to celebrate the spring festival.

Reportedly, the lotus design has drawn widespread criticism by the Chinese architectural community for its outdated design, but it has received massive support from the public, as they view the design as a representation of the rich Chinese culture.

The construction of the stadium is expected to be completed by 2022. While many of the world’s stadiums are starting to resume play with empty stands, the building of the largest football stadium in China brings hope for the resumption of mass gatherings, without any social distancing rules!

Also Read: 10 Online Games That Will Keep You Busy During The Lock Down