Churches To Visit In Delhi This Christmas Season For Midnight Mass 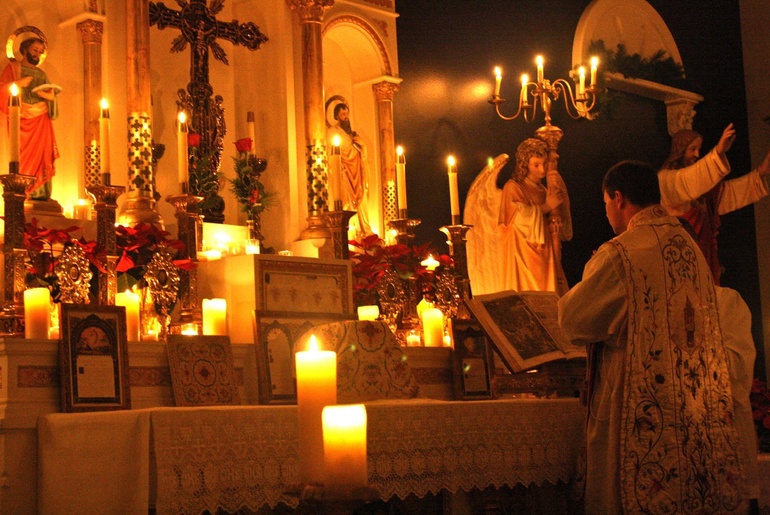 As we all know that our favourite holiday season is here for Christmas is just around the corner and so are the traditions and the feeling of togetherness. The beautiful sight of lit up streets and churches, people brimming with the holy spirit to celebrate the midnight mass is whimsical. Let’s see where can we celebrate this spirit in Delhi to bring in the ‘Silent night, holy night’.

One of the most beautiful and biggest churches in the capital city, this is a Roman Catholic Church located near Connaught Place and was built in the year 1930. It houses St. Columba’s School, and the Convent of Jesus and Mary school. The grandeur of this church inspires a beautiful Italian architecture with white pillars and interiors with a towering curved roof and polished stone floors. The midnight mass ceremony is one of the biggest here and worth a visit. 2. Cathedral Church of the Redemption, Near Rashtrapati Bhavan

It is located east of Rashtrapati Bhavan and is also known as the Viceroy Church which comes under one of the most beautiful churches in India. It was used by the British Viceroy during the pre-independence era and its name derives from Palladio’s Church in Venice. The church exudes such divine and heavenly vibes that lead to an authentic celebration of the midnight mass here. The location is beautiful and the atmosphere is holy for you to settle in and pray.

This eternal beauty resides amidst the farmhouses of Vasant Kunj offering services in three languages English, Hindi and Korean. The church is named after Saint Alphonsa who is now honoured as a saint. The interiors of this church are glorified details of carvings and sculptures depicting stories from the Bible that will take you back in time. The wooden detailing with the statue of Christ placed on a wooden background and birds chirping outside is perfect for a dreamland setting.

One of the oldest Churches in Delhi, it was the first church in the capital that was built in 1836. It is located near Kashmiri Gate in New Delhi and holds a lot of value in terms of its history and the beautifully inspired dome architecture from Venice. The church is also known as Skinner’s Church as it was built by Colonel James Skinner, an Anglo-Indian military adventurer in India. This holy abode is a small, quaint church that is beautifully maintained with its soothing ambiance in contrast to the chaos it cuts from the outside world. Again, one of the oldest churches in Delhi, it was built in 1865. The charm of this church resonates in every corner, it also depicts pictorials of the life of Christ and Mary on the walls.