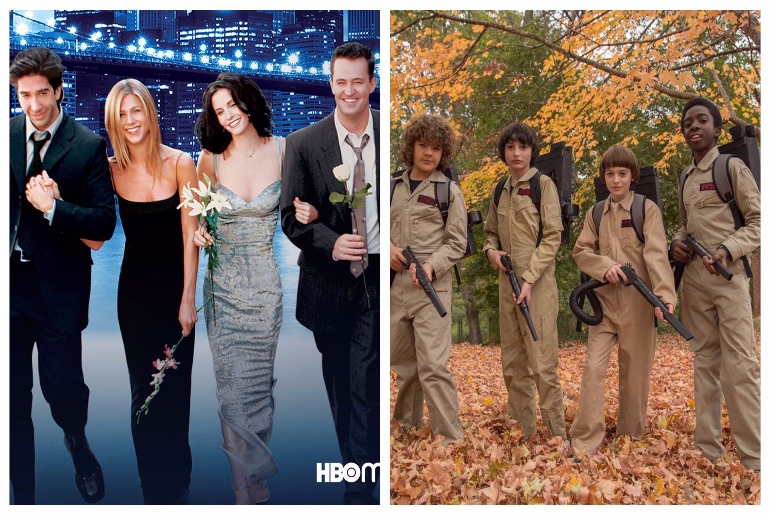 In today’s day and age, the term TV has become synonymous with Netflix. Life doesn’t function normally without a little bit of Netflix everyday. Especially now, with the outbreak of Corona, enclosed spaces such as cinemas are not the best places to go. So, even for those who are not too sure about the new generation movie site, you don’t really have much other choice. We’re here to help out and give you a list of the top 10 most entertaining and binge worthy series/movies to watch on Netflix!

Are you a fan of the paranormal? This science fiction series caters to every type of audience. It has a little bit of romance, some family friendly comedy, and a whole lot of monster fighting action! Its perfect for a family night, and has a total of three seasons. Each season doesn’t have too many episodes so it won’t take too long to binge watch it all. The series centres around four 12 year old boys attempting to fight and destroy a monster from another realm. Although the main cast are a bunch of kids, the show is catered to all ages.

the only pic on our fall mood board:

Probably my favourite show till date, this Kevin spacey political thriller is some of the best work the man has ever done. Although Spacey’s name was tarnished, the stellar show still went on to win numerous awards for its brilliantly woven storyline. The show features Kevin spacey and Robin wright as husband and wife, plotting to reach the white house. Their calculated manipulation, ruthlessness, and their disregard for anything but each other, sets them on a dangerous path towards presidency. Murder, treachery, and intelligence are some of the main themes in the series. The show has 6 seasons and is aimed at an older audience. It is rated for a demographic of 18 years and above.

The American oligarchs out there, they are coming for us.

Do you enjoy a good law series? The good wife is the perfect law show. It has elements of drama, romance, and outstanding court room scenes. The show follows the life of the brilliant lawyer Alicia florrick. After her husband gets sent to jail, she finds a job at a law firm her high school sweetheart works at. And of course, an intriguing story begins. The show is again, aimed at an older audience.

Also Read: 10 Family-Friendly Things To In Dubai This March

This show is set in the 60’s, a completely different time. It is centred around a young man in his prime working at an advertising firm. The show displays how men and women were treated in the past, and makes us appreciate what a long way we’ve come. It becomes quite riveting as the main character, Don Draper, an attractive young married man, begins a string of affairs with multiple women. The show is aimed at adults, and has 7 seasons.

This hit teen drama, is perfect for all the young adults on their early spring vacation. The show is unique and is centred around a high school girl, Hannah Baker. Hannah commits suicide, and then interestingly leaves tapes for 13 of her friends. Each friend was somehow responsible towards her making the decision to take her life, and she explains that in each tape, hence the name, 13 reasons why. The show has gone on for 3 seasons so far, and becomes more captivating with each season. It’s a great show to binge watch during the holidays.

This is a proper girls night in, binge worthy romantic drama. The 2007-2012 show stars Blake Lively, and is centred around her teenage life in school. The show is saturated with your typical high school drama, and can get quite addicting. If you’re a sucker for a really good drama show with a little bit of romance, this is the series to binge watch this vacation. Enews has also recently confirmed that a new reboot of the popular show will be airing soon, so stay tuned!

The best of friends?

We cannot mention binge worthy series and not mention the king of them all. Friends, the long time, reigning giant of sitcoms is one of the best shows till date. The series revolves around the lives of 6 New York friends. No matter how many times you’ve seen the show in the past, you can always have a great time re-watching the show from the beginning till the end.

Here for the friendships. @hbomax

Another teen drama, this mystery thriller follows students at an elite secondary school. When a student is killed, everyone becomes a suspect. As the students and police try and discover the killer, the incidents that follow keep you on the edge of your seat. The show is in Spanish, but has english and arabic subtitles. It is a fairly recent show and only has 3 seasons.

Also Read: Put ALL Rumours To Rest! Friends Is NOT Leaving The Middle East Netflix

9. How To Get Away With Murder

This intense thriller is centred around a group of students in law school, and their mysterious professor. Once they begin interning together, bad situations simply seem to follow. Murder, kidnapping, and death all seem to surround the bunch of students, and as the show progresses, the mystery deepens. The lasts season ended with a huge cliff hanger, and fans are now awaiting the upcoming final season. So before that one comes out, make sure you binge on the 5 riveting seasons during the vacation. You won’t regret it.

“Who ordered you to kill that man?” #HTGAWM

If you’re into gangster movies and series, you will love this show. This is a story of a gangster family, based on the streets of Birmingham post world war one. The peaky blinders are an ambitious gang that intend to take over the streets. Gang wars, gun fights, and all the other juicy drama accompanying a gangster epic is what you’ll get to see in this show.