Daulat Ki Chaat, Delhi’s Favourite Winter Dessert Is Now Available And We Are On Our Way!

What’s the best part about early morning food walks to Chandni Chowk: the desserts! There’s nothing better than starting your day with a delicious deep fired jalebis and rabris. But come winter, there is a special dessert that you’ll be able to find on the streets: Daulat ki Chaat!

This delicious dessert that’s made out of milk, only surfaces in winters. That’s because it can only be made and savoured in cold temperatures. Thick, creamy milk is churned extensively and then the foam on top is collected and put in a separate bowl. Powdered sugar, and saffron-infused milk  is then added to it, which gives it an extremely rich flavour and texture. 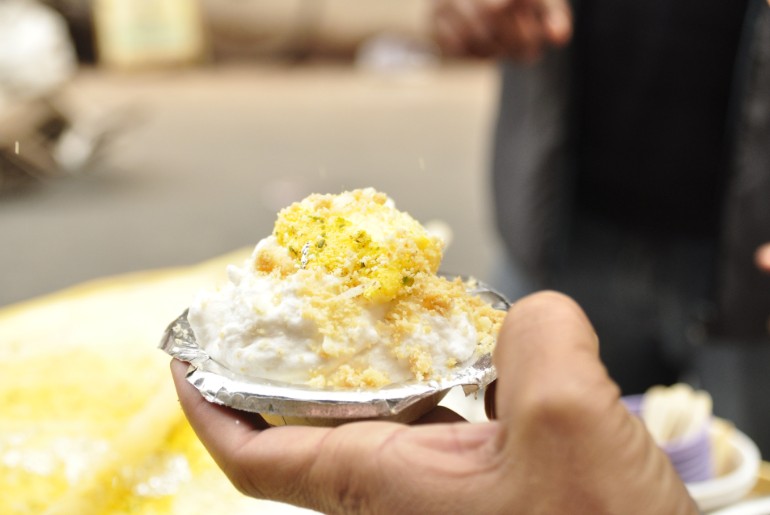 Despite cold temperatures in Delhi, Daulat ki Chaat tends to spoil easy. So the bowl is kept on ice, to make sure that the foam doesn’t melt and can last long enough.

Why Is It Called Daulat Ki Chaat?

The iconic dessert has an iconic name and there is a reason behind it. Daulat means wealth and chaat refers to act of licking. Just like wealth slips away quickly (don’t we all know about that), similarly the shelf life of Daulat Ki Chaat isn’t too long. You have to eat it before it melts. 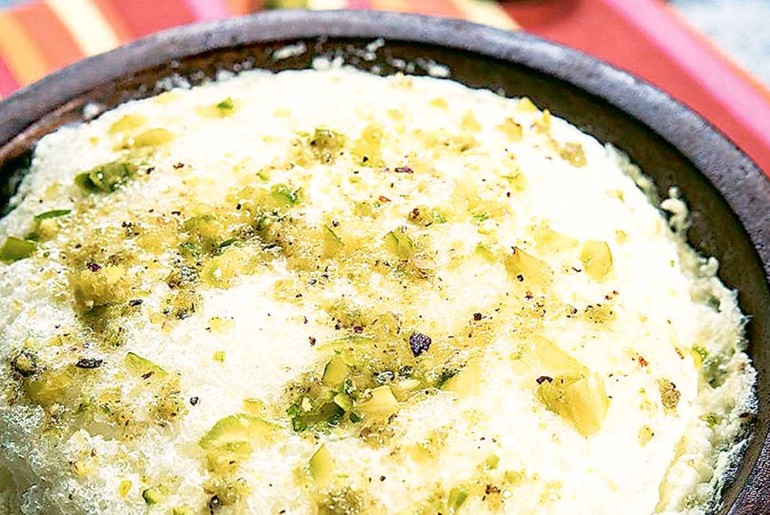 Also, saffron, also known as kesar, is an expensive ingredient. Some people also end up garnishing it with pistachio or other dry fruits. It is this which also gives it a rich and creamy texture. Hence, making it synonymous with a ‘wealthy’ dessert.

Also read: Daulat Ki Chaat Is Back In Delhi And Priyanka Chopra Is Binging On It Already!

Where Can You Find It?

In the secret lanes of Chandni Chowk! But don’t worry, we are not sending you on a wild goose chase in the crowded lanes. Head to Kinari Bazaar, and you would be able to find it there. We suggest that you try to reach there before 8AM, because the rising temperature and the excessive demand, it’s over before noon. 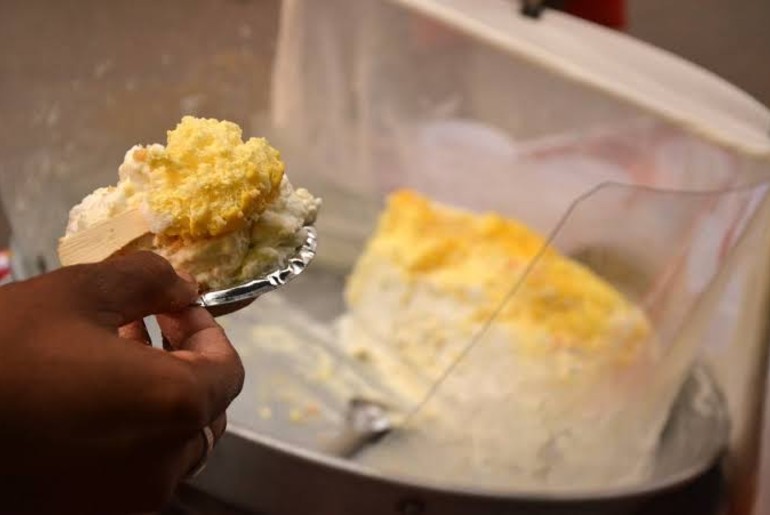 Picture Credit: On The Grid

So, is it worth waking up early and starting your cold winter morning on a sweet note? TOTALLY!