Bikini Airline To Start Operations Between India And Vietnam In December 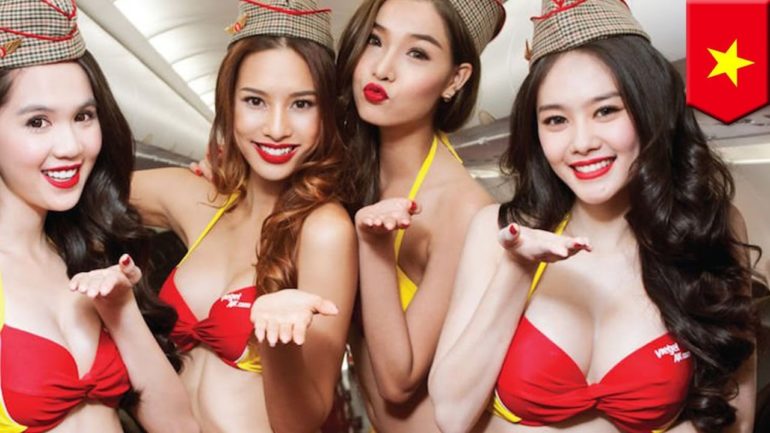 Vietnam’s low cost, controversial airline, Vietjet has announced four return flights between New Delhi and Vietnam’s capital Ho Chi Minh City.  From December 2019 the flights will be all set to fly and interestingly there will be direct flights between the two countries.

Now for the best part! As part of the introductory offer, the flight tickets will be as low at Rs 9 for a limited period only i.e. until today, Aug 22nd, 2019. This is exclusive of VAT, airport fees and other surcharges. Only 8000 tickets are on sale, so you better hurry up and grab them while they last!

VietJet launched its first commercial flights in December in Vietnam way back in 2011 and soon became Vietnam’s second-largest airline. Vietjet found themselves in huge trouble in 2002 when five female bikini-clad flight attendants took part in performance mid-air. The airline was fined £678.20 (around Rs 62,000) for risking air safety.

Also Read: Head Out To Monkey Bar In Delhi To Experience Life At The Pyramid The budget airline is known for racy stunts and they even received serious backlash for releasing a series of photos of women donning bikinis as part of their advertising campaign. The airline soon came to be known as the ‘Bikini Airline.’

The airline was founded by Vietnam’s first woman billionaire Nguyen Thi Phuong Thao who also happens to rank as the second richest person in Vietnam. Currently, there are no non-stop flights between India and Vietnam. You can board fights that go via Thailand, Singapore or Malaysia. Although the official announcement said ‘direct flights’, we think what they mean is non-stop flights between the two cities. The difference? Direct flights usually have a stop-over, but flying directly to the destination means not having to change flights in between. And well, a non-stop flight essentially means non-stop!