Delhi Is All Set To Get Its First Inflatable Cinema 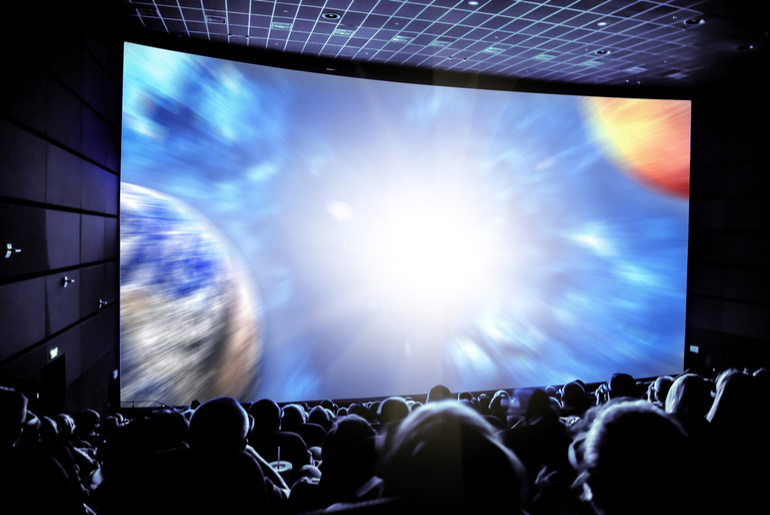 Get ready for a cinematic experience like never before as the Chief Minister, Arvind Kejriwal is all set for the inauguration of Delhi’s inflatable cinema, a ‘cinema on wheels’.

Known as the ‘Moving Cinema‘ now, it is Delhi’s first inflatable cinema which can move around places and give you a theatre like experience anywhere you want. The ‘cinema on wheels‘ will be inaugurated by the Chief Minister, Arvind Kejriwal himself on May 9 at Janpath.

The cinema will include all features like a projector, a capacity to hold a maximum of 200 seats, air conditioning with inflatable roofs and walls that are water-proof and fire-proof with cameras installed inside too. The portable cinema can be packed after the show in a truck and ready to move onto the next show.

Also read: Delhi To Shut All Schools Due To Bad Weather The face of the cinema is actor Satish Kaushik and a brainchild of Sushil Chaudhary, an engineer and tech entrepreneur. It only needs a 100ft x 100ft space for it to set up and be fully functional.

The cinema after the premiere in Delhi will soon move into the hinterlands to make it available for everyone who don’t have an opportunity to visit a cinema hall and experience the theatre life. At the inauguration, a film screening of an award-winning film, A Billion Colour Stroy (2016) will be played with 5.1 channel surround system.

The tickets will be at an affordable price unlike the exorbitant prices of other cinema halls and it will not only feature Bollywood but, also regional movies for reaching out to a larger audience. The portable cinema will also serve as an educational platform and for the purposes of the government where the leaders of the country can reach out to the people based in the interiors of the country.

Also read: Here Are 5 Best Cafes To Eat On Hudson Lane In Delhi

Where: Janpath, Delhi
When: Inaugurating on May 9
Ticket price: ₹100

Purchasing of tickets is not known yet but, we’ll keep you updated on the deets