Delhi-Ladakh: Man & His Dog Take A Road Trip To The World’s Highest Motorable Pass On A Customised Bike 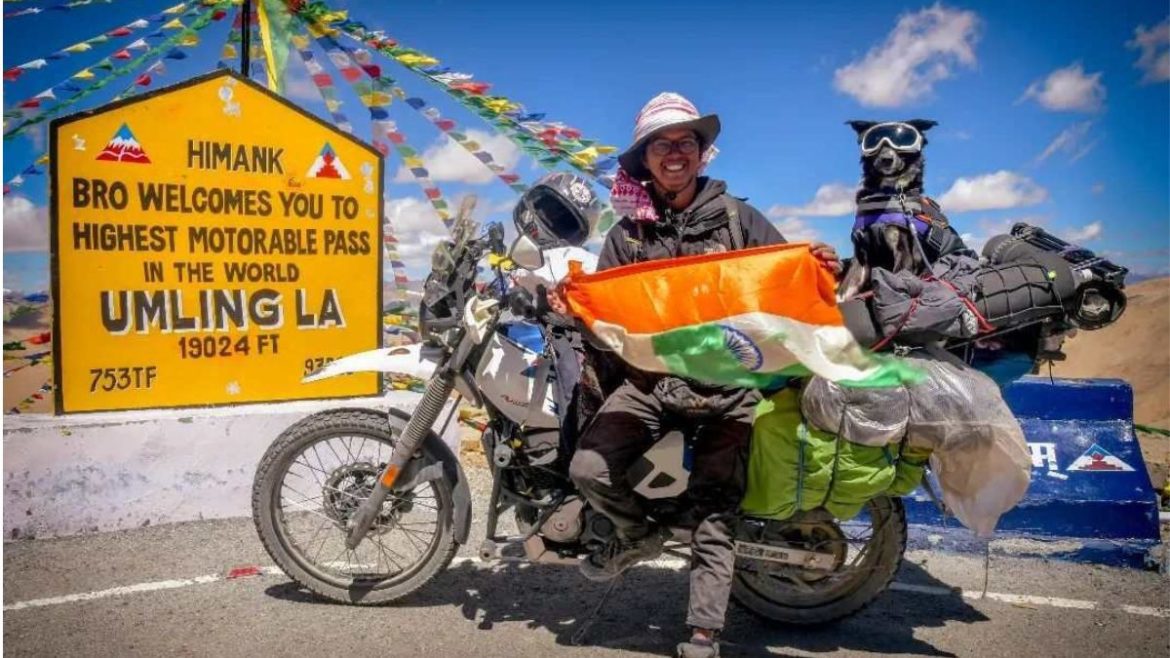 All pet parents agree that leaving their pet back home with a guardian is not easy. Well, Chow Sureng Rajkonwar is making sure that he does not leave his furry friend behind as he travels the world. In a recent viral video, he took a road trip to the highest motorable pass in the world in Ladakh with his dog. He travelled the Delhi-Ladakh route on a customised bike.

Assam’s Chow Sureng Rajkonwar posted a 45-second video on his Instagram handle, and it went viral in no time. The video featured the story of his travels to the highest motorable pass in the world in Ladakh with his dog, Belle. He took a Delhi-Ladakh road trip with his female dog on a bike that was specially customised for her.

He has been travelling to places with his dog, but the decision to travel to Ladakh was not easy as it came with many preparations. Firstly, he had to customise his bike by adding a seat for Belle so that she could be comfortable. The next step was to prepare her for the journey, which would be long. The last step was to pack her luggage and set off.

Also Read: This Dog Hitchhiked With A Traveller In Goa And Internet Cannot Get Over Its Cuteness

As Rajkonwar and Belle set off on the Delhi-Ladakh route, they met many people who clicked pictures with them. They first crossed the Zanskar circuit, followed by the Ladakh circuit. The duo crossed many tough mountain passes, river passes, and also a high-altitude desert. They finally reached the highest motorable pass, Uming La Pass, and unfurled the Indian tricolour.

Belle is a poodle and also has an Instagram account. She loves to travel. Rajkonwar keeps posting his travel videos and pictures with his pet. He also has a bike riding club named I Dream Ride (IDR). The viral video has by far received over 1.4 million views and over 20,000 comments.

Also Read: These Cat Siblings Travel The World Together And We’re In Awe Of Them

When are you travelling with your furry friend?