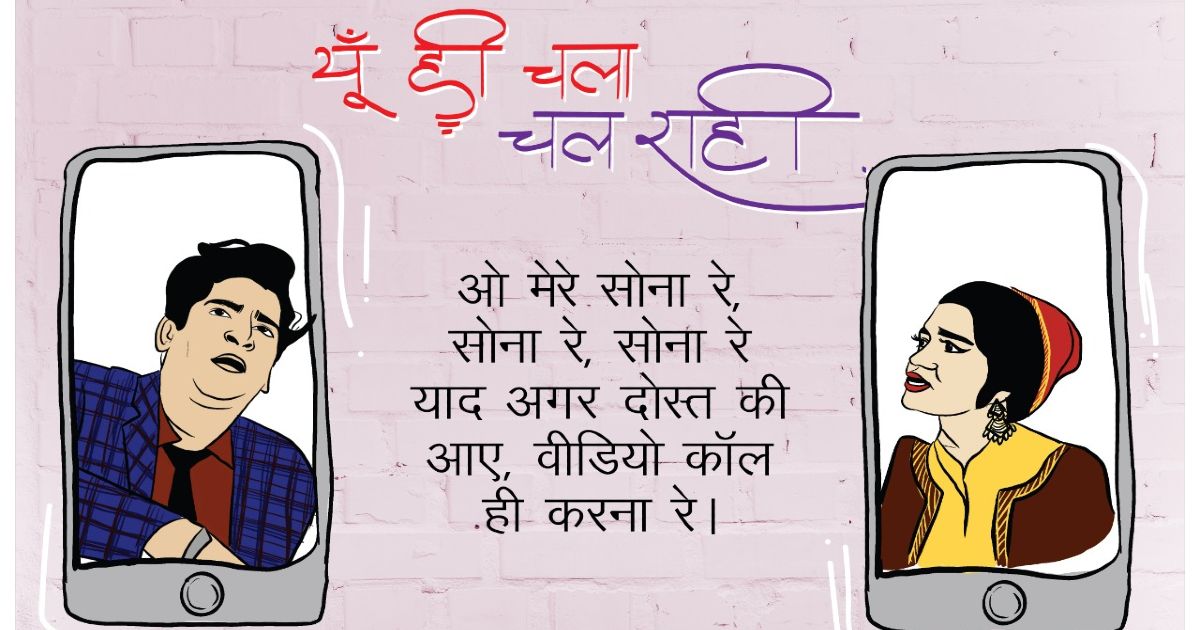 The Delhi Metro Railway Corporation (DMRC) has recently come up with a quirky initiative to spread awareness about the guidelines of social distancing and sanitization. The authorities have picked up lyrics of popular Hindi songs and tweaked them to grab the attention of netizens on social media. DMRC has taken to Twitter and uploaded a series of such posts. Some of them have also gone viral, grabbing thousands of likes.

The DMRC’s versions of Bollywood lyrics to combat the spread of coronavirus are as follows:

The posters too have been designed in a way so that they can instantly make anyone scrolling through the feeds pause and check the message. Take the Lagaan song “Bar bar ha” for example. It’s the picture of Aamir Khan and his Lagaan team, wearing masks, that will catch the eye of the potential travellers. Or even in the Rishi Kapoor-Neetu Singh starter, “Ek mein aur ek tu” , the metro authorities have replaced “Dono mile is tarah” with “Bethenege is tarah” to convey that passengers should sit on alternative seats once metro services resume. The Uttarakhand authorities had taken up a similar initiative to spread information about forest fires. Also, here’s a glimpse into how the Delhi metro stations are going to look now.

Also Read: You Will Soon Be Able To Use Your Debit And Credit Cards To Travel In Delhi Metro

DMRC had issued some guidelines a few days back that the passengers need to follow once the metro services start in the Capital. As per the new rules, only 50 passengers will be allowed to travel in a single coach. Also, one needs to maintain a minimum distance of one metre from the co-passengers. DMRC has placed ‘Do Not Sit Here’ stickers on every alternative seat inside the coaches so that two travellers have one vacant seat in between them to maintain safe distances. The first route to open up after the resumption of services is the Delhi Airport Express Line. Also Read: Delhiites Will Have To Wear Face Masks & Have Aarogya Setu E-Pass To Board Metro Once It Reopens

There will be some people who might need to travel almost daily after lockdown. Thus, these measures were much required. The DMRC authorities have thought of this innovative way to communicate the rules so that the messages get etched in the minds of the travellers and they can remember them while commuting. On that note, here are the sounds of Delhi we’re missing right now.