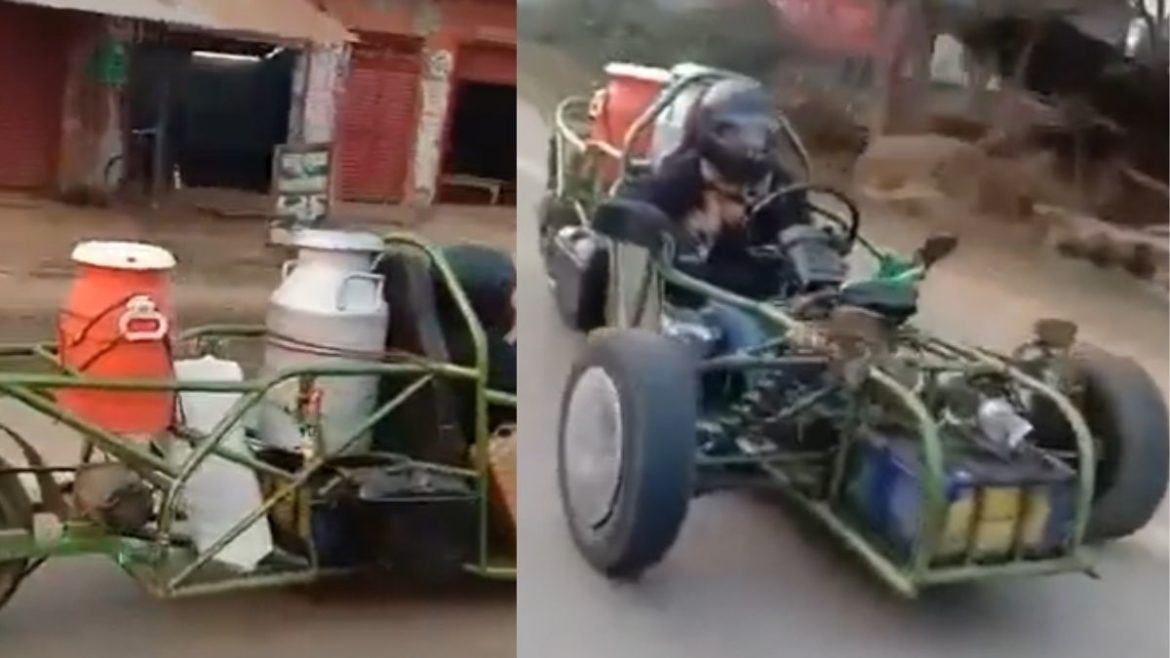 You must have seen a milkman delivering milk on a bicycle with milk cans hung on it every morning or evening. These days you must also have seen them on motorcycles. But have you ever seen a milkman on a Formula1 race car delivering milk? NO, We are still sane. A video went viral where a man can be seen carrying a milk can in an unusual vehicle resembling a 3-wheeler Formula 1 race car.

The video was shot by an approaching vehicle, in which the man wearing a black jacket and helmet was seen driving an unusual 3-wheeler with milk cans tucked in it. Roads Of Mumbai shared the video on Twitter. The video went viral in no time with more than 200 retweets and more than 70K views. People were impressed by the jugaad of this desi man and also tagged Anand Mahindra for him to notice this.

When you want to become a F1 driver, but the family insists in helping the dairy business 👇😜 pic.twitter.com/7xVQRvGKVb

Industrialist Anand Mahindra is always more than happy and excited to appreciate such new innovations that he notices on social media. He shared the video of the desi milkman’s jugaadu customised 3-wheeler on his Twitter calling it the coolest thing he has seen. Calling the desi milkman a ‘road warrior’, Anand Mahindra expressed his wish to meet him.

I’m not sure his vehicle meets road regulations, but I hope his passion for wheels remains unregulated…This is the coolest thing I’ve seen in a long while. I want to meet this road warrior… https://t.co/lZbDnge7mo