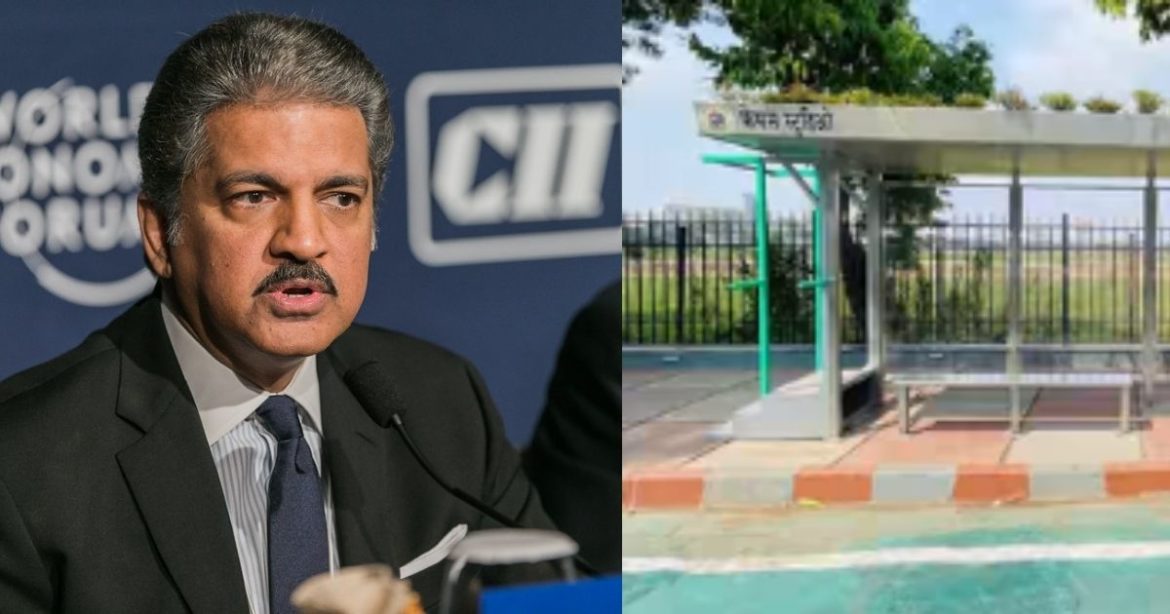 A week ago, the Minister of Maharashtra Tourism, Aditya Thackeray had announced that soon Mumbai’s bus stops will be revamped. Recently, Industrialist Anand Mahindra appreciated the plan and called it a terrific one. He also shared a video of the same on his Twitter account which explains how the proposed 105 bus stops will be getting a makeover soon. He lauded the idea of bus stops having exercise bars and green covers.

Industrialist Anand Mahindra who is known for sharing innovative ideas about urban planning recently shared a video on Twitter tagging the Commissioner of the Municipal Corporation of Greater Mumbai (BMC) and Minister of Maharashtra Tourism, Aditya Thackeray. He appreciated  Mumbai’s new world-class bus stops with innovative additions like cool green tops and exercise bars. Aditya Thackeray replied to the tweet thanking the industrialist.

Finally, Mumbai will get world-class Bus stops to replace the eyesores that have been blots on the landscape. Terrific to also see innovative features like the exercise bar & the ‘cool’ green tops. Bravo @AUThackeray @IqbalSinghChah2 pic.twitter.com/VkqRcirdNJ

A number of bus stops are currently being renovated in Mumbai as part of the BMC’s smart urbanism program. By implementing this plan, the BMC aims to make bus stops cleaner, sleeker, and safer. The Famous studio bus stop near Mahalaxmi racecourse has already been renovated and bus stops in Borivali West, Santacruz, Kurla, Ghatkopar and Vikhroli are undergoing changes.

While people were replying to Anand’s tweet in a positive manner, some netizens asked about how will these high-class bus stops be maintained and by whom. Some called it a waste of money. In response, Anand replied that they will have the green rooftops and sidebars since it is an open space and that they will place solar panels on other rooftops as can be done. The goal is to have designs that are clean and neat for bus stops

Thank you @anandmahindra ji. The idea is to ensure comfortable public transport and a better sense of design aesthetic for our cities. So while we increase our AC electric bus fleet, we are also ensuring our bus stops get better, for all citizens ☺️🙏🏻 https://t.co/yPemMqtV0D