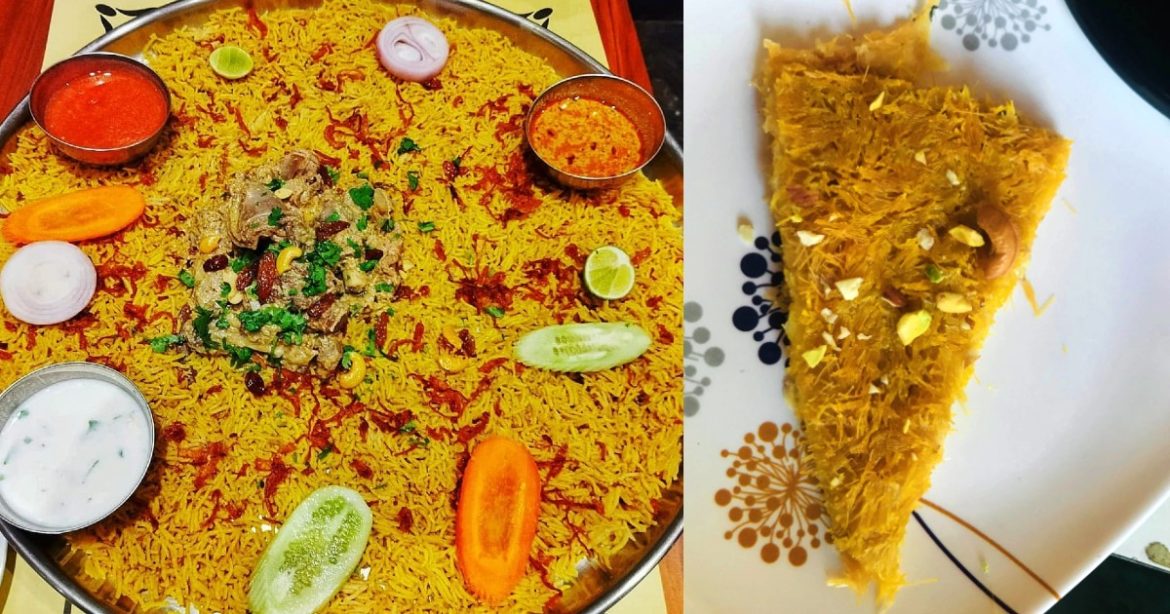 The next time you visit Kolkata, you will get the opportunity to relish authentic Arabian flavours too, apart from Bengali cuisine. The latest addition to the city of joy is a restaurant that is bringing to the table an assortment of the most delectable Middle-Eastern dishes. Barkaas, nestled in Kolkata’s Park Circus has an Arabian Ambience and it is plating up authentic dishes from Arab like Mandi, Shorba, Kabsa, Mezze, Kunafa and Shawarma, among others. Read on to know more.

Also Read: Virat Kohli’s Second Restaurant In Kolkata Is All about Pretty Vibes And Gourmet Food

Barkaas has got an ambience that spectacularly captures the essence of Arab with intricate motifs on the walls and bohemian seating. Among a wide array of dishes served by the restaurant, the one that is adored most is the chef-special Mandi. Mandi is a traditional dish that had originated in Yemen. The dish is prepared with basmati rice and a melange of mild Arabian spices. The rice is topped with juicy meat, vegetables and salads. With so much in one plate, a humongous dish of Mandi looks profoundly appetising. The restaurant has customised the dish to cater to the local taste buds. It serves around 11 kinds of sumptuous Mandis like Chicken Faham Mandi, Mutton Juicy Mandi, Arabian Fish Mandi and more.

Along with Mandi, another must-try delight at Barkaas is the Kunafa. Kunafa is a Middle-Eastern dessert made with semolina or filo pastry, drenched in syrup, coated with cream and topped with raisings, pistachios, nuts and other dry fruits. The succulent Kunafa from Barkaas can be a true therapy to the taste bud of a gourmand.

If you love grilled delights, Barkaas offers charcoal-grilled chicken, lamb and fish options. The tender meat pieces are grilled to perfection with secret spices and served with mayo dip. The best grills to relish out here are the Turkish Grill and Al Fahm. Health freaks can count on soothing veg, chicken or mutton Shorba soups. Or how about trying Arabian Special Fish or Mezze Platter? Other than Arabian, the eatery also serves regional gravies from India. Barkaas has an outlet in Bangalore as well.