Get Santorini Vibes With White…
KFC Outlet In Karnataka Refuses…
This 14-Year-Old From Ahmedabad Sells…
Th8 Palm: Get Miami Vibes…

If chasing sunsets on Greece’s Santorini had been on your bucket list, you can live the dream for now in the city of joy Kolkata. The whitewashed hilltop cubical buildings of Santorini with hints of blue make it one of the prettiest destinations in the world. While Santorini is far, La Artisan Bistro in Kolkata’s Newtown will remind you of the island. While Santorini overlooks the crystal clear ocean, La Artisan Bistro, with a rooftop set-up, witnesses the vast blue skyline of Kolkata. It is a piece of Europe where you can soak in perfect Mediterranean vibes while relishing an eclectic cuisine. 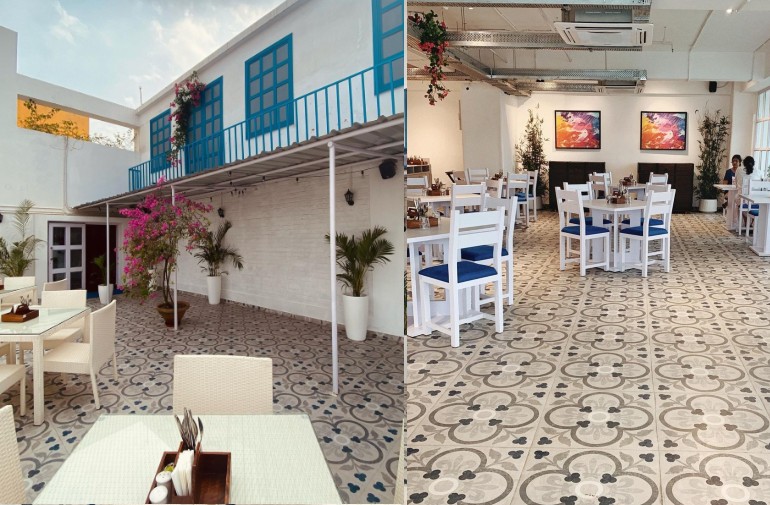 Also Read: This Underrated Mall In Kolkata Is My Favourite When It Comes To Binge Eating And Here’s Why

Gorge On Creamy Waffles And Toothsome Tarts With Santorini Feels

From gourmet salads, creamy waffles, toothsome tarts and comforting soups to hand-rolled pizzas, paninis, bruschettas and quesadillas, you can savour a wide array of dishes here. The cafe also serves some of the most authentic continental desserts, We’re crushing on its Mississippi Madness, which is a sponge bathed in rich chocolate, coated with chocolate ganache and salted caramel. The Baklava is equally delectable. You can also try some of the best beverages in the city here like Drizzle Mocha Frappe, Chocolate Granule Shake and Cranberry Cucumber Julep. 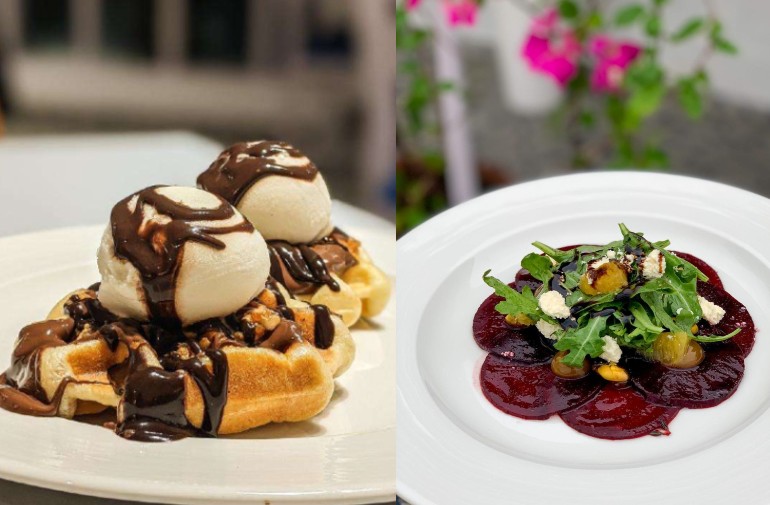 Also Read: Virat Kohli’s Second Restaurant In Kolkata Is All about Pretty Vibes And Gourmand Food

One Of The Most Instaworthy Cafes In Town

The cafe has an outdoor as well as an indoor sitting arrangement. The white walls coupled with the blue windows and beautified floors make it a perfect spot for Instaworthy clicks. Also, there’s no Wifi or charging point in the cafe, as it aims to detach you from the virtual world and allow you to enjoy good food, good ambience and real conversations. The chic set up of the cafe also makes it a perfect place for a romantic date. 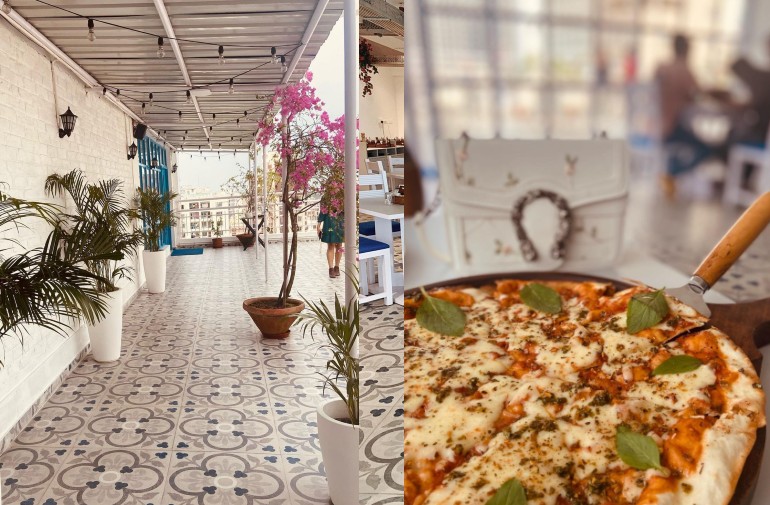 Participate In A Non-Violent Squid Game Challenge At...