They Say Kolkata Is Flawed,…
5 Heritage Properties To Book…
Guide To Applying Your UAE…
FIFA Unveils A Tent City…

They Say Kolkata Is Flawed, But Here Are 11 Reasons Why I Still Find The City Stunning When we talk about the most advanced cities in India, Kolkata is rarely included in the list. Being born and raised in the city, I have often come across people saying that in Kolkata there is a dearth of career opportunities, lesser scope of growth, insufficient awareness of technology and whatnot. But despite the loopholes, amid all the humdrum and chaos, there is a strange bliss in the air of the city, which cannot be found anywhere else. The people here are full of life too. They are fond of literature, cricket, politics, world affairs and do not even mind getting into a playful debate over a cup of bharer chai from the streetside tea stall. So, even if there are flaws, Kolkata is and always will be close to my heart. Here are the reasons why:

Only a couple of years before, I had travelled 24 kilometres in Kolkata, from Birati to Ballygunge, by paying just ₹5. And I came back through the same route paying ₹5 again. In ₹10, my day’s journey was sorted, thanks to the local train. In Kolkata, even auto fares are between ₹5 and ₹10. So, if you’re availing public transport here ( except for AC buses and shuttles), you can save a lot. Even the metro fares are ranged between ₹5 and ₹25, which are quite easy on the pocket. 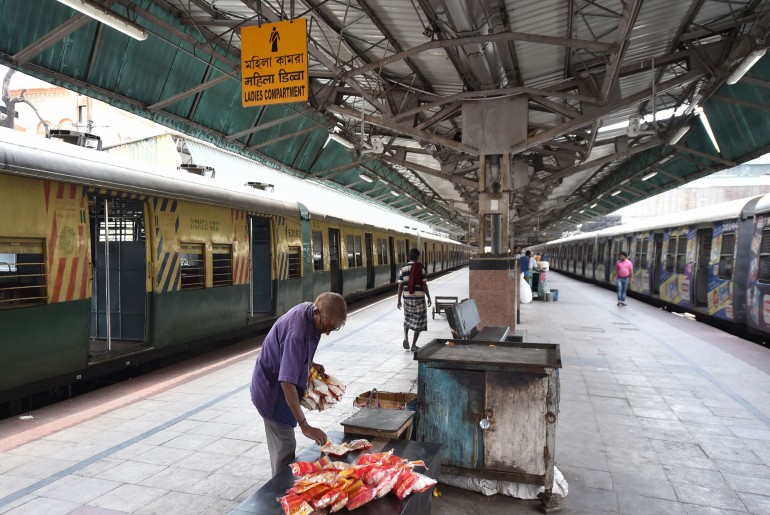 2. A Stroll Through The Old Streets By The Colonial Buildings

If you love buildings of the bygone era, the streets of old Kolkata will have your heart for sure. After all, Calcutta was the first Capital of British India and the time had left its footprints on the city. The grandiose colonial architectures that are being maintained even today, add charm to the alleys of Kolkata. 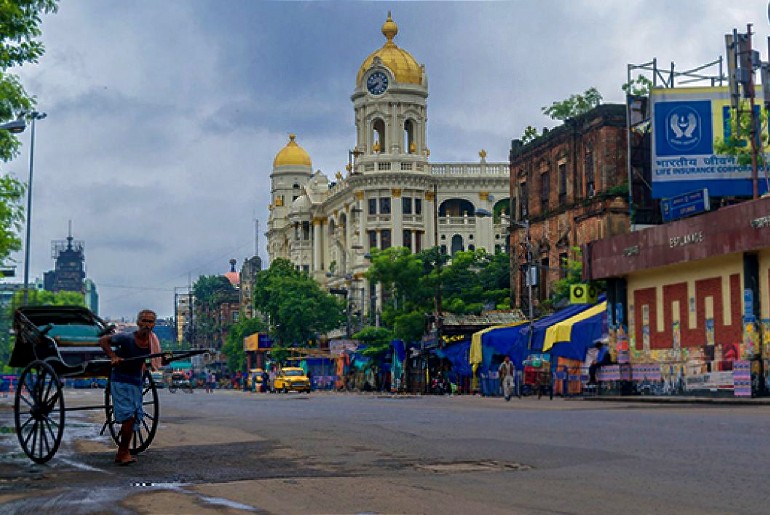 3. Enjoying The Breeze By The Ganges

There is a strong connection of Kolkatans with the Ganges. Only a very few things in this world can match the splendour of sitting by the ghats and enjoying the beautiful breeze. The conspicuous serenity by the Ganges can appeal to all the senses. And taking a ride through the waters on a boat intensifies the beauty of the experience. 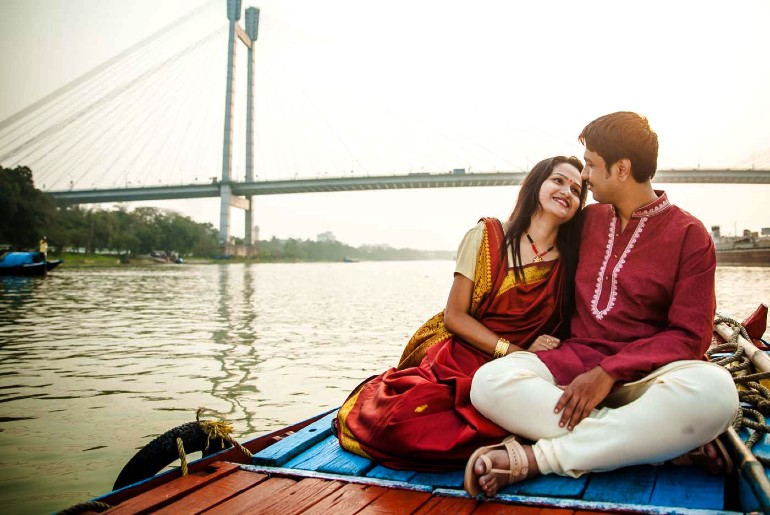 One of the best memories of Kolkata have been roving through the thick crowds of Gariahat, Hatibagan or Esplanade and shopping out to the heart’s content. From earrings, clothes, shoes, bags to spices, beauty products, utensils, decorative items and more, everything ( I repeat, everything!) is available in these markets at dirt-cheap prices. All you need to have is a good haggling skill. With plenty of hawkers, colourful products and people of various kinds, these shopping hubs always look vibrant and lively.

5. Walking Through The Sculptor’s Colony, The Kumartuli

Exploring Kolkata remains incomplete without visiting the famous sculptor’s lane in North Kolkata, the Kumortuli. Artists in this colony remain busy all round the year in sculpting idols of Ma Durga, Ma Saraswati, Ma Kali and more. Sculptor families have lived in the area for decades and the art form was passed down from one generation to another. Idols from here even get exported to distant countries like England and the United States. It is one of the favourite places in Kolkata among shutterbugs and filmmakers. 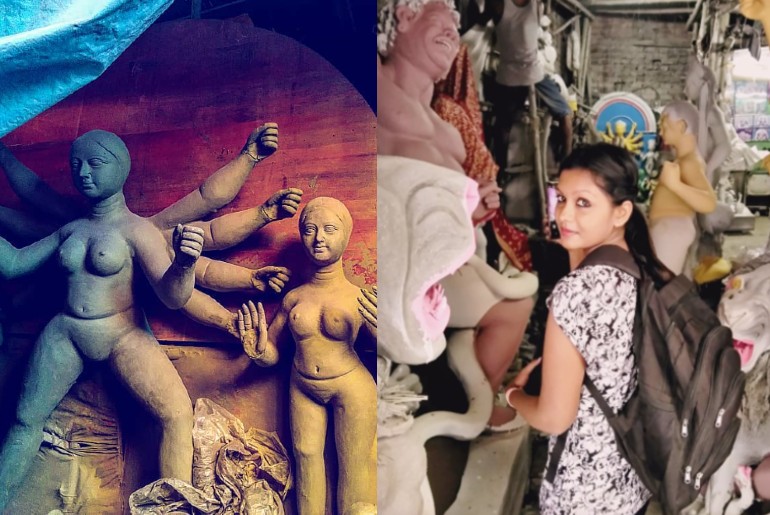 The people of Kolkata, particularly Bengalis can spend hours conversing about various aspects of the world and life. And one popular adda haunt in Kolkata is the cultural centre near Rabindra Sadan, the Nandan.  Many kids of the 90s who have been separated by different cities now, sit together at the Nandan when they come back to Kolkata. With the Academy of Fine Arts, the Girish Manch and the theatre-style movie hall, there is a beautiful artistic vibe in the cultural compound. Right outside Nandan, I never miss buying a set of handmade earrings. 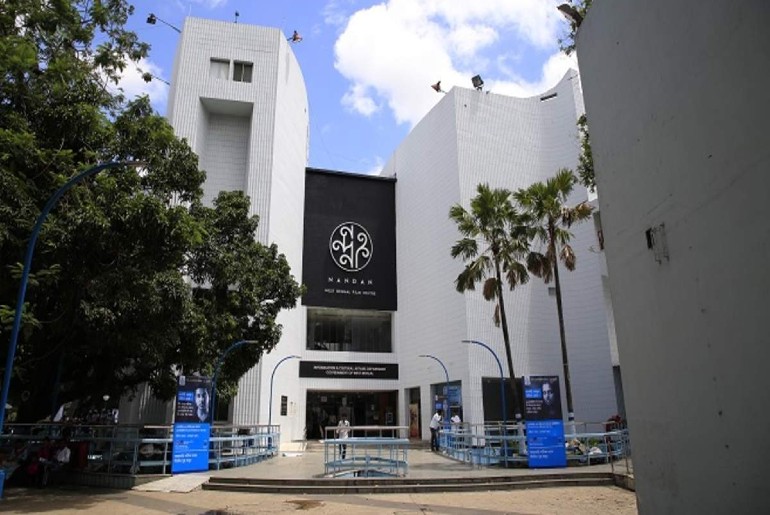 7. Hogging On The Best Mishtis, Phuchkas And Yes, Kolkata Biryani!

Kolkatans are known foodies and the city has its own list of mouth-watering delicacies. Think sweets, Kolkata has rasgulla, dorbesh, kheer kadam, Chandrapuli, kalo jaam, chanar jilipi, patishapta and the list goes on.  Coming to street food, the Kolkata phuchka is nothing short of an emotion. Other than phuchka there are so many other food options out here like chop, churmur, ghotigorom, kathi rolls, jhal muri and more. And we bet, you have to struggle hard to find biryani as scrumptious as the Kolkata biryani when you move out of the city.

Also Read: 6 Desserts Other Than Rasgulla You Must Try In Kolkata

No matter wherever a Kolkatan is, the urge to come back home on Durga Puja remains stronger than anything else for them. Wearing new clothes, meeting up old friends, pandal hopping, binge-eating and more in the gorgeously adorned city lanes during Durga Pujo is a different feeling altogether. Durga Ma is not just a Goddess for the Bengalis. They welcome her as the mother and a daughter and on the final day of the festival, Dashami, bid adieu to her in teary eyes. 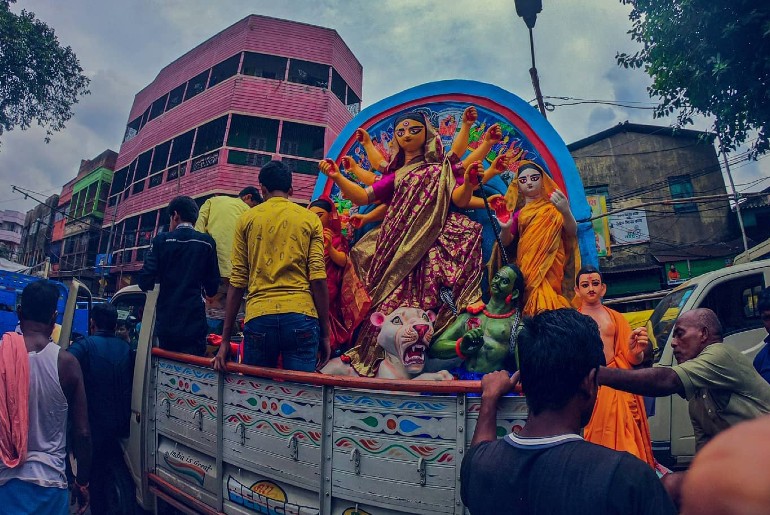 Kolkata is home to stunning temples, museums, churches and other architectures. From Victoria Memorial, Dakshineswar Temple, Kalighat Temple, Birla Mandir and Indian Museum to James Princep Ghat, St. Paul Cathedral, Nakhoda Masjid, Kolkata Gate and more, there are so many things to explore in Kolkata. How can someone not fall in love with the city? 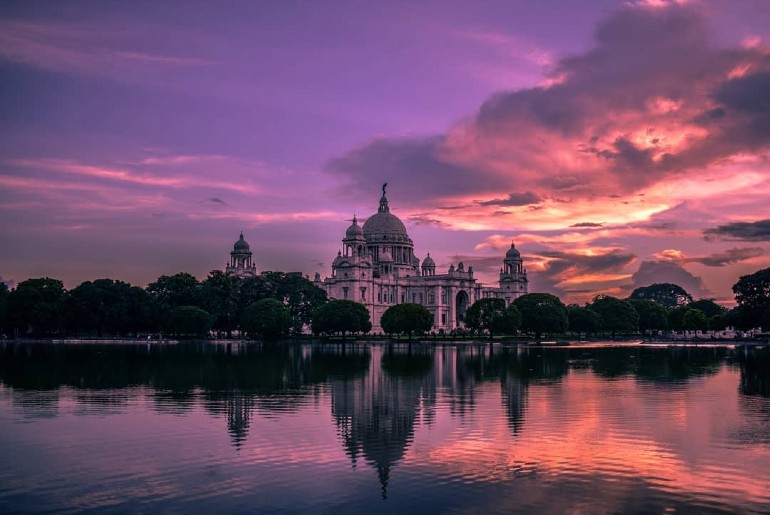 Where else in India would you find the iconic yellow taxis and ancient trams? They are a part and parcel of the city and those who did not enjoy a tram ride in Kolkata has to experience the best in the city yet. Recently, the city has even launched a tram with a library inside it. 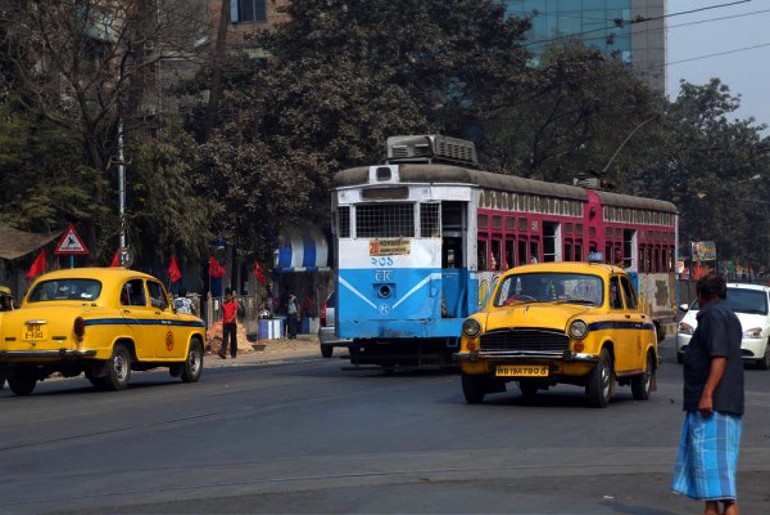 You might be wondering that while talking of Kolkata, why am I speaking about nightlife? Is it that happening? Oh yes, it is. There’s one unique thing about the lanes of this city. No matter how dark the night is, parts of it are always splendidly lit in multi-coloured street lights. The lights add hues to the deserted streets at night, making them look prettier. And if you’re a party animal, Park Street, Camac Street and Sector 5 are loaded with lounge options for you. You can go to Roxy, Someplace Else, Scrapyard, The Brewmaster, The Spirits, One Bottle Down, Refinery 091, What’s In The Name…oh wait…the list is really really long! 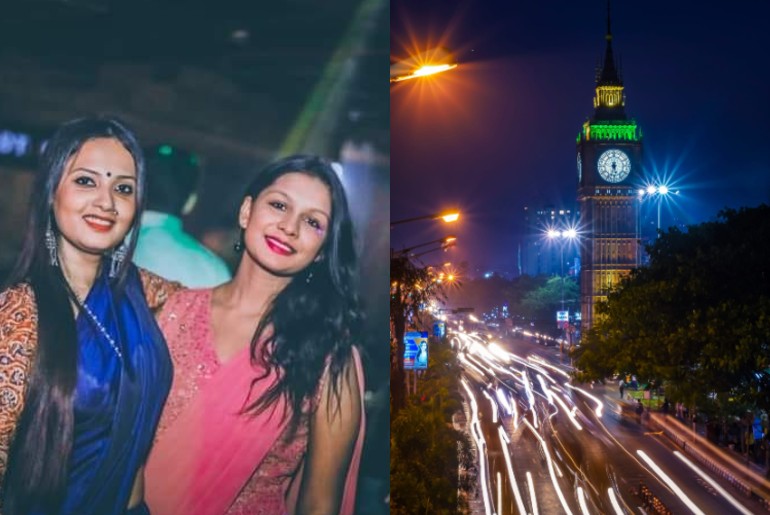 Also Read: Kolkata Has A Unique Tram-Themed Bar That Will Give You All The Vintage Feels

So that’s how I see the city Kolkata through my lens. The city will always remain my first love. I wish time could be stopped so that I could tell more of the city, as there isn’t an end to my explanations. Meanwhile, enjoy this virtual tour of Kolkata from the comfort of your couch: