6 Desserts Other Than Rasgulla You Must Try In Kolkata The city of joy Kolkata is known all over the world for its mouth-watering variety of sweets, which with much love, Bengalis call misthis. In Kolkata, one will definitely find at least one sweet shop in every one-kilometre stretch. To an outsider, the must-try dessert on a visit to Kolkata is none other than the super luscious spongy rasgullas. Having said that, there are oodles of other desserts whose ‘original versions’ can be tasted only in Kolkata. And if you’ve got a sweet tooth, you can’t leave Kolkata without spoiling yourself with these six kinds of sweets other than the globally renowned rasgullas. Read on!

The sweet is known as kheer kadam as khoya kheer is its star ingrediant. Kheer kadam is basically a khoya kheer dumpling with rasgulla stuffed inside it. In this sweet, the rasgulla is coated with a layer of milk cream and grated khoya. Dry from outside, juicy from inside, a bite of kheer kadam is synonymous to a bite of heaven. Also, here are the top four must-try sweets at Kolkata’s Mishti Hub.

Just like a traditional jalebi, chanar jilipi also takes the shape of a coil. Sweet-makers prepare the dessert with paneer, khoya, lemon juice, flour and ghee. The soft and fluffy swirls are then dunked in sugar syrup and served juicy. Did that just shoot up your hunger pangs? 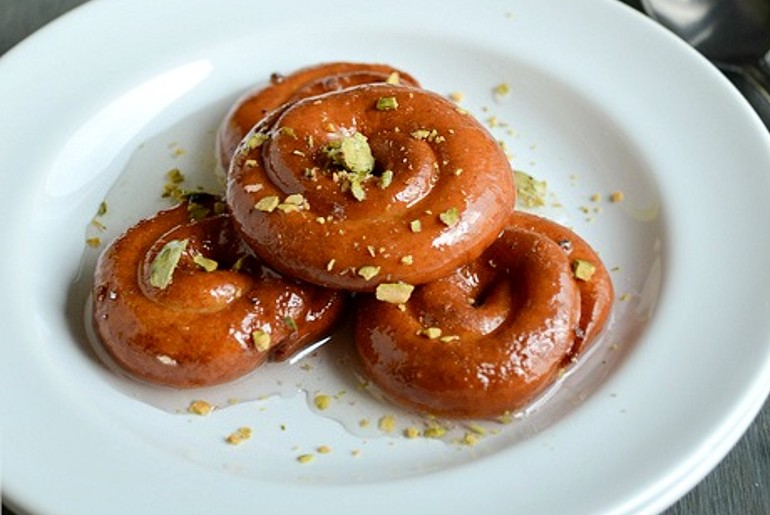 The Lady Kenny of Bengal is similar to the gulab jamun of North India and has an interesting story behind its name. Lady Canning, the wife of Charles Canning, the Governor-General of India during 1856-62, had tasted the sweet and was absolutely bowled over. The brown round syrupy dessert, made with chenna and flour has been named after her. 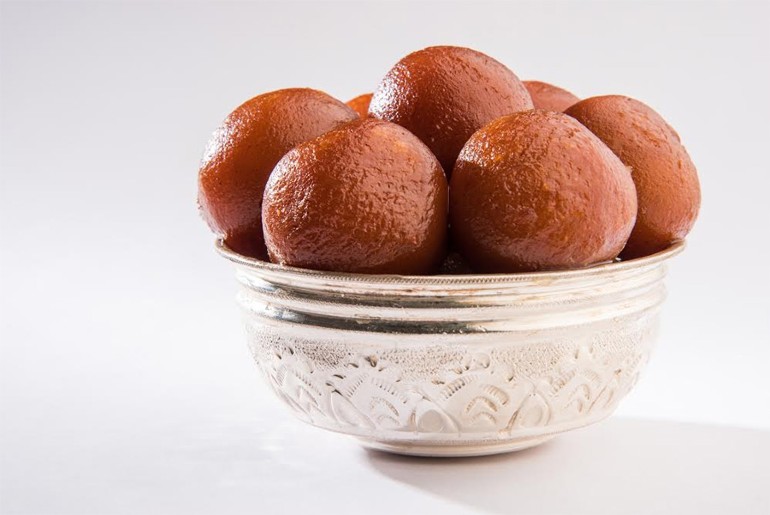 This is mainly a wintertime dessert, and is also prepared in the households during the cold months with freshly produced aromatic nolen gur. Bengalis can also prepare pati shaptas without the nolen gur, simply by using flour, sooji, milk and ghee. The long, roll-shaped crepe is one of the popular desserts made on the occasion of Bengali festivals like paush parban and paila baishakh. 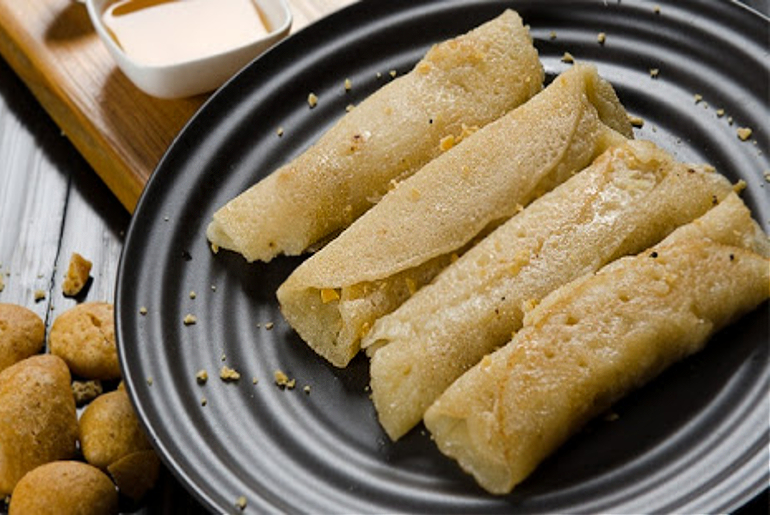 Not every sweet shop in Kolkata makes this dish, but you can definitely have it from popular sweet manufacturers like Balaram Mullik and Radharaman Mullik. Baked rasgullas are rasgullas baked with thick kheer daubed over it and a mere look on this drool-worthy dish will kill all your stresses. Baked rasgullas are so tongue tantalising that you can’t just end up having one. 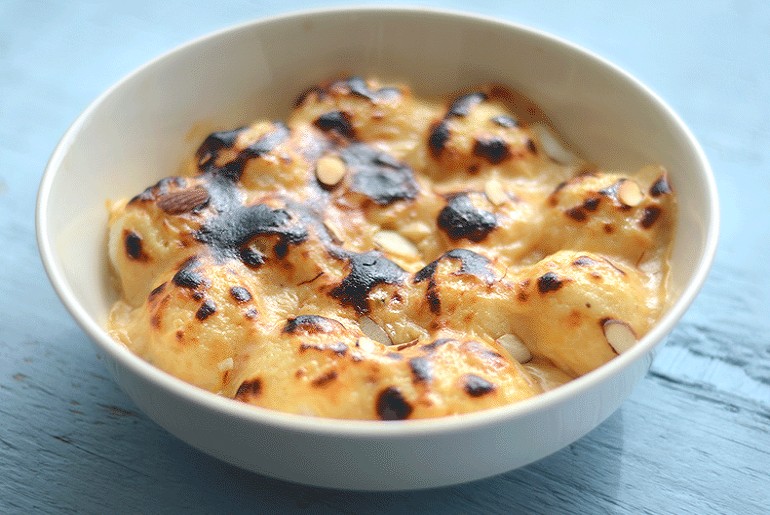 Picture Credits: Not a Curry

Infused with cardamom, edible camphor, khoya and ghee, this crescent-shaped coconut barfi is nothing less than a piece of heaven. It is available in almost all the sweet shops in Bengal. It is one of the popular sweets served on the last day of Durga Puja, during Bijaya Dashami, along with rasgulla, nimki and naru. 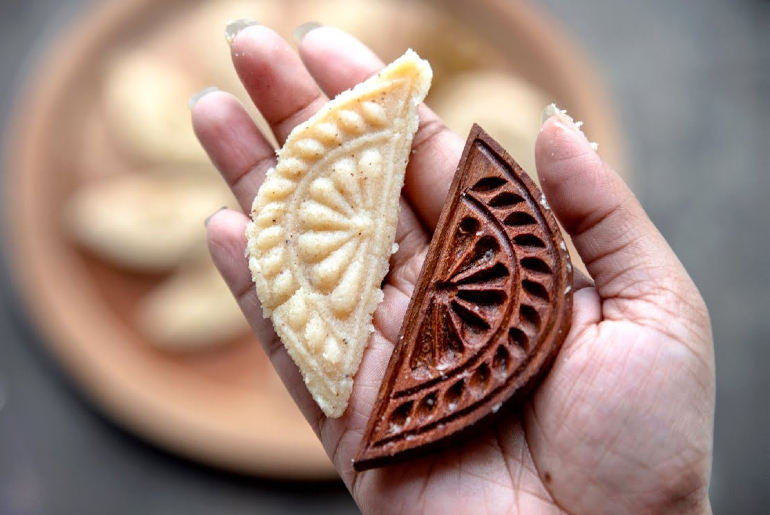 Also Read: I Went To This Eatery In Kolkata Where They Used Curtained Booths For Social Distancing

Not everyone who speaks about Kolkata desserts will tell you about Bapuji Cake. But this one sweet grub is available at just ₹5 in all ( literally all! ) grocery stores of Kolkata. You’ll get one even in a small chai tapri in the city. It is a go-to snack for many during tution and office breaks. The square-shaped cherry-infused delight has been winning the hearts of the people of all ages since 1987. 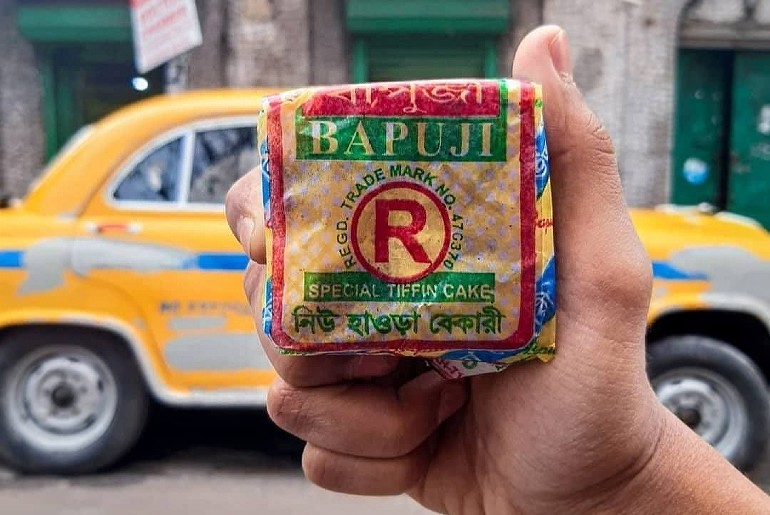 Also Read: Kolkata To Have India’s First Tyre Park; Art To Be Created Out Of Waste Tyres

So, the next time you’re at Kolkata, don’t forget to try your taste buds on these desserts, other than exploring the historic lanes of the city. Meanwhile, here’s a virtual tour of Kolkata from the comfort of your home:

5 Beaches In India That Glow In The...