Did You Know The Story Behind Gurudwara Pathar Sahib In Ladakh? 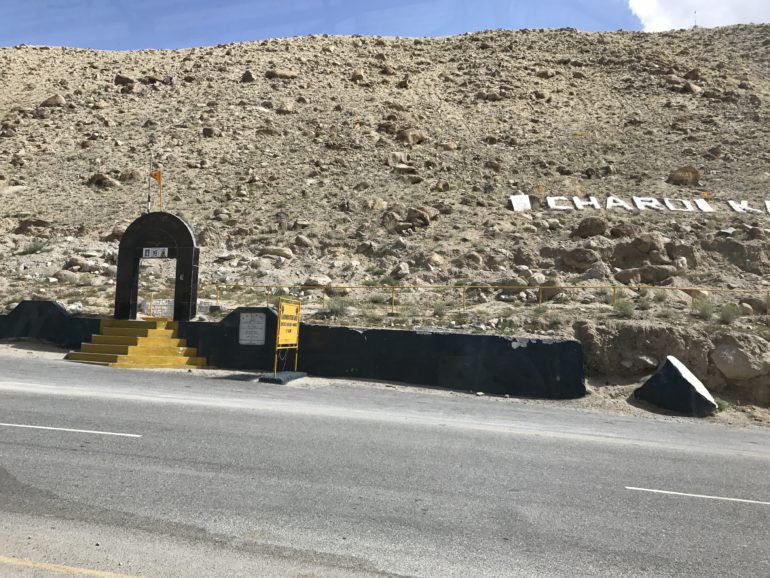 Ladakh is known for its Monasteries but did you know there lies a peaceful Gurudwara amidst the Himalayas and it dates back to the 15th century.

About 12000 ft above the sea level on the Leh Kargil road, there lies a rock which resembles the shape of Guru Nanak’s back. There are many stories around it but the local Ladakhis and many tourists believe in the spiritual powers that exist at Gurudwara Pathar Sahib. Nestled between beautiful mountains, the gurudwara is 25 kms before Leh. According to the locals, back in the 15th century, Guru Nanak was travelling from Srinagar to Punjab. One night, he decided to halt at this very location in Ladakh, which was known to be dominated by a demon. The locals sought help from Guru Nanak. This infuriated the demon, and he threw a boulder at Him while he was meditating. The boulder rolled down towards Guru Nanak and on touching his back, it turned into soft wax which took his back’s shape. The demon got further infuriated and tried to kick the boulder again with his foot, only to find his foot imprinted on the rock. This made the demon realise about Guru Nanak’s spiritual powers and soon apologised.

Also read: Gurdaspur: A Day In The Pind of Punjab It is true that Guru Nanak Dev did not believe in any form of idol worship but the locals strongly believe in his existence. In the 90s, when the rock was meant to be destroyed for some construction, the laborers got a strong intuition against it and despite trying, the rock could not be damaged. Currently, it is kept inside the Gurudwara Pathar Sahib, which is taken care of by the lamas and the Indian army.

Also read: 5 Reasons Why You Must Camp At This Paradise Called Sarchu In Ladakh Curly Tales trip to Ladakh was organised by WIYO Travel