Donald Trump Implemented A #TravelBan & Twitter Had A Field Day 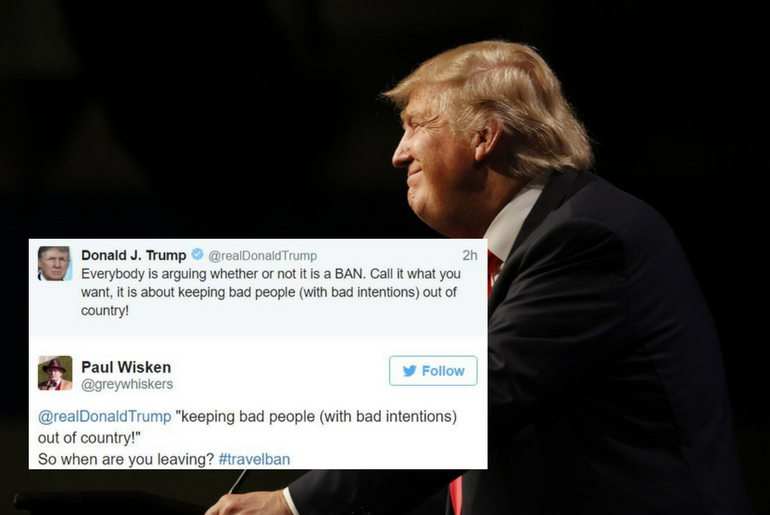 One-third of the Americans support Trump’s decision. As a matter of fact, the newly elected President of the United States believes this harsh step is his modus operandi to circumvent terrorism.

On the contrary, civilians suspect the intentions behind this call appears to be targeted at the race and nationality and not just for terrorism. Oh, this is getting too serious to digest!

Let’s talk on a lighter note, take a break, and check out what Twitterati has to say about it.

This is like a Hollywood film were you see the villain #PresidentTrump in power flexing his muscles against the innocent. #travelban #CNN

When I start to type #travelban , Twitter suggests #VisitTheUSA . Who’s running this show?

@realDonaldTrump “keeping bad people (with bad intentions) out of country!”
So when are you leaving? #travelban

“The Queen made me a knight, Donald Trump made me an alien” – @Mo_Farah #Injustice #TravelBan #Trump

When will the Bigot Trump realize the hypocrisy of his administration? #MuslimBan pic.twitter.com/y4mO3Sox7b

Share in comments your ‘not so serious’ reaction towards it.