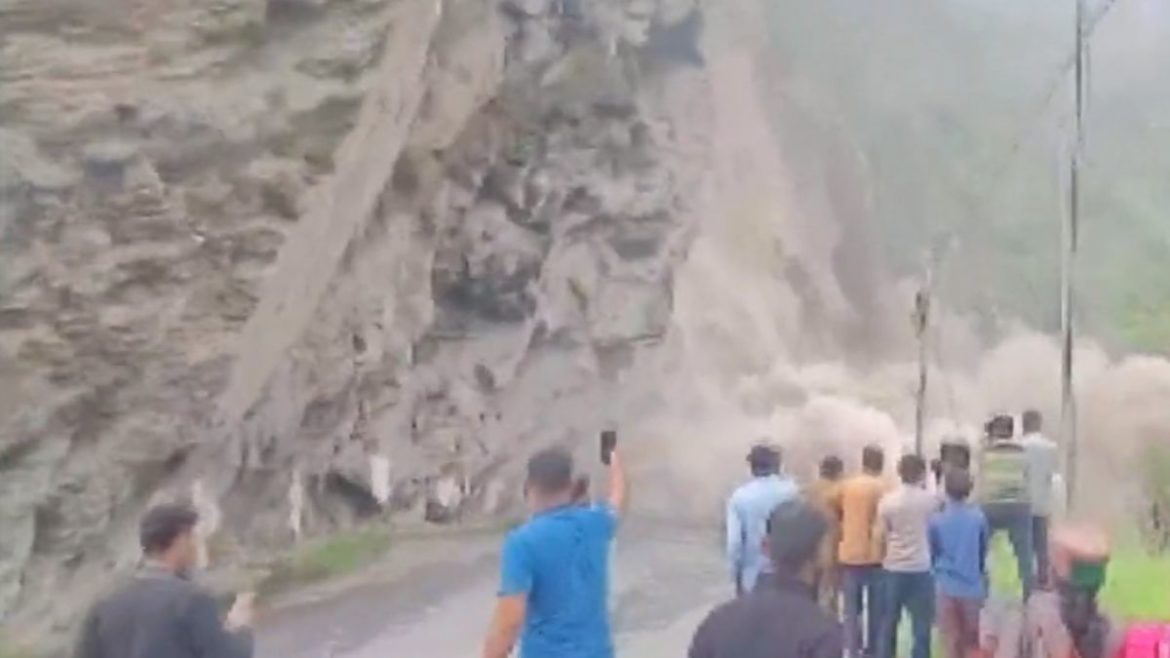 If you are planning to visit Kinnaur in Himachal Pradesh in a day or two, we would suggest you halt that plan for some time. On Monday, the Kinnaur district in Himachal Pradesh faced sudden landslides and hence the national highway is closed now. The disaster happened all of a sudden and it led to blocking the NH5 in Kinnaur. The officials shared this news of the blockage of the national highway on Monday.

The Kinnaur District Emergency Operation Centre shared the details of this natural disaster on Monday. They informed that landslides were reported in Bhaba Nagar in Kinnaur. And this led to blocking the Ferozepur-Shipki La National Highway 5 and any sort of vehicular movement is not allowed on NH5 at the moment. The news agency ANI shared a video of the landslides and how the rocks are rolling down the hills. The video looks very scary and the crowd there is running away in fear. Some managed to capture the horrific situation on their mobiles as well. Take a look at the rocks rumbling and tumbling down the hills and how the onlookers are running to save their lives.

Also read: I Trekked To A Glacial Lake At 14,000 Feet In Himachal And Here’s How I Did It!

The Bhaba Nagar sub-divisional magistrate shared that the work of clearing the road has already started. Machinery and equipment have been positioned already to clear the debris and restart all sorts of vehicular movement on national highway 5. As per reports, the National Highway Authority of India is working on restoring the road as well.

Also read: Himachal Pradesh and Sikkim Come Up With New Camping Rules & Here’s Everything To Know

Himachal Pradesh Is Prone To Disasters!

Well, this is not the first time that the Kinnaur district in Himachal Pradesh suffered a terrible disaster. This beautiful destination witnessed a landslide last year in August and it was very dangerous. Unfortunately, the rocks and debris trapped about 60 people.

It is quite evident that Himachal Pradesh suffers from massive rainfalls, floods, and landslides every year. So many people lose their lives every year because of these disasters. With this, the state also suffers huge losses of damaged property. The monsoon season is very scary in this state. Such a stunning tourist destination turns into a place that travellers need to avoid visiting.