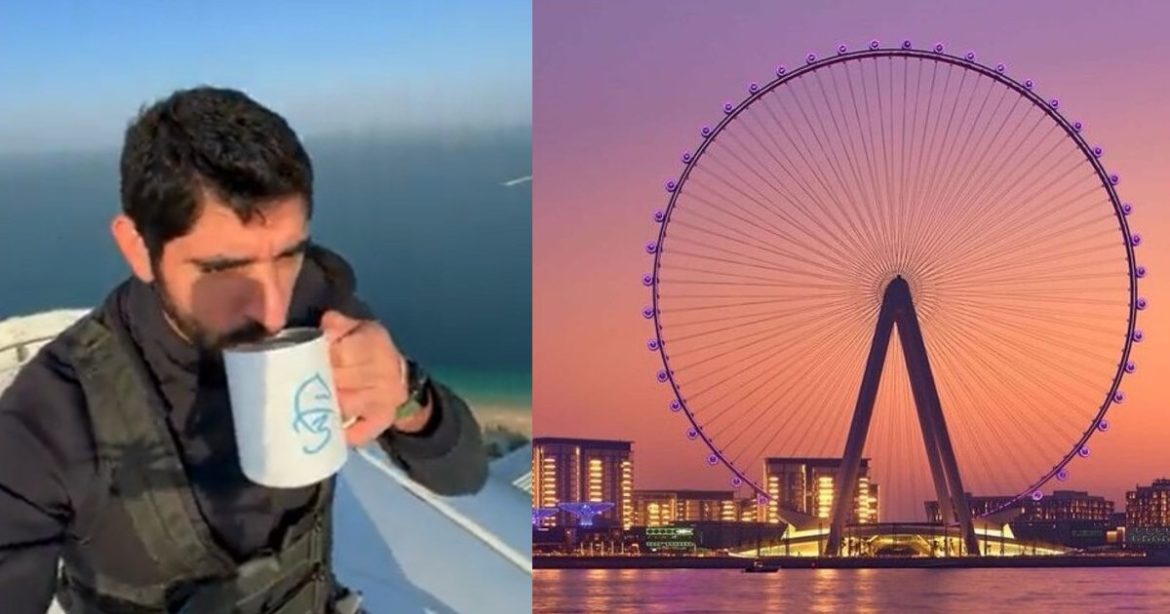 Ever thought of getting adventurous with a cup of steaming hot coffee? While the adventure will feed your adrenaline rushes, the coffee can soothe your soul. The Crown Prince of Dubai, His Highness Sheikh Hamdan bin Mohammed bin Rashid Al Maktoum had a thrilling coffee sipping experience right from the top of the world’s highest wheel Ain Dubai. Nestled on Bluewaters Island, the wheel rises 250 metres high into the sky.

Also Read: Dubai On A Budget: 5 Simple Tricks That Will Let You Save Big Bucks On Dining, Stay & Travel

Crown Prince Of Dubai Sips Coffee From Atop Ain Dubai

Ain Dubai, the world’s largest and tallest observation wheel, was thrown open to the public on October 21, 2021. Tickets for the same start at AED 130 onwards. The construction of the wheel has started in May 2015. On the opening ceremony of the wheel, Hamdan stunned the world by posing from atop one of his cabins. In the video shared by him, the crown prince is seen sipping coffee from a mug. He has captioned the picture as #aindubai, followed by a Ferris wheel emoji.

The Wheel Has The World’s Largest LED Screen

The magnificent ferris wheel, Ain Dubai offers a 360-degree view of the gorgeous skyline of Dubai. It has a total of 48 cabins and can carry up to 1,750 passengers. From the wheel, people can feast their eyes on noteworthy landmarks of Dubai like  Burj Al Arab, Palm Jumeirah, and Burj Khalifa. The ferris wheel project was launched in 2013 at an amount costing 6 billion dirhams. What’s more, the wheel is equipped with the world’s largest LED screen too.  Meanwhile, AURA- The World’s Highest Infinity Pool Is Set To Open In Dubai This November.