Dubai Metro Pillars Will Be Covered With New Street Art 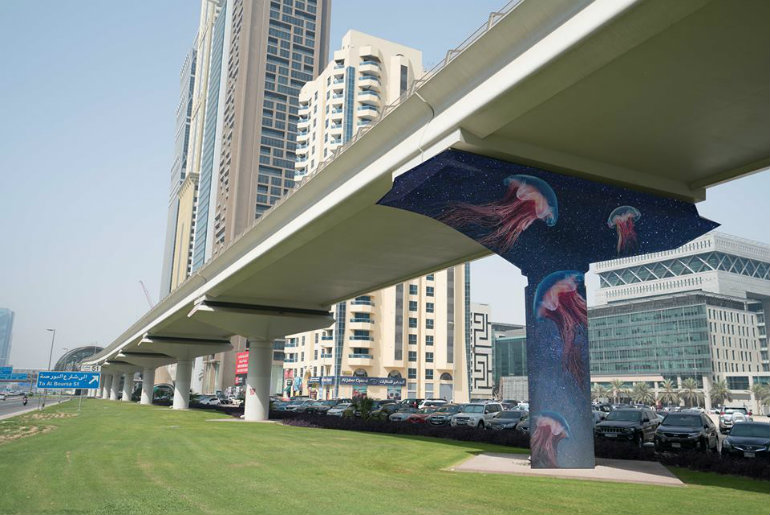 Pillars of the Dubai Metro bridges will be painted by various artists from all over the world as part of a beautification project.

The Dubai Metro Murals Project is a program launched by the Government of Dubai, aimed at transforming the city into an open-air museum that celebrates art, creativity & aesthetic freedom. Various artists from all over the world will gather together to beautify the city by painting the pillars of the Dubai Metro bridges. The themes of the murals have been chosen to spread happiness, inspire creativity & reflect Dubai’s character, vision, &  future aspirations. Currently, the stunning murals can be spotted along Sheikh Zayed Road between DIFC and Emirates Towers stations.

The Dubai Metro Murals Project has been undertaken by Brand Dubai who is the creative arm of the Government of Dubai Media Office. The collaborative initiatives communicate positive messages & are aimed at enhancing the look & feel of Dubai to reflect its unique character as one of the world’s most developed, fastest growing & culturally diverse cities.