A brand new grand addition is coming to JBR skyline. The Address Beach Resort hotel will open to guests on Thursday, December 17. Resembling the Dubai Frame, the new rectangular structure will consist of twin towers, connected by the tallest inhabited sky bridge in the world. The 77-storey building will be the newest hotel in Dubai when it welcomes guests this December.

Also read: THIS Dubai Bar Gets Voted As One Of The Top 25 Bars In The World 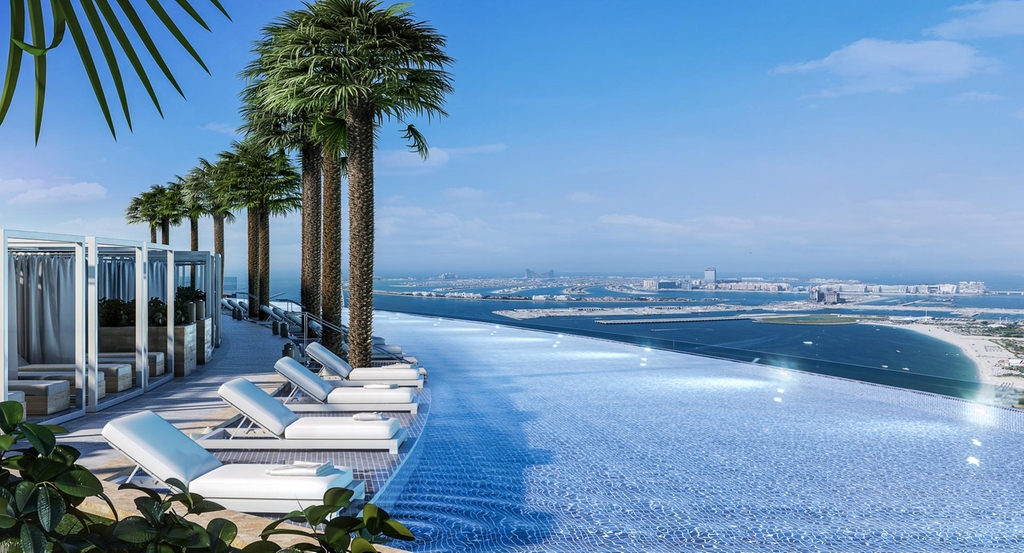 The Resort will be the first beachfront property for Emaar’s Address Hotels & Resorts brand. When open, the resort will be home to the world’s highest infinity pool. Besides, diners will be in for a treat as they can indulge in cuisines from around the world at Zeta, Li’Brasil, The Beach Grill and more.

In addition, there will be a family-friendly swimming pool as well as an ‘adults’ only pool. The elevated skybridge will also have a fitness centre, spa, as well as some still-to-be-announced restaurants. And that’s not all! The skybridge will also boast premium residences. The hotel has 217 rooms consisting of deluxe bedrooms, one and two-bedroom suites and three-bedroom presidential suites. Rates for stays at the JBR hotel start from AED 900.

Also read: AURA- The World’s Highest Pool Will Open In Dubai In 2020 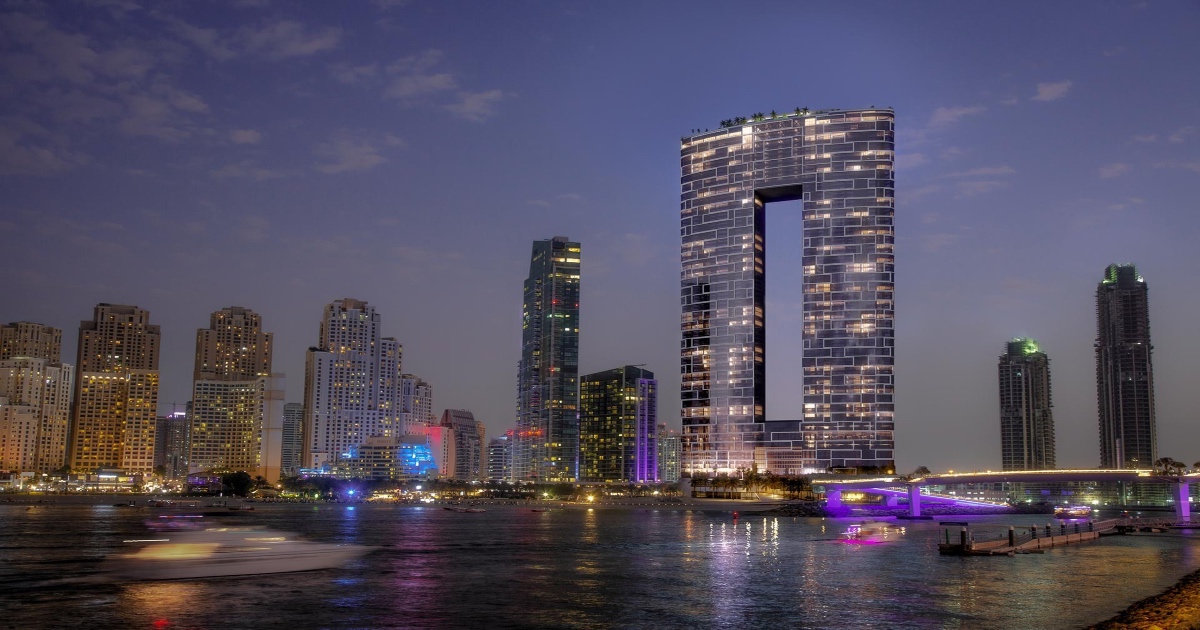 Dubai To Soon Welcome A Luxury Hotel Floating On Water

Emirati ship-building company Seagate Shipyard revealed the Sea Palace project. It consists of a luxury hotel surrounded by six floating and moving houses. The AED 600 million projects, which will be parked near Dubai Marina, will have shaft motors and hydraulic system that resists wave movements.

In terms of the development of the project, the project is 65 per cent ready, whereas the surrounding houses are in the final stages of construction. Not only this one of the floating houses – Neptune is already sold to a UAE businessman Balvinder Sahni for AED 20 million during the launch event on Monday. What’s more, you ask? 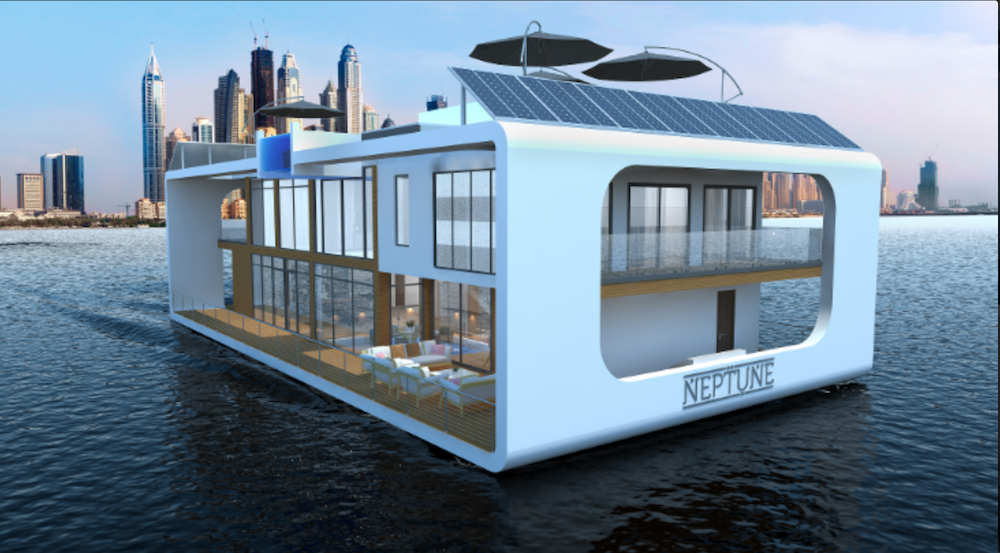 About the already ready house, Neptune, it spans two floors and has several balconies. The home also has an outdoor swimming pool and has four en suite bedrooms on the first floor. Besides this, it has two additional rooms for staff. The luxurious house comes with a grand kitchen and living room, and a glass floor for incredible water views.

Adding more grandeur to the houses, the furniture of this property is designed by luxury car company Aston Martin. On this, Mohammed El Bhawravi, founder of Seagate Shipyard and project executor said,

“Since the establishment of Seagate Shipyard, we have had the idea of doing this project in Dubai, the land of possibilities. I believe this will create a boom in tourism,” says Mohammed El Bhawravi, founder of Seagate Shipyard and project executor.

We can’t wait for the project to get ready, can you?