Dubai’s ‘The Link’ At One…
American Man Gives ₹2 Lakh…
Delhi’s IGI Airport Ranked The…
Love Sleeping? This Company Will… Dubai’s latest architectural marvel is now up in the air! One Za’abeel, one of the world’s most anticipated luxury hotels  is set to break the Guinness World Records title for ‘Longest Cantilevered Building in the World’. The cantilever, known as ‘The Link’, measures an 226 meters and stands 100 meters above ground.

‘The Link’ Stands At A Whopping 100 Meters Above The Ground

The Link is between Dubai World Trade Centre and the Dubai Frame. Created by Ithra Dubai, the structure was lifted in two phases – one in September and another in October. The first structure weighing over 8500 tons was lifted in 12 days and was one of the heaviest lifting operations in the region.

#Dubai's One Za'abeel, one of the world’s most anticipated luxury hotel openings, is set to break the Guinness World Records @GWR title for 'Longest Cantilevered Building in the World'. The cantilever, known as The Link, measures an 226 meters and stands 100 meters above ground. pic.twitter.com/wcn1z1uT47

Once operational, visitors can enjoy unique immersive experiences, ultra-luxurious hospitality and entertainment venues. In addition, there’s also a range of Michelin-star restaurants, an infinity pool, a luxury spa and an observation deck.

Issam Galadari, Director and CEO of Ithra Dubai, said, “The completion of The Link at One Za’abeel is the sum of effort, imagination, collaboration and the desire to create a meaningful and timeless contribution to Dubai. We are thrilled to be part of the city’s narrative and to join its long list of firsts.”

On another note, Dubai RTA announced the completion of 13 bridges leading to Dubai Hills Mall- a new mall in the city. The new bridges extend 3,700 metres in length and 11-22 metres in width. The bridges can hold up to 23,500 vehicles per hour, easing traffic. The main bridge on Umm Suqeim Street, is now open. The opening of the other bridges will be timed with the opening of the mall. 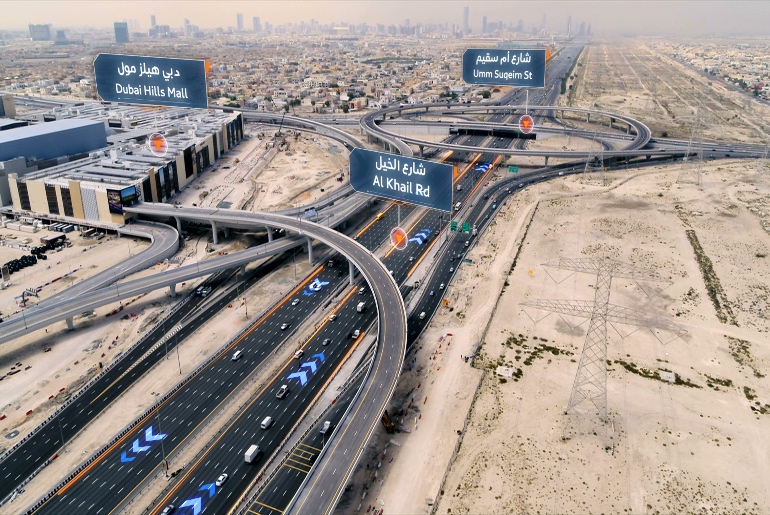