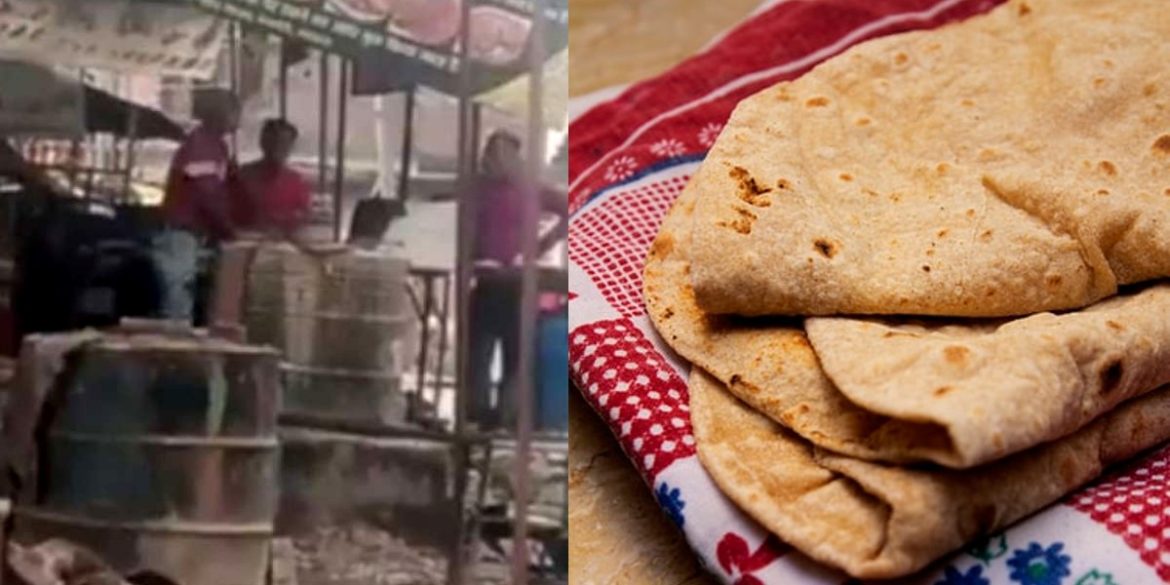 Food safety is a major concern in our country, especially amid the coronavirus pandemic. The hygiene and cleanliness standards of the eatery and safety gear worn by the cooks to prevent contamination need to be given almost importance. In an unfortunate incident in UP’s Kakori, a cook from an eatery was caught on camera spitting on the dough while preparing rotis. Read on to know more.

A roadside eatery, Imam Ali Dhaba in Kakori, near Lucknow, went viral on social media for the wrong reasons.  In a viral video, two cooks from the eatery were seen preparing rotis in a tandoor. One cook while kneading the dough was spotted spitting on it. And the other cook continues with his work without protesting about the same. The 22-second video went viral on social media. With netizens bringing the attention of the cops to the contaminated food, and the disgusting deed, the five cooks in the eatery, Danish, Hafiz, Mukhtar, Firoz, Anwar and the owner, Yakub was arrested.

#Lucknow A cook along with five others was arrested from Kakori area after a video showing him spitting on food went viral. pic.twitter.com/aEaZhlmMYa

As per a Times of India report, they have been booked under the Epidemic Act.  There have also been charges put on them for negligent act that might spread infection or disease and malicious act intended to do the same. This dhaba is ironically  situated near the Kakori police station area in Uttar Pradesh. This video is shot from distance, so it’s not very clear, so the police are further investigating the case. Netizens who watched this video are furious and are demanding strict punishment for the violators. Earlier, renowned celebrity hairstylist Jawed Habib was seen spitting on a woman’s hair during a training seminar in Uttar Pradesh’s Muzaffarnagar. He was condemned by netizens for his awful deed.

This is Javed Habeeb… Spitting instead of using water… absolutely horrible 🤮🤬 pic.twitter.com/8s7xaE8qfO