Emirates Shuts Onboard Lounges And Social Areas Amid Omicron Scare 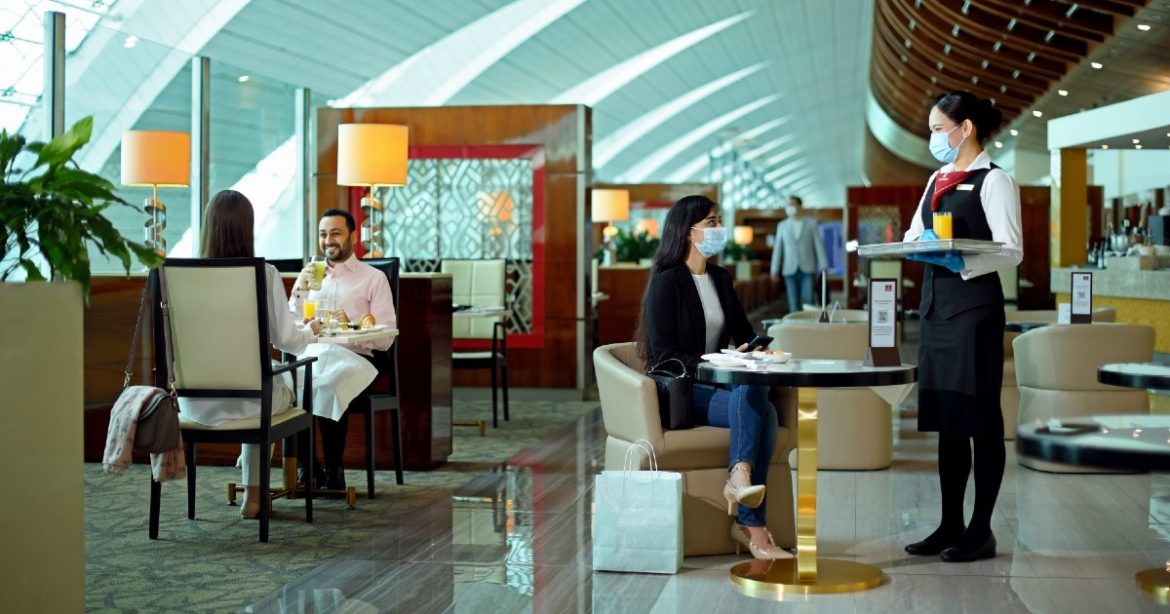 Emirates, Dubai has restricted its onboard lounges. Dubai’s flagship carrier has closed its social facilities for guests onboard its A380 aircraft. Over the last seven days, an average of over two million new cases per day come on the list. New worldwide cases increase by 270% since the Omicron variety was found in South Africa in late November. The social areas have been shut amid omicron scare.

Emirates will launch a revised A380 experience in October 2020. With new health and safety features added to it. In addition, for the winter season, the airline has improved its offering by providing a nutrient-rich welcome drink.

Emirates airline closed onboard lounges and social areas for passengers flying its A380 aircraft to prevent the spread of Covid, Gulf News reported https://t.co/8Fomt2RI7E

Also Read: Emirates Flight A380 Gets A Diamond Makeover

The airline has reopened 90% of its pre-pandemic network. It flies to more than 120 destinations globally from its headquarters in Dubai. It was previously announced in December that its members will have access to more than 120 lounges by February 2022. Emirates lounges at a number of UK airports reopened for passengers in late December. The list included London Heathrow, Birmingham, and Manchester with London Gatwick and Glasgow to reopen in January 2022.
Emirates lounges in Germany have already been reopened for customers. This sums up Munich, Frankfurt, and D sseldorf, as well as lounges in Milan and Rome. While lounges in Hamburg and Paris opened last month.

Random PCR testing is done on travellers coming from the UK in December. While the validity of PCR tests on travellers from some countries has been lowered to 48 hours. It involves the UK, India, Pakistan, Bangladesh, Sri Lanka, South Africa, Sudan, and Zambia.

“Emirates regrets any trouble this has caused. “The safety of our passengers and staff is of the highest priority to us,” an airline spokeswoman said in a statement following the shutdown of the aircraft’s lounge and social area.