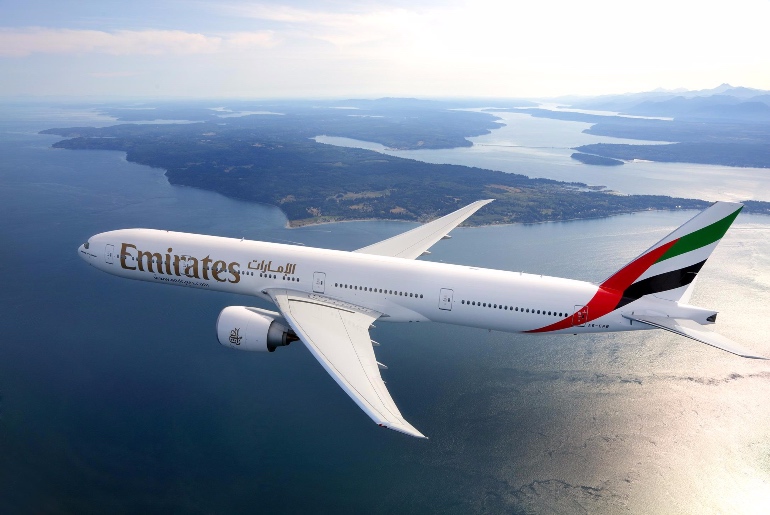 Emirates is all set to resume flights from Dubai to Auckland in January. The Dubai-based airline plans to resume the flights on January 3. If this gets approved, then Dubai-Auckland flight will be the longest commercial passenger flight to operate since Covid-19 travel restrictions were implemented.

Also read: Emirates Passengers From Dubai Can Now Get Covid-19 Test For AED 150

The Boeing Jet Will Replace Airbus A380 For Its Operations

Replacing a former daily service with a four-weekly operation, Emirates plans to fly a Boeing 777-300ER on the route. As per the news, the Boeing jet would replace the Airbus A380, which previously serviced the 14,200-kilometre flight path. In terms of the flight, the 17-hour flight from Dubai to Auckland service will also set a record for the longest non-stop commercial flight for a 777-300ER jet.

Speaking about the longest flights, till now, Emirates’s longest 777 flight was from Dubai to Dallas over a distance of just under 13,000 kilometres.

Also read: Emirates Offers Year-Long Discounts For Students & Their Families For Trips Across The World

It is not the first time that Emirates is breaking a world record. In 2017, the government-owned airline replaced Qantas Airways to fly the longest non-stop scheduled commercial flight to Auckland. Operated on an Airbus A380, the Emirates flight landed in New Zealand after a 16 hour, 24-minute journey.

For travel restrictions in New Zealand, only citizens, residents and those travelling for a critical purpose can fly to the country.

Also read: 6 Best Things To Do In Auckland, New Zealand!

Emirates is resuming its services after Covid-19-related restrictions caused it to ground most of its flights in March. The airline is now flying to 85 destinations around the world. Passengers travelling with Emirates on any route can also claim free Covid-19 medical cover if they catch the virus overseas.