During the coronavirus lockdown, several stories are doing rounds on social media on magnificent animals taking over the streets. From nilgai, civet and sambhar deer to olive turtles, pink flamingos and dolphins, a wide variety of interesting creatures have flocked into the urban zones now. Ever since the streets have become empty, we have heard about several instances of dolphins returning to the coastlines. And here’s a recent one that happened in Meerut. Read on.

Recently, rare Ganges River Dolphins returned back to the Ganges of Meerut. Indian Forest Service (IFS) officer Akash Deep Badhawan uploaded the video of the same on Twitter. In Badhawan’s words, these dolphins used to live in the Ganga-Brahmaputra-Meghna river system and are now endangered. These creatures were first discovered in 1801. They have tiny slits for eyes and they are actually blind. They hunt other fishes with ultrasonic sounds. The video shows a pair of these dolphins swimming in the Ganga waters of Meerut. It has already taken the internet by storm.

DYK?
Ganges River Dolphin, our National Aquatic Animal once lived in the Ganga-Brahmaputra-Meghna river system is now endangered. They live in fresh water and are practically blind, with small slits as eyes.
Was fortunate to spot these in Ganges in Meerut. pic.twitter.com/BKMj8LqaIi

After lockdown, all major industrial activities have come to a lengthy halt. This has resulted in a remarkable dip in the water pollution levels. Post lockdown, the quality of river Ganga has improved by about 40 to 50 percent. According to various reports, industrial and domestic sewage, oil spills, agricultural wastes and non-biodegradable plastics are some of the main sources of Ganga water pollution. Since these scraps are not being discharged into the river for a while now, the water near the banks is gradually getting much cleaner.

Earlier, during the shutdown period, a school of rare dolphins was spotted near Mumbai’s Marine Drive. The beautiful creatures have also made a comeback to Kolkata, after about three decades. The pandemic has pushed us indoors, but these dolphins are literally enjoying their newly gained freedom. They had probably missed such independence since long due to the rapid increase in human activities. 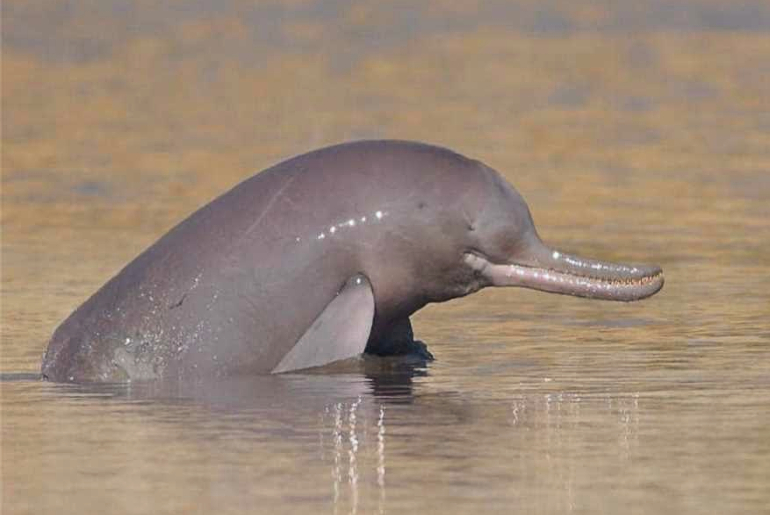 Also Read: Dolphins Have Reportedly Made A Comeback To Kolkata After 3 Decades

Here’s the positive side of the pandemic. Amid so many stories of fear and tension, this news is surely something that can cheer up our minds.