Dolphins Have Reportedly Made A…
We Took A Hot Air…
Work-From-Vacation Season: 5 Stays To…
5 Hotels In Agra That…

Dolphins Have Reportedly Made A Comeback To Kolkata After 3 Decades

The coronavirus-induced lockdown, while being extremely difficult for us, is doing some great things for the environment.

Several reports during the course of the lockdown have pointed out that the significant reduction in air and water pollution is causing skies to turn blue and animals to return to their original habitats. 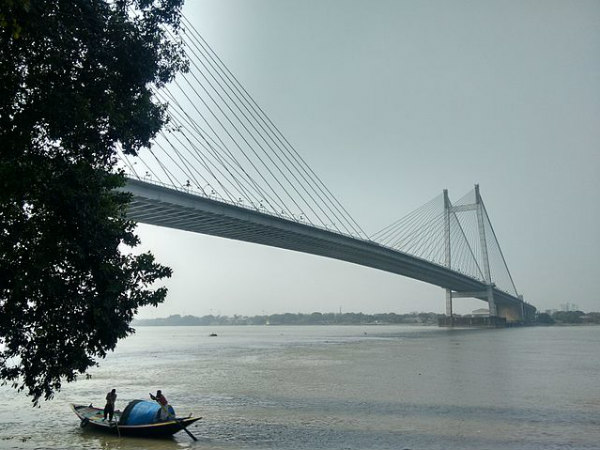 Dolphins Return To Kolkata After 3 Decades

According to recent reports, the rare South Asian River Dolphin, commonly known as the Ganges Dolphin, has been spotted at different ghats in Kolkata. Categorized as ‘critically endangered’, these dolphins have not made an appearance in Kolkata for years.

These Gangetic dolphins were a normal sight at various Ghats in Kolkata 30 years ago; but due to an increase in water pollution, the mammals were forced to retreat.

As per a Times Of India report, water quality in the river Hoogly had improved significantly due to reduced water pollution, which is caused by industries and human activity. Environmentalists and photographers have allegedly spotted these endangered mammals in areas like Babughat and in city outskirts.

Image Courtesy: Down To Earth

These Gangetic dolphins are the only freshwater dolphins in the world. Being critically endangered, they have a global population of barely 1,200 to 1,800.

In 2017, a team experts from the Worldwide Fund for Nature-India mapped the abundance of Gangetic dolphins in the Hooghly as well as the threats to them.

What they discovered most striking was the fact that these endangered mammals were sighted in highly polluted pockets of the river. The study also found that apart from pollution, one of the biggest threats to the existence of dolphins in the Hoogly river was human activity and transport.

Recently, a Schools Of Dolphins Was Spotted Near Marine Drive Thanks To Drop In Water Traffic Too!

While the appearance of these dolphins has come as a pleasant surprise to many, we hope that they are here to stay!