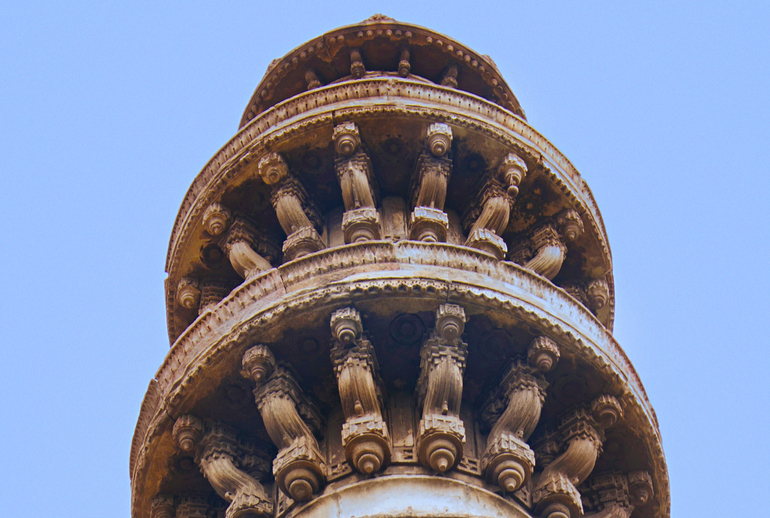 Visit the Jhulta Minara to solve the mystery of the shaking minarets of this historic site located in Ahmedabad.

The vibrant minarets are a part of the Jhulta Minara mosque also known as the Sidi Bashar Mosque built in 1452 AD. It’s been built in such a manner by the craftsmen that if one of the minars vibrates or shakes then the other one duplicates the force too and hence, it vibrates. The reason behind this force of action is still unknown and the Jhulta Minara has become a famous tourist spot to explore.

Also read: Watch Your Favourite Movie At The Sunset Drive-In Theatre In Ahmedabad The mosque has two minarets, also known as the Shaking Minarets whose mystery still lingers around. Designed by the best of architects and craftsmen, when one minar vibrates due to an external force, the other one vibrates too. Altough, the connecting passageway between the two remains vibration-free.

Many have tried to unsolve the mystery behind this and even Britishers who came in an attempt to solve this have failed.

Also read: There’s A Fruit Food Truck In Ahmedabad And You Can’t Miss It!