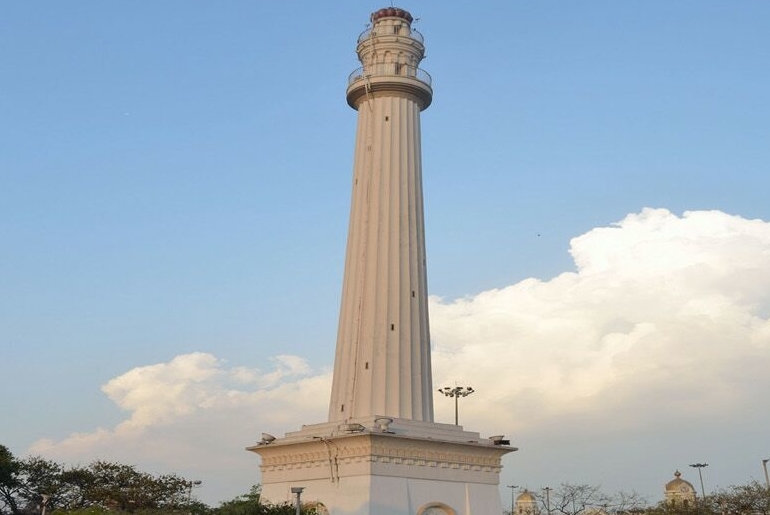 Earlier known as the Ochterlony Monument, Shaheed Minar is a prominent landmark in the city that offers exciting panoramic views of Kolkata.

Shaheed Minar is a white building that stands tall and reflects beauty and charm which was founded in 1848 in memory of Major General Sir David Ochterlony, commander of British East India.

The lush green field of the Shaheed Minar is also known as the Shahid Minar Maidan or the Brigade Ground. Shaheed Minar honours the sacrifice of Indian freedom fighters, it shows a beautiful blend of Egyptian, Syrian and Turkish architecture. The monument is white in colour and is 48m high. Climb up 218 steps to reach the top of this monument and enjoy a panoramic view of the city of Kolkata.

The winding steps will seem like a stairway to heaven and it also boasts a balcony to witness breathtaking views of the city.