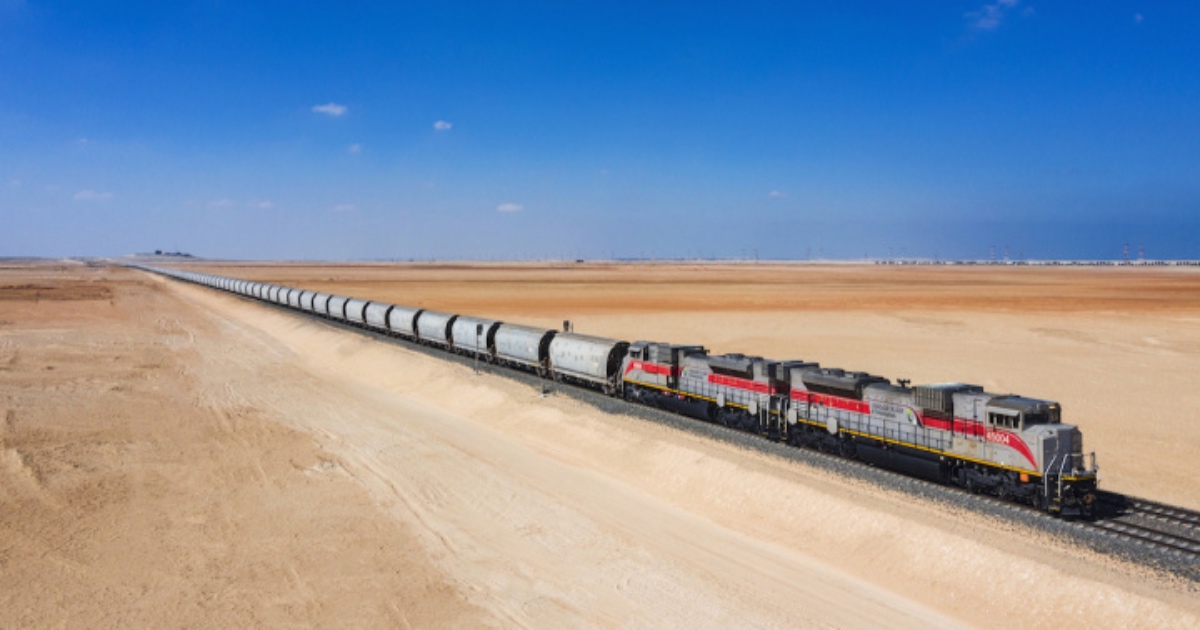 Hyperloop, sky pod, new bus routes– It looks like Dubai’s on a roll to improvise public transport and the latest addition to this list is the new rail route that will link Dubai with Fujairah. Earlier, a video revealed by Etihad Rail shows that a new railway track connecting Dubai with Fujairah is well under way. And now, the recent update is that excavation work on Etihad rail’s longest tunnel is complete. The 145 kilometer link will connect the two emirates through at least 15 tunnels and 35 bridges.

The Etihad Railway project was launched in December 2019. The AED 4.6 billion contract includes a 145 kilometer long track all passing through 15 tunnels, 35 bridges, and 32 underpasses connecting Dubai, Sharjah and Fujairah. When complete, the track will cover 1000 kilometers, from Ghuweifat on the border with Saudi Arabia to Fujairah. It will also connect Abu Dhabi’s Khalifa and Mussaffah ports with Dubai’s Jebel Ali port and the Port of Fujairah.

The Etihad rail project is being constructed in three phases. The first phase- a 266km stretch between Al Ruwais and the Shah gasfield in Abu Dhabi, became operational in 2016. Two trains, capable of transporting up to 22,000 tonnes of sulphur run across the country, everyday.

In stage two, a 600 km long track will be laid down from Ghuweifat, on the border with Saudi Arabia, to Fujairah on the east coast. As of now, tracks are being laid as part of Phase 2. The railways track is progressing at a rapid pace. However, an official completion date is awaited.

Saudi Arabia And UAE To Be Connected By A Rail Line

Hopefully, by December 2021, there will be a direct train route between UAE and Saudi Arabia that will be carrying passengers and cargo too. It will be a 2100 km trail which will ultimately connect the six GCC states – The United Arab Emirates, Bahrain, Saudi Arabia, Oman, Qatar and Kuwait. Initially, there were plans to get the route running by the Expo in 2020, but it will narrowly miss that window.

An official from Federal Authority for Land and Marine Transport has confirmed that the plans are laid out and by December 2021, they will be able to launch the project.

There’s not much info given on the type of train that will be used for the transportation. It will be a conventional track, as opposed to a bullet or a hyperloop. Along with this $200 billion-plus project, each of the GCC states are developing their own domestic railway lines in order to provide better security and safety while traveling through the railway route. Cumulatively, these railway projects will be supporting 16 million passengers to travel per year.

Dubai & Abu Dhabi To Be Connected By Train

Soon, you can sit back, relax and enjoy a joyous train ride from Dubai to Abu Dhabi, thanks to Etihad’s innovative venture.

Etihad Rail plans to link Dubai and Abu Dhabi via a 1200km train track. Passengers will also enjoy additional stops in Sharjah, Ras Al Khaimah and Fujairah. The first phase of the operation kicked off in 2016 and covers Al Dhafra to Abu Dhabi. As per reports, the second stage is well under progress too and has extended over an impressive  605 kilometres.

So, get set for day trips to Abu Dhabi or further afield! Meanwhile, here are Top 5 attractions to visit in Abu Dhabi.