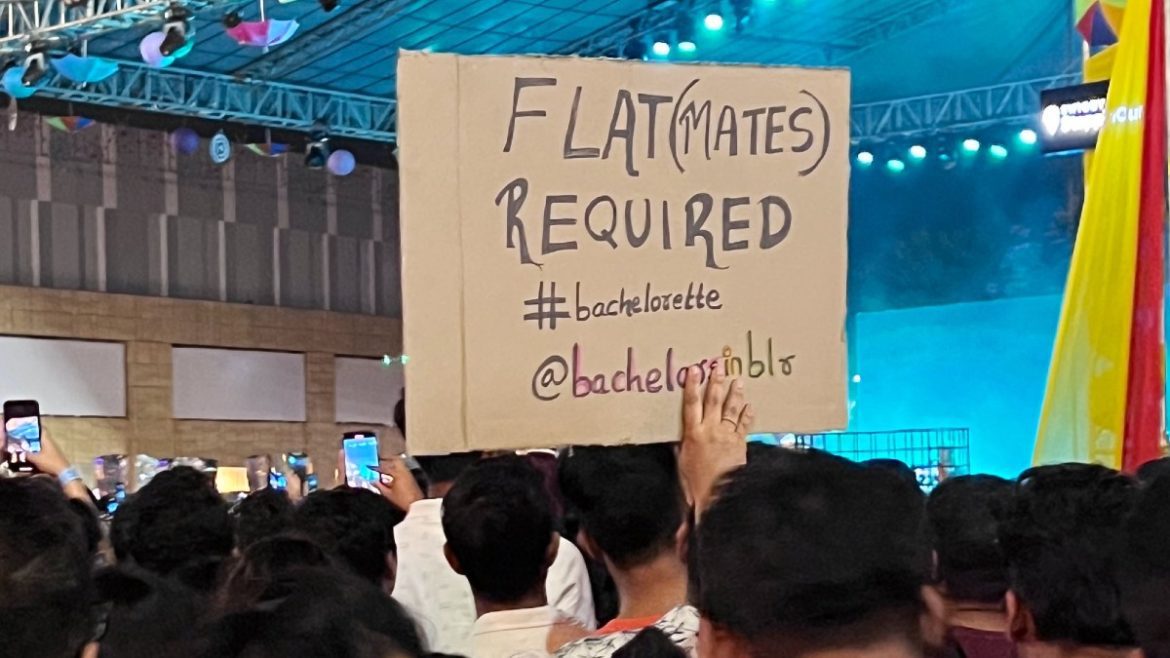 Finding a roommate in Bangalore is as difficult as hitching an auto rickshaw. It’s that tough. So, with a never-say-die attitude coupled with an out-of-the-box idea, a woman in Bangalore attended a Lucky Ali concert to find a flatmate. Yes, you read this right! Read on to know what happened next.

A Twitterati Shubh Khandelwal, who goes by the handle @ShubhKD posted a picture of the same. In the picture, a concertgoer is seen holding a placard that reads “Flat(mates) required #bachelorette.”  Shubh captioned the picture “You know housing situation is bad in @peakbengaluru when this happens in a Lucky Ali concert (sic).”

You know housing situation is bad in @peakbengaluru when this happens in a lucky ali concert pic.twitter.com/jyWjoyq62B

The Twitter handle @bachelorsinblr belongs to a woman named Ankita. Her account bio states that she is a data engineer, singer and storyteller of data. Calling herself a ‘Dog Ma’, Ankita states that she is house hunting in Bangalore. Perhaps, the best place to find a flatmate is at a Lucky Ali concert. After all, you’d know you can find the perfect match in a flatmate who has the same music taste as you.

The picture of her placard at the Lucky Ali concert in Bangalore’s Phoenix Marketcity Mall, Whitefield, went viral on social media. Netizens hilariously commented on the post on how it’s easier to find a life partner in Bangalore than a flatmate. Others resonated with the city’s housing crisis.

Well, we hope the bachelorette found her flatmate at the concert. If she didn’t, we’d want to ask her which concert is next on her list to find a flatmate.