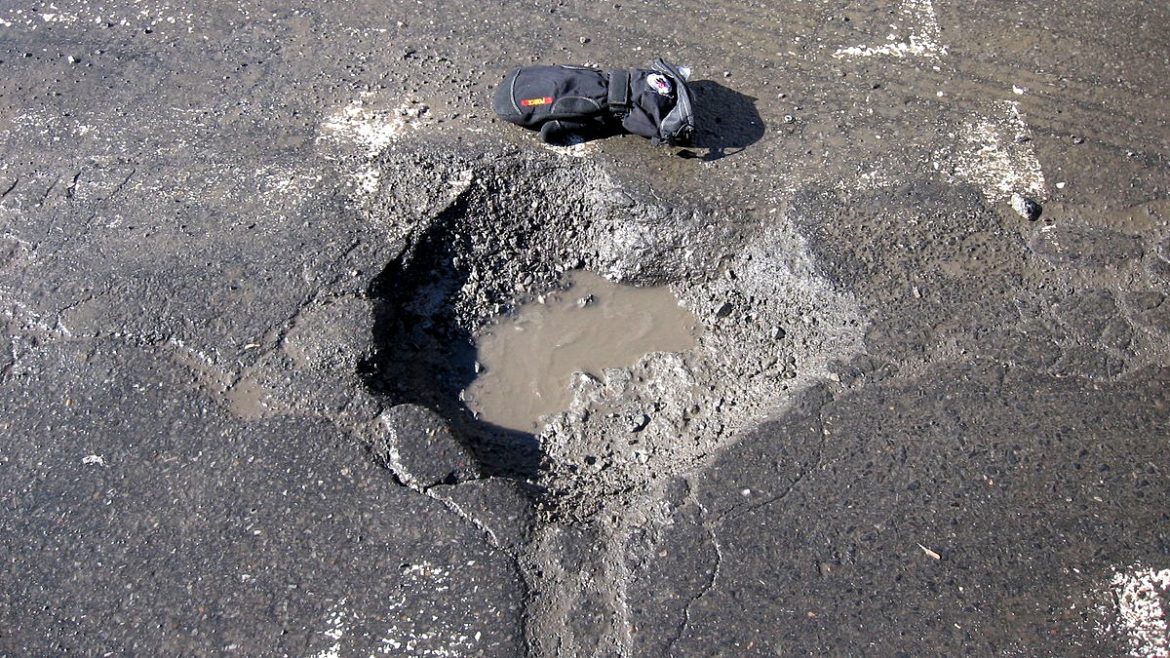 Bangalore is known for its historical landmarks. No! We aren’t referring to the Bangalore Palace or Tipu Sultan’s Fort. It’s the under-construction flyovers and potholes that have stood the test of time. And now, the cherry on the cake is a Bangalore pothole, that recently got listed on Google Maps. Yes! It’s now a city landmark.

Bangaloreans had a field day on social media after a massive pothole in Bellandur got listed on Google Maps. Shared by a popular Twitterati Nimo Tai (@Cryptic_Miind), the screenshots show the Google location of a pothole.  ‘Abizer’s Pothole’  logs as ‘Bangalore’s historical landmark’. The post mentions the location as Bellandur, a suburb in southeast Bangalore.

In Bangalore, Potholes are landmarked on Google and have reviews 😂😂 pic.twitter.com/1zc6n3cuVV

Resembling no less than a massive crater on Mars, the pothole instantly received mock reviews. And not to forget 10 five-star ratings. A Netizen calls it a “well-designed pothole”.  Another refers to it as a”top tier pothole with a great location”. While yet another social media user says it’s a “must-visit pothole”. One even suggests naming the historical landmark after the MLA or local corporator. Consequently, Twitteratis are circulating screenshots of these hilarious reviews. 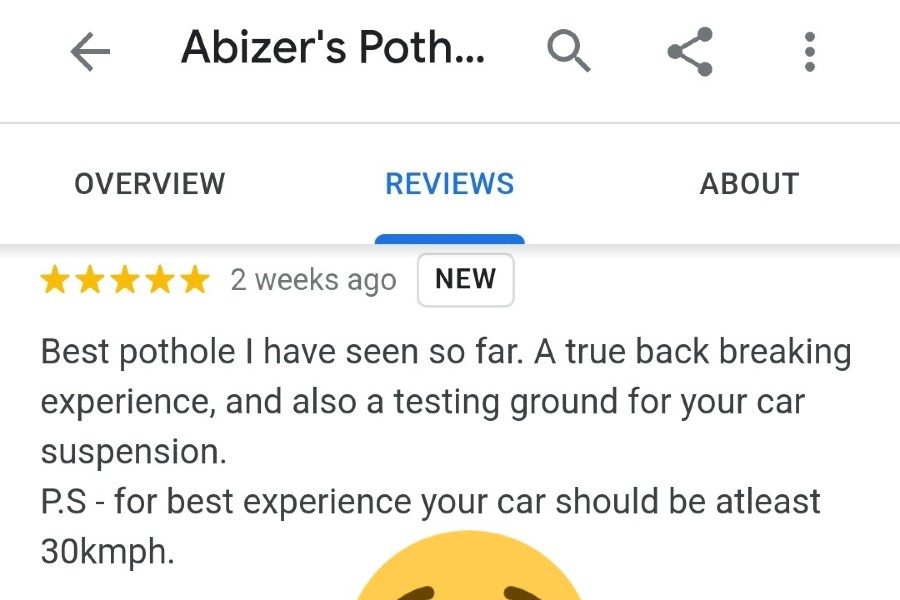 In fact, citizens are using jokes to create awareness about the pathetic condition of Bangalore roads. Earlier, Biocon executive chairperson Kiran Mazumdar-Shaw raised concern about the same. She slammed the government for pothole-filled roads. And further enquired on Twitter if anyone even listened to Bangaloreans’ concerns.

We hope the government takes strict action ASAP to fill potholes and repair roads in Bangalore.