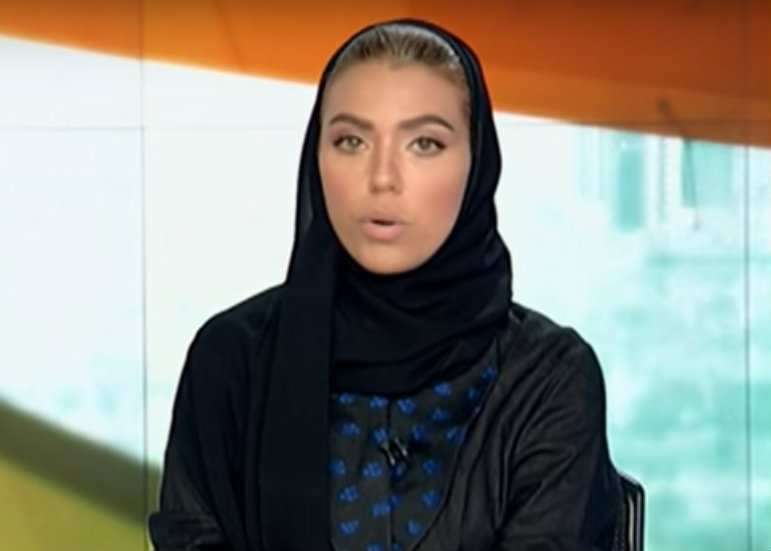 Saudi Arabia is making the news as it marks a new event in its history.

Viewers of the state-owned TV channel, Channel 1, were stunned to see a woman presenting the main evening news bulletin on the nightly 9:30 pm newscast on Thursday 20th September. Weam Al Dakheel became the first woman ever to be presenting the nightly newscast alongside anchor Omar Al Nashwan. A day that will be marked in the history of Saudi Arabia. Female presenters were allowed on soft morning newscasts, women’s programmes, cooking shows and weather updates while men presented the night news bulletins. “Jumanah AlShami was the first women to present morning newscasts in 2016. Today history repeats itself as #WeamAlDakheel becomes the presenter of the main nightly newscast, setting a precedent in a historic first for Saudi TV 1,” Saudi TV said on its official Twitter channel.

Also Read: Al Mallah Cafeteria In Dubai Is Famous For Its Delicious Shawarma

This move comes after a series of reforms initiated in the Kingdom of Saudi Arabia were aimed at the empowerment of women including a Royal Decree issued in September 2017 by King Salman bin Abdulaziz allowing women to drive as of June 24, 2018. The empowerment of Saudi women is a key pillar of Saudi Vision 2030, spearheaded by Crown Prince Mohammed bin Salman. The past year saw the entrance of some 600,000 Saudi women to the workforce.