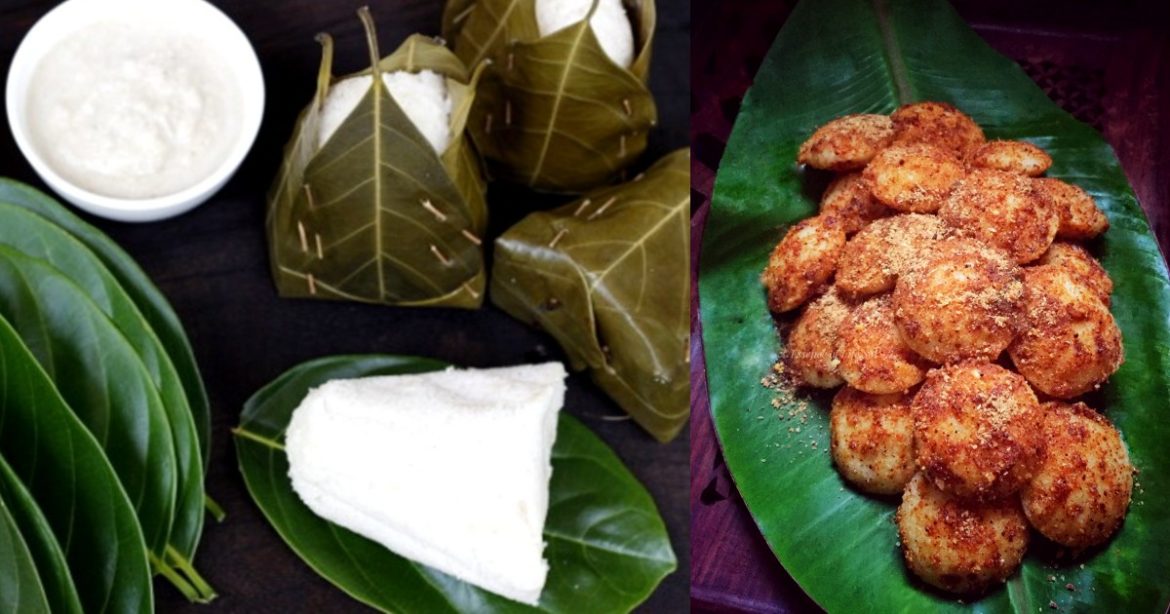 The humble South Indian idli, or in angrezi terms ” savoury rice cake, prepared from steaming fermented lentils and rice”, is undoubtedly one of the most beloved breakfasts in India. It’s healthy, delicious and nutritious and even voted as one of the best breakfasts in the world. And if you’re a foodie, who cannot fathom breakfast without dunking soft idlis into simmering bowls of sambar or spicy coconut chutney, then we have just the right recommendation for you. Here are 5 kinds of iconic idlis that you must sink your teeth into.

Bangalore’s Mavalli Tiffin Rooms, better known as MTR is the brainchild behind the creation of Rava Idli. During World War II, rice, a staple item used to prepare idlis was in short supply. To combat the shortage of rice and the rising demand for the mandatory idli, MTR used semolina or rava instead of rice to make idlis. And voila! Rava Idli entered the culinary world. This idli is coarser in texture than the regular idli, yet it’s super nutritious. Rava is full of fibre and it adds valuable nutrition to your diet. So, the next time you visit a South Indian restaurant, do try out Rava Idli, you can thank us later. 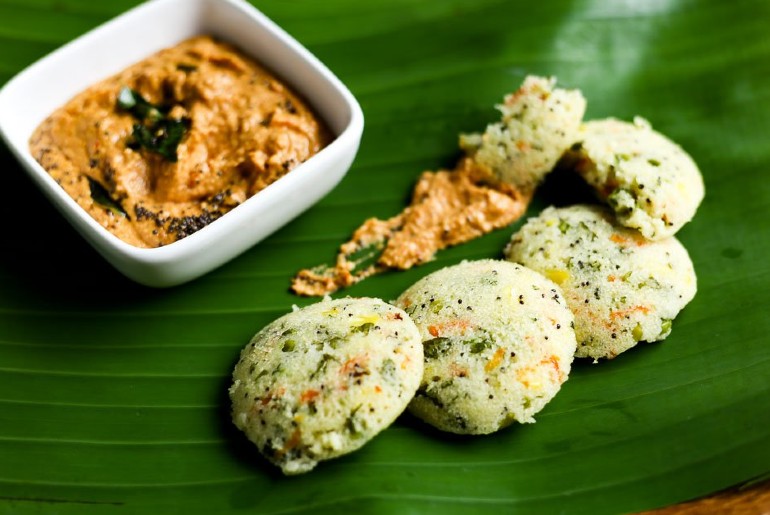 The word ‘Thatte’ translates to ‘plate’ in Kannada. Thatte Idlis are flatter in shape and resemble a plate or a disc. These idlis originate from the Tumkur and Bidadi districts of Karnataka. Each Thatte Idli is equivalent to around 2 to 3 regular idlis. They are bigger in size and softer in texture thanks to the addition of tapioca pearls or sabudana in the batter. Thatte idlis are slightly more spongy and porous. Enjoy them with spicy coconut chutney and you’re good to go. 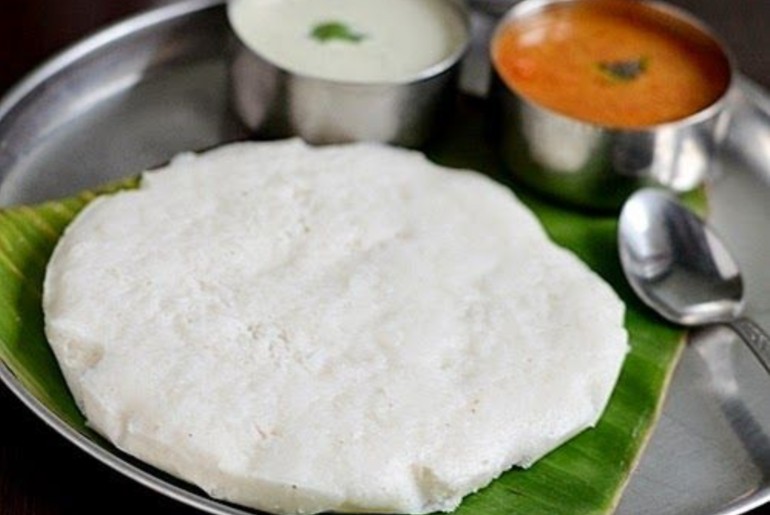 A staple in Konkani households and relished during festivals, Khottos are idlis steamed in jackfruit leaves baskets. Jackfruit leaves are weaved into tiny baskets to steam idlis in them. They are then filled with idli batter and steamed to prepare khotto. The jackfruit leaves exuberate a distinct aroma and flavour into the soft fluffy idlis. Served for breakfast or a lavish festival lunch, khottos with sambar and chutney, give the x-factor to every celebration. It’s one of the predominant breakfast items in Konkani cuisine. 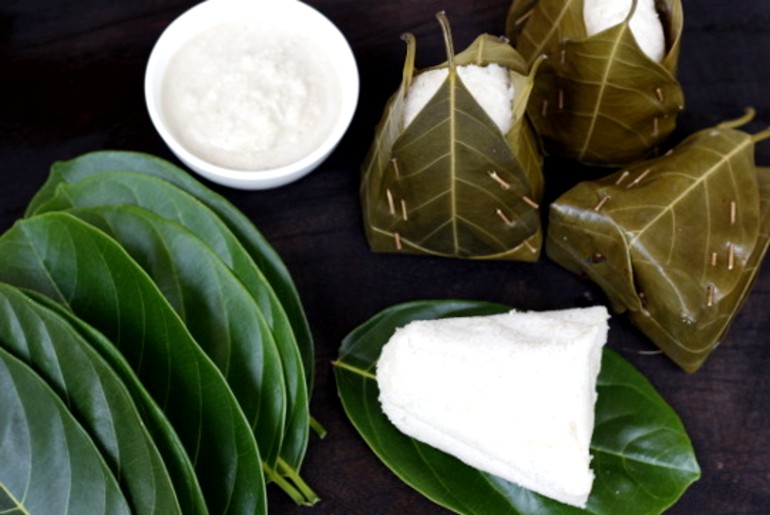 Podi Idlis are usually mini idlis sprinkled with podi or a mixture of spices. Milagai podi of the spice mixture typically contains ground dry spices like dried chillies, black gram, chickpeas, salt and sesame seeds Informally podi is also called as chutney powder or gun powder. Mini idlis are made and then doused into the podi and topped with oodles of aromatic ghee. Podi idli is spicy and coates your palate with an extra zing. 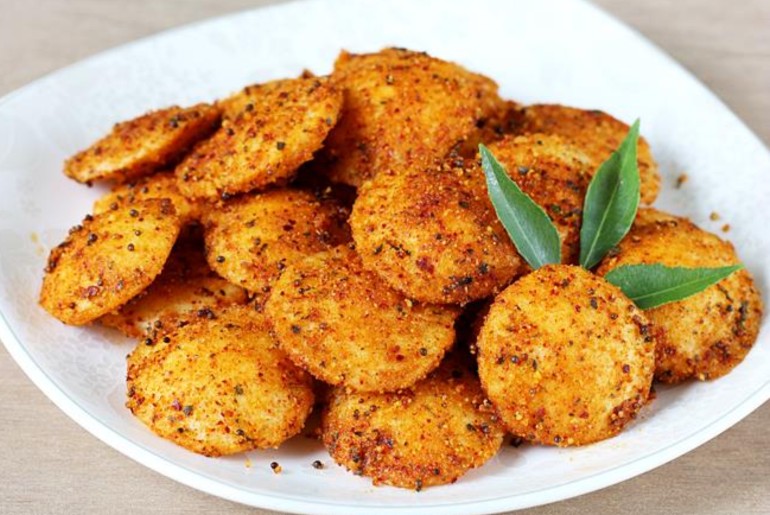 Better known as cucumber idli, Southekayi Kadubu or Taushe Idli is a unique sweet idli made with cucumber, coconut and jaggery. It’s a Mangalorean idli, hailing from South Canara or Udupi region. Southekayi Kadubu is usually prepared for breakfast especially during festivals. It can be devoured as both a snack and a dessert. This idli prepared with rice, coconut, cucumber and jaggery has a sweet taste, that might not be everyone’s cup of tea. Nevertheless, it’s unusual, and definitely, something that every idli lover must add to their bucket list. 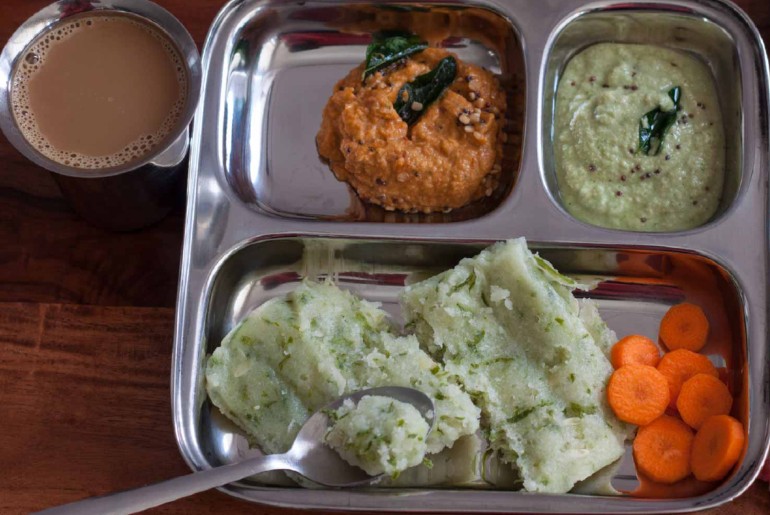 Foodies! These are the 5 types of idlis that you must savour in South India. They are unique in noth only the ingredients used, but also in their mode of preparations. Bon Appétit