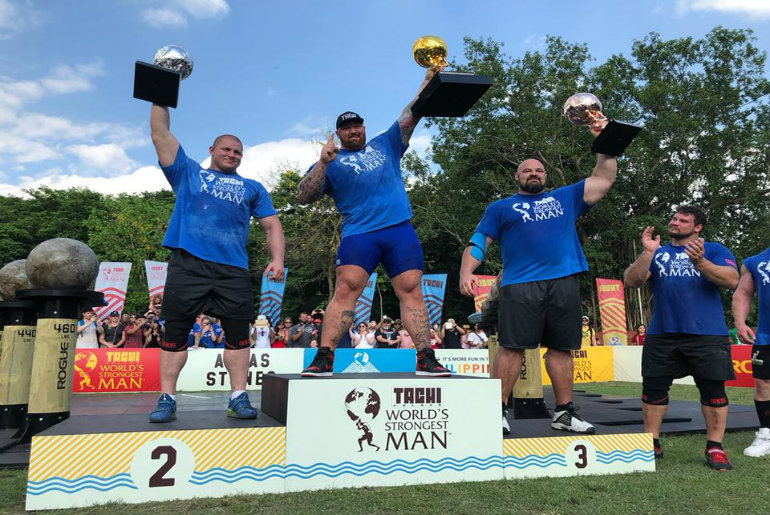 Can you pull a 30+ tonne truck or deadlift 500 kg? Well, these men can. Dubai folks are going to witness a spectacular event this year. The world’s strongest man, Hafthor Bjornsson a.k.a Thor who is also a Game of Thrones star is coming to Dubai to go head on for the first ‘World’s Ultimate Strongman’ competition. The event has been titled ‘Beasts in the Middle East’. The festival-style event will take place on October 26 at the Bab Al Shams arena from 3 pm to 3 am & entry tickets will start at AED 249. Think you’re strong? Think again. Comprising 15 of the strongest men in the world, the event will see the world heavyweights battle head to head in six events for the following challenges.

1.Truck Pull – Athletes pull a 30+ tonne truck with a harness and rope for a set distance as fast as possible

2. Arm over arm vehicle pull – Athletes pull a vehicle towards them using a rope and their hands for a set distance

3. 18-inch deadlift – Athletes lift a heavy apparatus (over 500kg) off the floor competing for who lifts the heaviest weight

4. Press Medley – Athletes run through a series of pressing large dumbbells, train axles, steel logs and solid steel shields over their heads in the quickest time.

Competitors to watch out for

Terry Hollands – A legend of strongman from the UK. Previously a podium finisher at World’s Strongest Man.