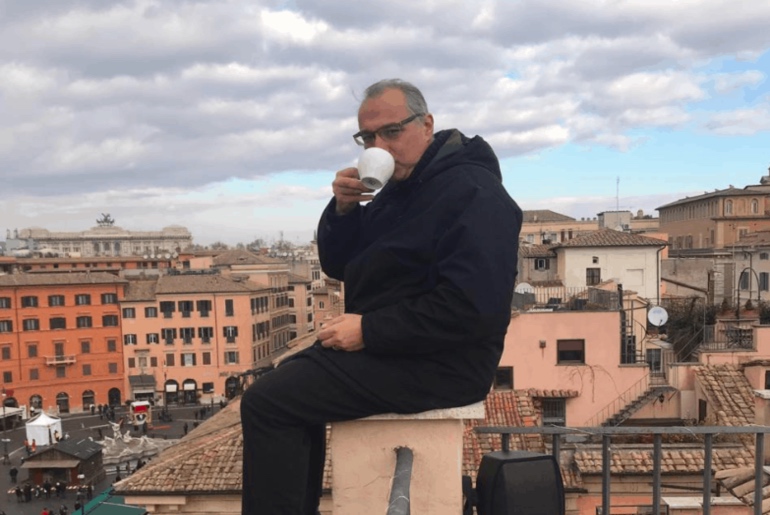 Call it luck or fate, this Greek man miraculously escaped the horrendous Ethiopian crash, and his story will make you want to believe in magic.

“When I arrived, boarding had closed, and I saw the last passengers in the tunnel going into the plane. I yelled for them to let me in, but I was not allowed,” Antonis Mavropoulos wrote in his Facebook post.

Antonis Mavropoulos had luck favouring him, or should we say this Greek man has a really strong lifeline? Whatever, it was, Antonis miraculously escaped the recent Ethiopian crash and his story has now gone viral.

Ethiopian airlines en route from Addis to Nairobi, crashed minutes after takeoff, resulting in the death of 157 passengers on board. However, Greek man Antonis Mavropoulos, who also had a ticket to board the same flight, missed his flight, escaping the horrendous accident. In his, Instagram post titled ‘My Lucky Day’ Antonis detailed that he missed his connecting flight in Addis Ababa.

Antonis was travelling to Nairobi for work and barely had 30 minutes to board his connecting flight. He then booked himself on another flight but wasn’t allowed to board that either. The airport staff questioned him as he was the only passenger who didn’t board the doomed flight.

“I’m slowly coming to terms with what happened and how close it came. On the other hand, I’m also very upset – I’m shattered – for those who were lost,” he said in the interview.

The post went viral with over 7000 shares, and people leaving comments on how lucky he was when compared to the hundreds who lost it all in the fatal crash.

Meanwhile, UAE has joined the list of 13 other countries that have banned operations of the Ethiopian aircraft -Boeing 737 Max. The ban, effective from 13 March 2019  is a precautionary measure to avoid any such incidents. Authorities have further said that the ban is issued in order to protect the public, both in the air and on the ground.

UAE’s Aviation Authority said that the ban applies to all carriers coming into or leaving from any of the airports in the UAE. National carrier FlyDubai operates Boeing 737 MAX machines. However, FlyDubai has now confirmed that it will be suspending operations on both MAX 8 and MAX 9 models.