Hamda Al Hosani Is The Most ‘Special’ Emirati Sprinter 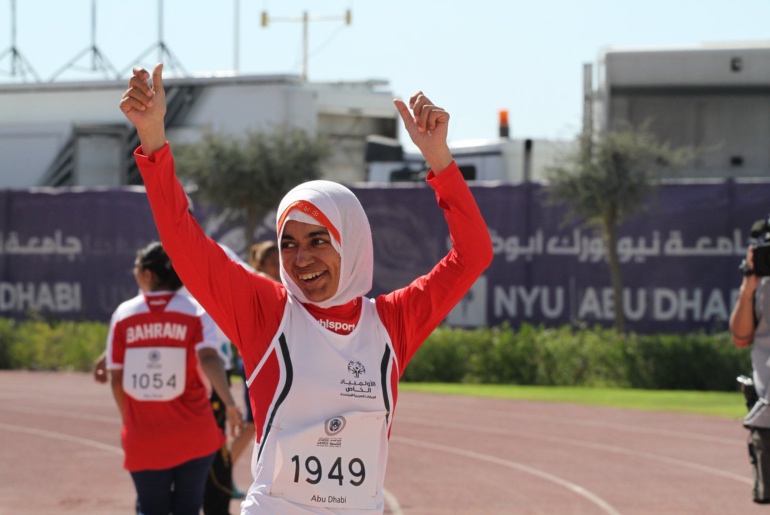 17 gold medals, a huge fan following and lots of inspiration- that’s what will come to your mind when you read about this Emirati sprinter. One of the most celebrated special Olympic athletes, Hamda Al Hosani shot to fame at the Special Olympics IX MENA Games 2018 in Abu Dhabi. 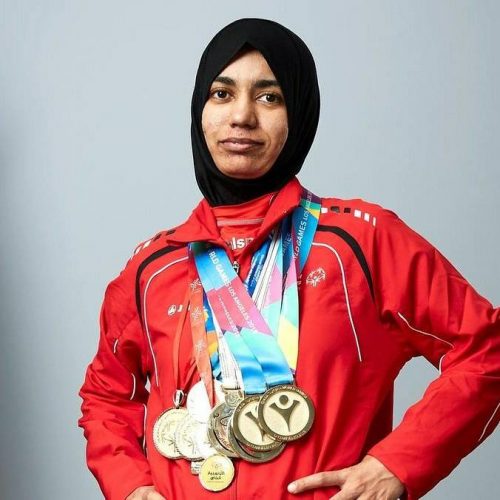 The sprinter took home her 17th gold medal in the 2018 Olympics, but that clearly was not her first win. Hamda shot to fame when she completed the 100m race in an inspiring 14 second in Tunisia. And now, the 27-year old will be taking part in the Special Olympics World Games 2019 in Abu Dhabi.

Hamda is a no-excuse person. She is the first one to reach the Zayed Sports City Stadium, where the team trains and the last person to pack her bags. Although she has suffered epileptic attacks, Hamda has not let it deter her success. In fact, she has had seizures on the track, but the athlete has gotten back on track sooner than anyone could expect.

When she was in grade 6, Hamda battled several health issues and found it hard even to walk without support. However, her grit and determination and the undying support she received from her mother helped her pursue her track dreams.

“When I get scared, I remember all people love me. When I win gold, it is for my country, my president, not for me,” she says. 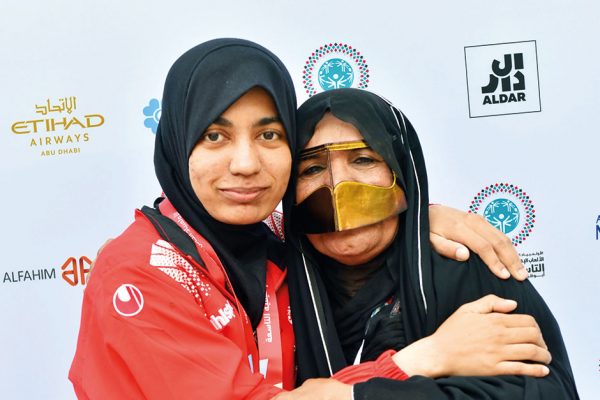 Hamda trains two hours a day with her mother’s help for the Olympics 2019, where 170 countries will be participating in 29 events, from 14 March to 21 March. “In the Middle East people look at ID as a bad thing but I want to change that negative perception,” she says.

Hamda Al Hosani’s burning desire to win, her infectious positivity and her dedication have undoubtedly won her big laurels. And now, Hamda is an inspiration to other children with special abilities to pick the baton and fight the battle.