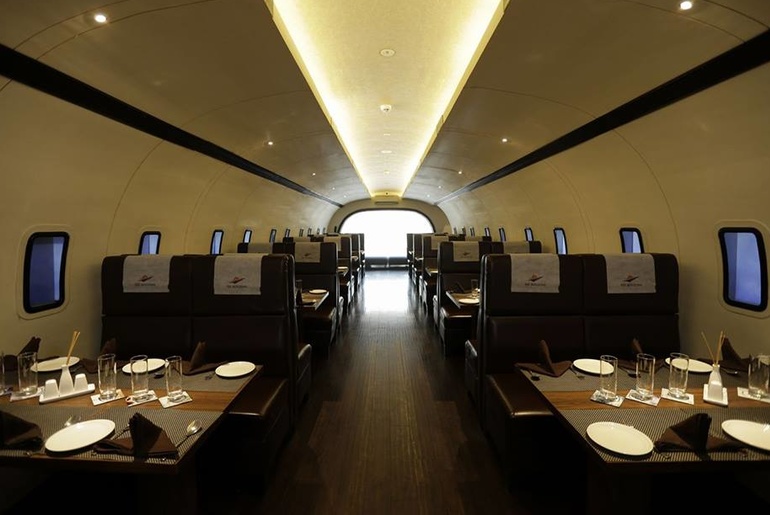 Bon Voyage & Appetite at this aircraft theme based restaurant, one of the first in India, Fly Kouzina, located in Kolkata’s Saltlake city.

Fly Kouzina, is an aircraft theme based restaurant where you can enjoy a meal in a first class flight experience without actually flying 35,000 feet off the ground. You can indulge in a delicious set of cuisine while mentally flying to your favourite destination.

Also read: Nahoum and Sons In Kolkata Is A Bakery That Preserves Kolkata’s Jewish Heritage The interiors of this restaurant resemble that of an aircraft which will give a real feeling of flying high above in the sky and travelling to your dream destination. While you’re at it, indulge in their pure vegetarian multi cuisine with selections from Italian, Oriental and Indian set of menu that will tickle your taste buds. As soon as you enter, you will be given a boarding pass which will have your seat number on it and the seat will be allocated to you. They even have air hostesses to give you an experience of an aircraft on ground level. This culinary experience isn’t to be missed for sure. When are you flying to Fly Kouzina?