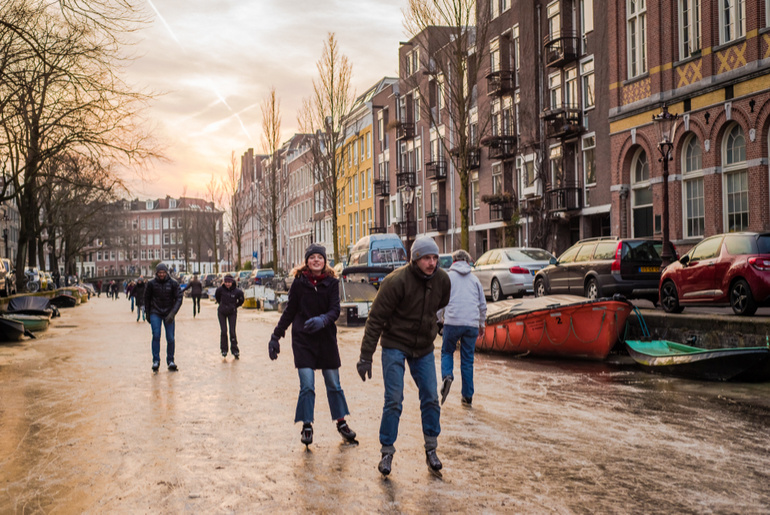 As the current cold weather wave sweeps across entire Europe, locals in Amsterdam have taken to the frozen canals and slithered across the frozen ice.

We’re absolutely gushing with glee by just looking at the visuals of people enjoying their time in the coldest of weathers seen in the UK last week. Amsterdam is not behind when it comes to bearing the cold temperatures and being sporty about it.

Also read: 10 Reasons Why Amsterdam Should Be On Your Bucket List Residents were seen ice skating on the frozen canals instead of staying inside and seeking comfort in their blankets and drinking a hot cup of cocoa. How cool is that?

People were seen braving the ice, clicking selfies, taking to the canals as its the first time the canals have frozen in over six years. People were seen ice skating on Prinsengracht and Keizersgracht canals that froze enough to support human weight.