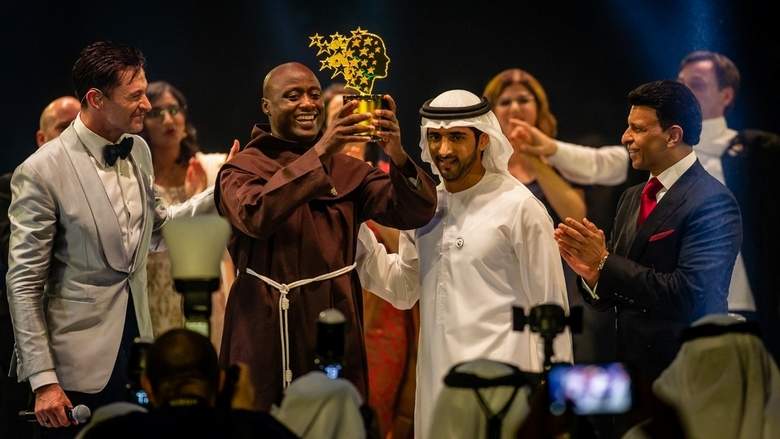 With a computer and internet connection as his sole go-to, Kenyan teacher Peter Tabichi created history and is now crowned  the World’s best teacher. Know his story!

A star studded ceremony was conducted at the Atlantis, The Palm to crown the World’s best teacher and His Highness Sheikh Hamdan bin Mohammed, Crown Prince of Dubai, was invited as Chief guest. Sheikh Hamdan bin Mohammed congradulated Peter Tabichi on the big win and also awarded the World’s best teacher a hefty sum of $1 Million. His Highness also took to Twitter to congratulate the winner.

From Dubai, we congratulate the African continent for Global @TeacherPrize winner, Kenyan maths and science teacher @PeterTabichi. The lack of resources at his school was never an obstacle in the face of his creativity. We believe that teachers are the creators of needed change. pic.twitter.com/cBV3PMripV

It’s not always that students and teachers get to study in the best of facilities. This Kenya teacher only has a computer with internet connection and yet, has been awarded the World’s best teacher.

Peter Tabichi teaches kids in a remote village near Kenya and grit and determination are all that he had. Peter, who was employed as a teacher in a private school, quit his job to help students in need. He then joined as Math and Physics teacher at Keriko Secondary School, in Kenya’s Pwani Village. The best part is that he donates 80 percent of his earning to the poor.

Almost 95% of the pupils who study in his school are poor, about one third are orphans, have only one parent or have been through devastating situations like drug abuse, teenage pregnancy, young marriages and suicides. Students walk almost 7km one way to get to the school.

Peter grew up amidst a lot of challenges. He lost his mother when he was 11 and his father, a primary school teacher was solely responsible for everything- be it house chores or education him. It was his tough childhood that became the driving force behind his noble deed. Peter is certain that Africa will no longer be looked down and one day the young people in this country will also emerge as eminent doctors, scientists and entrepreneurs.

Well, after knowing his story, it definitely does not come as a surprise that he has been nominated the world’s best teacher. Sheikh Hamdan bin Rashid Al Maktoum, Crown Prince of Dubai, gave away the trophy at the Global Education and Skills Forum.

The President of Kenya Uhuru Kenyatta, gave a special video message right after Peter’s big win. In his message he said: “On behalf of all Kenyans, I congratulate you for winning for the Global Teacher Prize for this year. You are a shining example of what the human spirit can achieve, not just for Kenya, not just for Africa, but for the world. Peter, you chose to teach in a remote part of Kenya. You chose to transform life in such situations – a choice that I’m sure was difficult. You give me faith that Africa’s best days are ahead of us and you’re story will light the way for all future generations,” Kenyatta said.

In his victory speech, Tabichi said: “Every day in Africa we turn a new page and a new chapter. Today is another day. This prize does not recognise me but recognises this great continent’s young people. I am only here because of what my students have achieved. This prize gives them a chance. It tells the world that they can do anything.”