This Man Has Travelled The World For Free 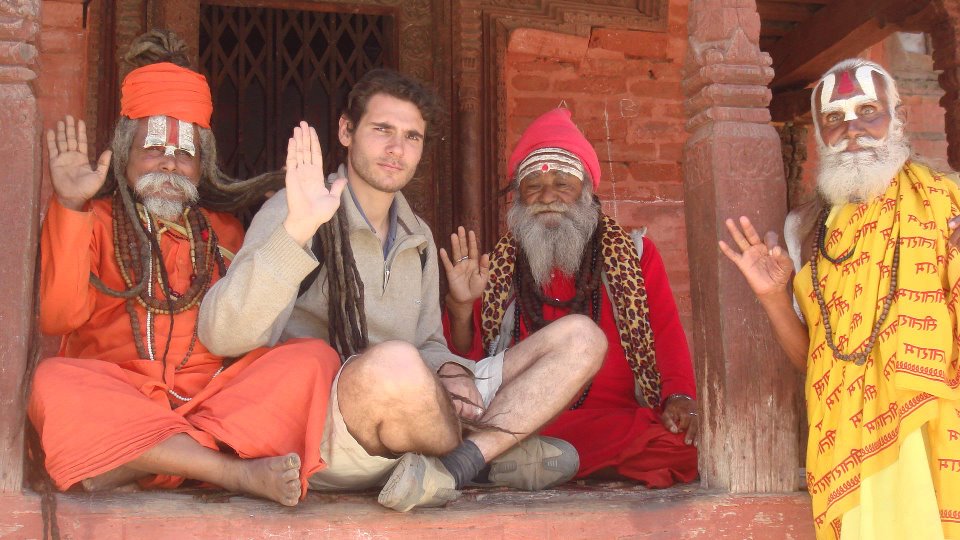 Meet Ludovic Hubler, the Frenchman who started hitchhiking in 2003 when he was 25 and completed his world tour in 5 years.

What is Hitchhiking, You Ask?

Travelling from one place to another, be it a city or a country just by taking a lift. Interesting, isn’t it?

One of the cheapest ways to travel. Just stand by the side of the road with your thumbs up (like asking for a lift), and if you are lucky enough, someone might just offer you a ride. It can be to the nearest gas station, or if you strike up a deal, to the next city of your itinerary.

The Curly Tale of Ludovic

With the desire to discover the realities of the world, Ludovic Hubler decided to start a tour of the world using hitchhiking as his only means of transportation.

He spent zero cents on transport, except the two-way trips with a return to the starting point. Here is a gist of his momentous feat.

He used sail-boat hitchhiking to cross the Atlantic and the Pacific. Managed to reach Antartica with an ice breaker hitchhiking. From crossing the Sahara desert to visiting countries such as Colombia and politically unstable Afghanistan, Ludovic used his thumb to his advantage.

While we refrain waiting for 10 minutes for a friend, Ludovic spent almost 20,000 hours waiting for a lift at service stations and on roadsides. The maximum number of days he spent in a car were 5 and a half days! Can you do this? This was his first ride in Tarragona, Spain.

Approximately, 20,000 people refused to give him a ride and more than 1,00,000 cars did not pay him any attention while he was asking for a lift.

He had to earn his ride. While we wish the world is full of selfless and generous people, the reality is something else. Ludovic was asked to work in return for a free ride. So, he had to work in 10 different boats to continue his journey. This included the Canary Islands to Cape Verde, Cape Verde to Brazil, Ushuaia to Antartica, Colombia to Panama, Panama to New Zealand and this one was 3 and half months. Then, it was New Zealand to Australia, Australia to Indonesia, Yamdena Island to West Timor (Indonesia), West Timor to Flores (Indonesia). This is one long list!

His only companion for five full years was his backpack.

Unless he met Marisol in Panama in the year 2005. He instantly fell in love with her and wished to marry her but with a strong desire to complete the world tour, he put his love life to rest. Ludovic continued hitchhiking around the world and stood by the promise he made to himself.

Wonder what happened to the girl? Soon after, he finished with his world tour goals, Marisol Richards Espinosa became Marisol Hubler in 2009. The best part about hitchhiking is that it is free or can be done at a very low cost. Moreover, you meet new people every time and therefore, it’s a great way to connect with people of different cultures. Hitchhiking also allows to you explore the city and the locals in greater depth.

However, one should be careful while hitchhiking with strangers. It can lead to endless mishaps if you are caught unaware. It is also important to know the rules of hitchhiking in countries like USA or Canada, failing to adhere to which might even earn you a jail sentence.