Hampi n Karnataka is all set to get the world’s tallest Lord Hanuman statue at 705-feet. While Ayodhya is all geared up to construct the Ram Mandir after collecting donations of ₹100 crores, a 108-feet tall Hanuman statue might also come up in the city. Srinivas, a resident of Hyderabad has sought permission from the Sri Ram Janmabhoomi Teerth Kshetra Trust to construct this Hanuman statue in Ayodhya. Using black granite from Tamil Nadu, the talks for this upcoming statue is on the way.

108-Ft Lord Hanuman Statue To Come Up In Ayodhya

Ayodhya might soon get a majestic black granite statue of Lord Hanuman. A resident from Hyderabad, Sriniwas wishes to construct this 108-feet statue. According to Hindustan Times,  Sriniwas stated that the statue shall be made with black granite from Mahabalipuram in Tamil Nadu. The trust has requested Sriniwas to present a 3D design of the statue. Sriniwas said  .“My trust has prepared a ₹50 crore project to install a 108-ft statue of Lord Hanuman at Ram Janmabhoomi.” 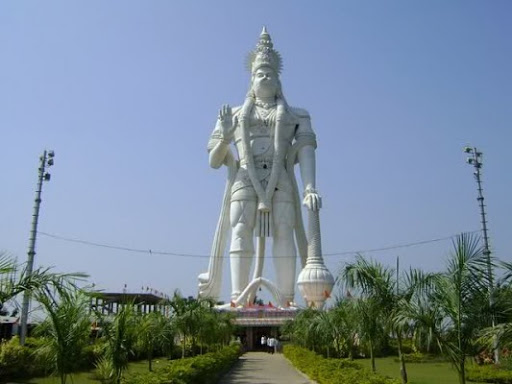 Apart from this statue, Sriniwas also requested the trust to give him permission to offer prasad to devotees at Ram Janmabhoomi daily. He also stated to Hindustan Times. “I have asked the trust to provide me space for cooking prasad. This will be the same prasad offered to Ram Lalla daily. It will be given to devotees when they leave the Ram Janmabhoomi campus.” This was about Ayodhya. In Bangalore, a Muslim man donated land worth ₹80 lakhs to develop a Lord Hanuman temple. He believed all Gods are one. And that was truly a spiritual and noble move. So, here are 10 unusual temples you must visit in India to connect to the divine.