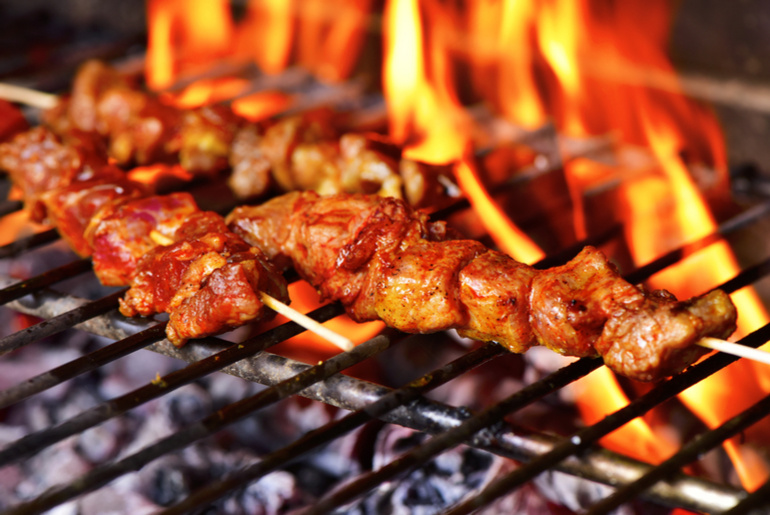 We’ve heard of many themed restaurants but have you ever heard of a themed bike that is making delicious BBQ chicken tikkas and more with dialogues of Sholay written on it? Sholay is one of the most iconic Bollywood movies which never gets old, but it definitely stays in our hearts. The undying love for the movie is seen in fans countrywide and the main duo who started the Sholay the BBQ bike are Lakshya & Krishna.

If you’ve spot Sholay the BBQ Bike on the streets of Ghaziabad then consider yourself lucky and head out to try the juiciest tikkas for your hungry soul. In one of the most iconic movies of Bollywood, Sholay has a scene where a bike is used for Jai and Veeru to travel around, this bike imitates the same and even has some famous dialogues written on it like “Kitne Aadmi the?” which attracts the customers.

Also read: Get To Know The First Women Motorcycle Club In India – The Bikerni The food served at this bike is delicious and will get you drooling with their delicacies. They have some hot piping juicy barbecue dishes from Chicken Tikkas to Paneer Tikkas and lots more at affordable prices (₹100).