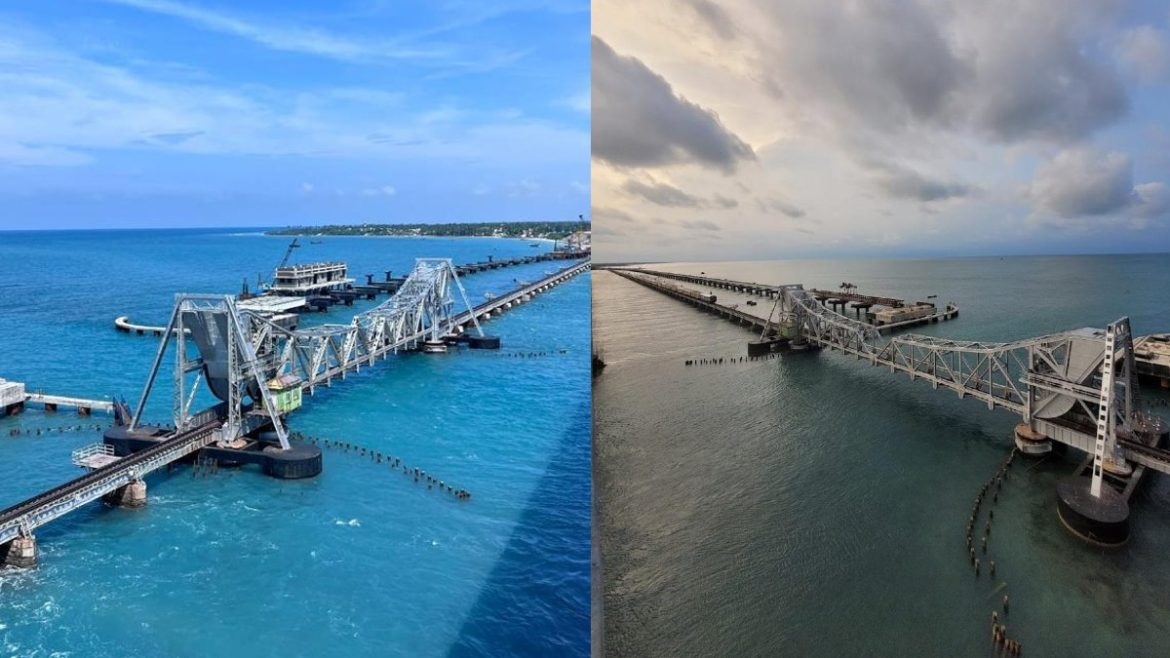 India’s first vertical lift sea bridge is all set to give you one more valid reason to travel to Tamil Nadu. The new Pamban bridge, which is currently under construction, is all set to replace the 105-year-old Pamban bridge — connecting Rameswaram to mainland India. The Indian Railways recently shared pictures of India’s first vertical lift sea bridge and it’s breathtaking!

Ministry of Railways took to Twitter to share pictures and the latest updates of India’s first vertical lift sea bridge — the new Pamban bridge. Nestled on the Palk Strait, the under-construction architectural marvel looks imposing. It stands tall on the blue waters as the grey clouds glide over it, almost resembling a painting. Well, we can’t wait for the new bridge to be officially open to the public. Travelling on this majestic sea bridge would be no less than an important part of our Tamil Nadu travel checklist!

Also Read: 5 Historic Churches In Tamil Nadu That You Must Witness

The Indian Railways revealed in its Twitter caption that 84 per cent of the work has been completed on the bridge. Currently, workers are laying tracks on the bridge. Moreover, the fabrication of the vertical lift span girder will also be completed soon. And the assembling platform for the vertical span on the Rameswaram end of the bridge is being readied.

Well, this is something you must certainly look forward to. Meanwhile, have you travelled to the “City of Gods”, Rameswaram? Watch this video to know it all and plan your itinerary!