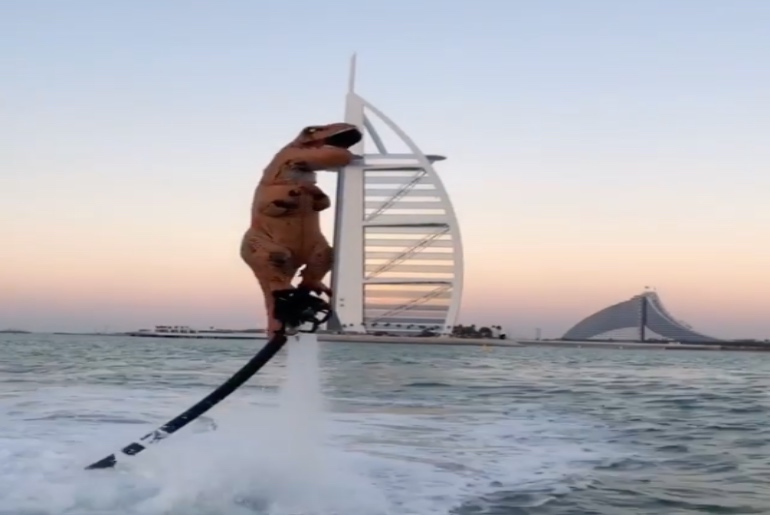 Dubai woke up to a ‘flying’ dinosaur next to the Burj Al Arab! Wondering what is it? Professional Fly-boarder Manea Al Marzooq was doing what he does best, in an inflatable dinosaur costume.

Dubai is known for all things- be it tallest, biggest, or even the weirdest. And, this one falls under the last category. One of the city’s major landmarks- the Burj Al Arab has been a grand backdrop for many events, but this time it took stage for something unique. 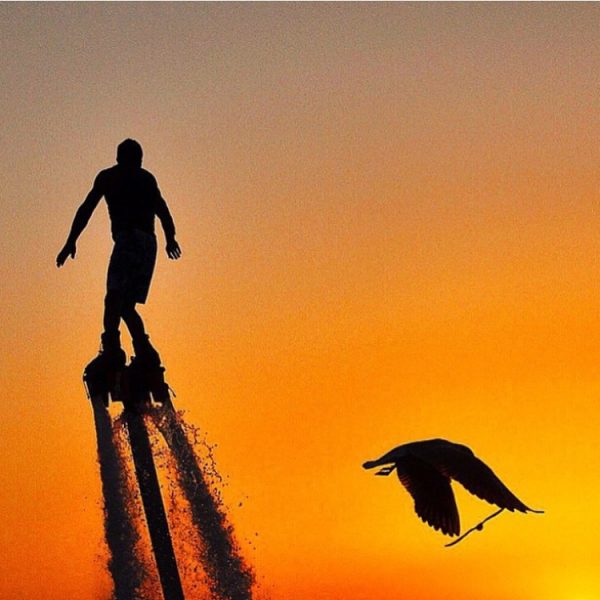 Professional Fly-boarder Manea Al Marzooq, made heads turn as he donned an inflatable dinosaur costume, hopped on his sky board and flew sky high, almost reaching the Burj Al Arab. And best of all- he made it look like a cake walk! He even took to Instagram to post a video, which is currently doing rounds and has even gone viral.

With a whooping 43K followers on Instagram, Manea quit his well-paying job to pursue his passion and his decision has definitely done him good (if we may say so). One look at his Insta account and you will see jaw-dropping pictures of him sky barding against sky-scrappers, spectacular sunsets, and of course bagging some big wins for the sport. 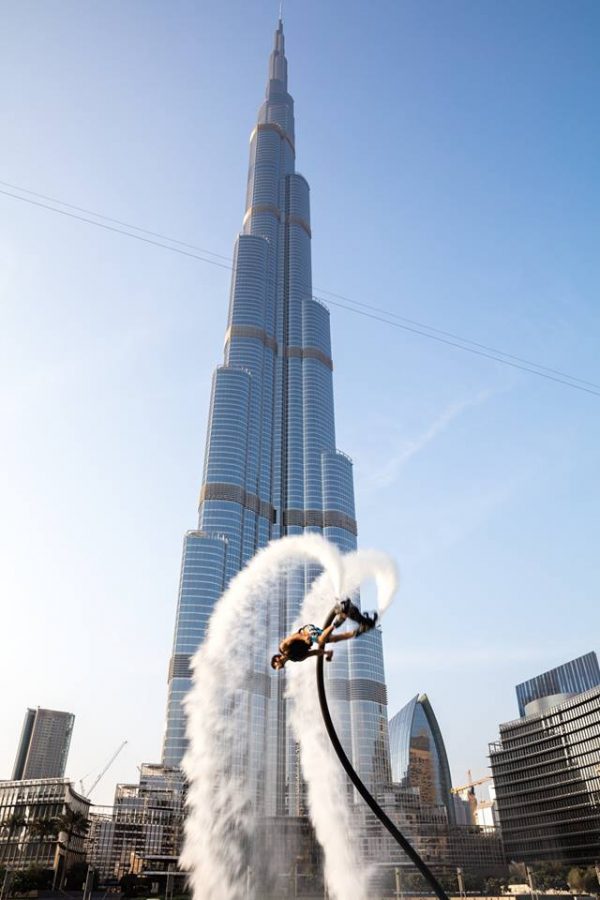 Are you an adventurous junk and love that adrenaline rush, then we have you covered. Here are top 5 adventures that one must try in the United Arab Emirates.