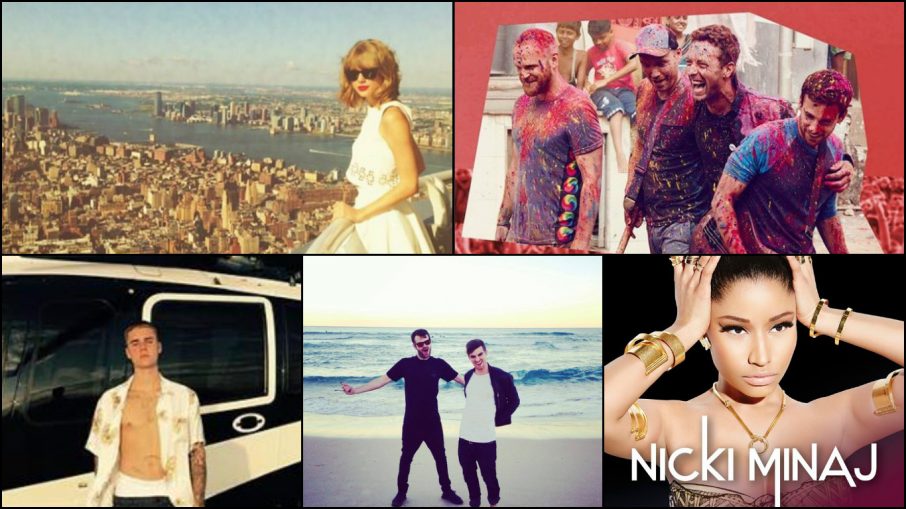 Music and travel is a beautiful combination that not only makes you feel good but also transports you to a different world altogether. A music video is the quickest way to embark on a journey around the world and this week, Justin Bieber, Taylor Swift, Coldplay and Chainsmokers gave us some serious international travel goals with their chart-busters.

Closer, the newest chart-buster is topping the charts across multiple countries. For those who are unaware of this number, it is a beautiful song featuring a young couple traveling across California.  Apart from the beaches, the song has shots of the popular coastal highway of Point Mugu. The song also features Mugu Beach, one of the popular beaches, spreading across along a five-mile stretch of coastline in Point Mugu. Closer, for me, is a must watch summer track that shows the beauty and simplicity of the coastal landscape.

Company is one of my favourite Justin Bieber numbers. It is a documentary-style video directed by the teenage heartthrob’s personal videographer Rory Kramer. The video flaunts Bieber’s globe-trotting life. In this video, Justin travels checks Santorini and Iceland off his bucket list. The video starts at Santorini which is a beautiful and popular island in Greece and amongst the most romantic destinations in the world. The another place shown is Iceland, which is a mountainous island nation in the North Atlantic Ocean. Iceland adds a dramatic and contrasting landscape, on one hand, it has snow-clad mountains and glaciers and on the other, it has volcanoes, lava fields, and hot springs.

3. Hymn for the weekend by Coldplay

Coldplay for me is the Imtiaz Ali of Bollywood in a way that both travel extensively in their songs. The locations used in their songs tell a story that becomes an integral part of the video & films. Hymn for Weekend displays the vibrant life of Mumbai, Kolkatta, and Varanasi. As a matter of fact, this song was shot during holi. In addition, you can see shots of the river front, which is the most popular pilgrimage spot of Varanasi, and home to a lot of saints and sadhus. Varanasi, also known by the name of Kashi, is one of the oldest cities in the world.

Taylor Swift’s ‘Wildest Dreams’, that takes you on a Safari ride. Shot in the jungles of Botswana and South Africa,  it shows the rich & abundant wildlife of the country.  The aerial views in the video show the Kalahari Desert in Botswana. The gigantic Central Kalahari Game Reserve, with its river valleys and lush grasslands, is home to numerous animals including giraffes, lions, cheetahs, hyenas and wild dogs, a lot of it is well captured and shown in the video.

5. Pound the Alarm by Nicki Minaj

Pound the Alarm is a quintessential carnival song shot in Trinidad and Tobago. Interestingly, it also happens to be Nicki Minaj’s home country. Trinidad-Tobago is a dual-island Caribbean nation near Venezuela that boasts of hosting elaborate carnivals featuring calypso and soca music. The video very well captures the world’s biggest and wildest carnivals with thumping music and display of fireworks. The video has Nicki Minaj with attractive dancers wearing giant headdresses & colorful costumes.

So, which song has inspired you to pack your bags? Tell us in comments below.