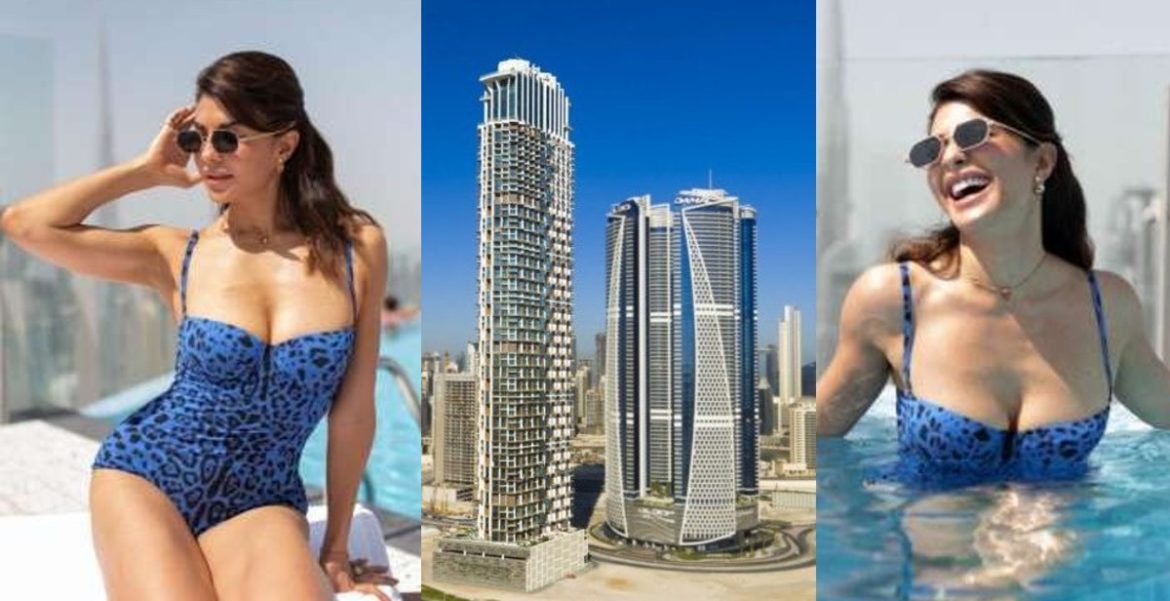 It turns out that Janhvi and Khushi Kapoor aren’t the only Bollywood stars vacationing in Dubai. Jacqueline Fernandez is also there on vacation. The ‘Kick’ star shared a few photos from her vacation in the Caribbean. Jacqueline’s images from her relaxing pool time were posted on her Instagram account on Friday. Jacqueline is wearing a blue swimsuit in the photographs. She completed her ensemble with a pair of sunglasses. The only filter she had was sunlight. ‘Pool baby,’ she captioned her photo. Her Instagram followers flocked to the photos in droves. The actress enthralled her Instagram followers with photographs of herself in the pool. In a blue swimsuit, she looked really stunning.

Jacqueline Fernandez Is Living Through Her Pool Time In Dubai

Dubai is a famous tourist destination for many people all over the world, and Bollywood celebs are no exception. Jacqueline Fernandez, who is on vacation in Dubai, is having a wonderful time. She also shared a behind-the-scenes look at her home during her staycation. Her colourful trip at SLS Dubai has made our eyes go green with her blowy photographs. The Sri Lankan beauty did it all, from posing by the pool to taking a swim. Jacqueline dubbed herself a pool baby after posting the photographs on Instagram.

Also Read: Deepika Padukone Dines Out With Friends In Dubai; Shows Us How To Party!

SLS Dubai is an absolute delight in the skies. If you’re looking for a memorable staycation place, SLS Dubai should be at the top of your list. The rooftop is where the new hotel’s most prominent feature can be found. Two world-record-breaking infinity pools stare out over the Dubai skyline. This provides a clear view of the Burj Khalifa. You’ll only be able to use the pools if you’re staying at the hotel. However, the hotel has a number of fantastic restaurants that will provide you with breathtaking views. Many conventions are turned on their heads at SLS, which will surprise you from the moment you step through the doors. 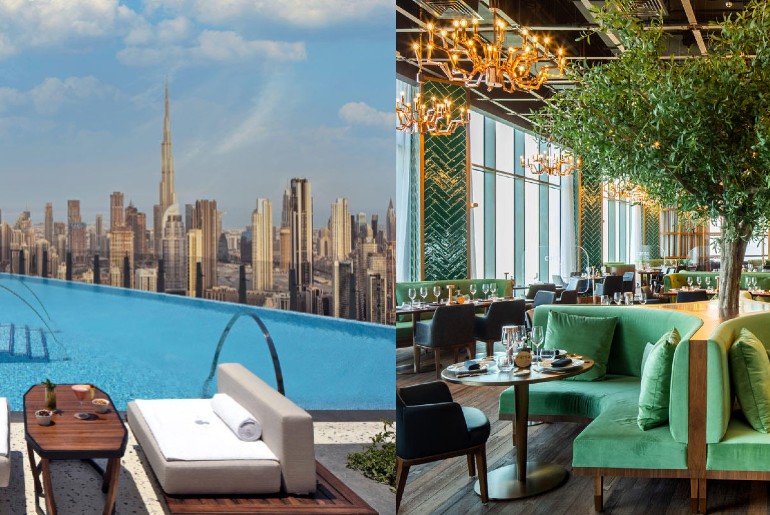 What’s On The Work Front?

The release date for John Abraham and Jacqueline Fernandez’s upcoming thriller, Attack, was just revealed. On January 26, 2022, the film will be released in theatres. Jacqueline will also star alongside Akshay Kumar and Nushratt Bharucha in the film Ram Setu. The film is set to hit theatres on Diwali 2022. Bachchan Pandey, a film starring Akshay Kumar, will be her next project. The film, directed by Farhad Samji and starring Kriti Sanon, will be released in theatres on March 4th. Jacqueline has also been cast in the Salman Khan and Katrina Kaif film Kick 2.