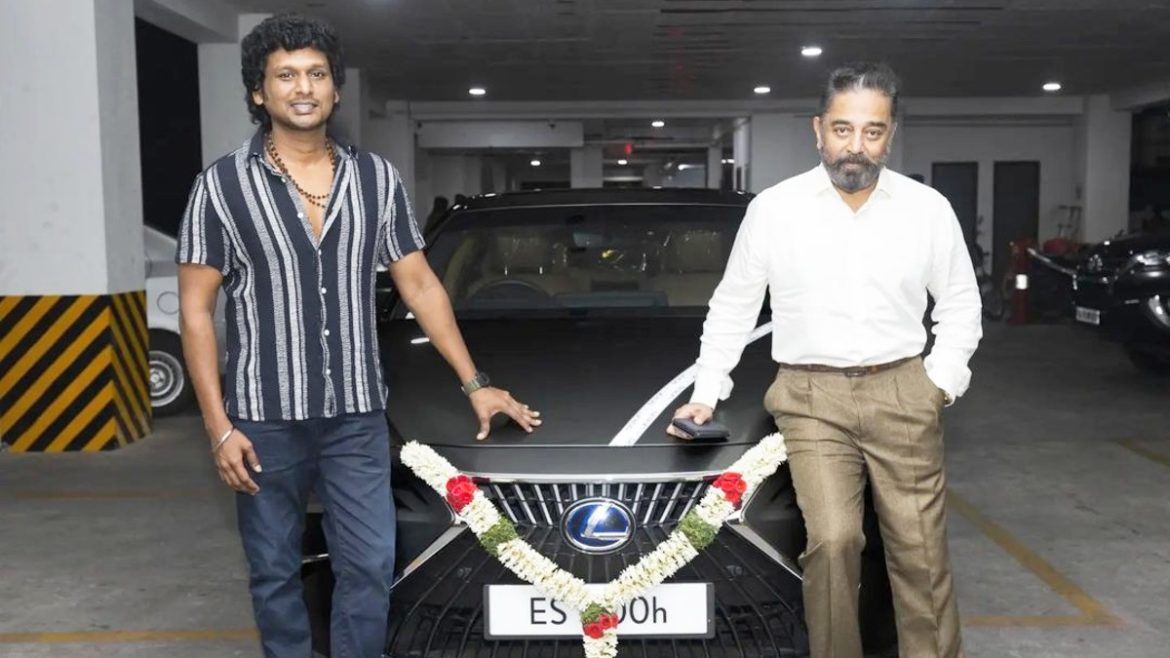 After the grand success of the Tamil movie Vikram, elated Kamal Haasan gifted a Lexus car to the director of the movie Lokesh Kanagaraj. He also gifted Apache bikes to the assistant directors. The movie hit the screens on June 3, 2022, and in three days only bagged over ₹100 crores. So, Kamal Haasan now rewarded the directors with a luxurious Lexus car and bikes to ensure that they can enjoy some amazing road trips.

A couple of weeks back, Kamal Haasan posted a picture from the Cannes Film Festival 2022 donning a classy black suit set. In another set of pictures from the festival, the actor is seen posing by the cityscape in a traditional designerwear.

Apart from being a legendary actor, Kamal Hasaan has showcased his excellence in other spheres too, like dance, direction, writing and even politics. His latest movie Vikram also stars Fahadh Faasil, Arjun Das, Shivani Narayanan, Suriya and Swathishta. Vikram also entered Metaverse and its NFT was revealed at the Cannes Film Festival.